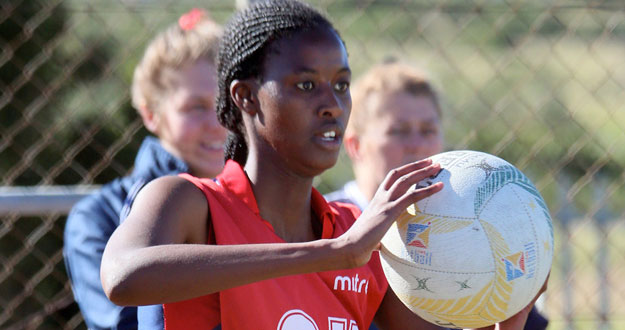 Port Elizabethans will have a rare opportunity to see some of the world’s top netballers in action when the Nelson Mandela Metropolitan University hosts an international quadrangular test series in October.

South Africa will take to the court against England, Wales and Trinidad & Tobago in the four-nation tournament, which takes place at the university’s Missionvale Campus.

SPAR-NMMU netball manager Theresa le Roux said it was a real coup for the institution, which had some of the best facilities the Eastern Cape had to offer. “The tournament is also perfectly located, as it will draw a lot of enthusiastic local spectators who never get the opportunity to see top-level netball.”

The institution will host the event on behalf of the Nelson Mandela Bay Netball Association.

“We have a very good working relationship with our local and provincial structures and Netball South Africa, not only because of the facilities we offer, but also in terms of the players and officials who have come through our ranks,” said Le Roux.

Two SPAR-NMMU team members, Zanele Mdodana and Zanele Vimbela, are once again up for selection for the SPAR Proteas squad. Mdodana is the current vice-captain and most-capped player in the national side.

Another pair of local girls hoping to crack the nod are Colleen Ferreira and Mudi Mudenga from the Framesby Netball Club.

Le Roux said the national squad would be announced at the end of August. “The umpires for the test series will be appointed by Netball South Africa, but I’m sure our own local international umpire Theresa Prins will be one of them.”

Also flying the Bay’s flag will be SPAR-NMMU head coach and former national player Lana Krige, who is the technical convenor for the Proteas side.

The test series will take place from October 20 to 25. Le Roux said all games would be televised but invited Bay residents to come down and see the action live. “It’s a great opportunity for locals to get behind our national team and see their heroes on home turf.”