In her previous role, Sörling served as ITTF’s executive Vice President of finance. Considering her unflinching commitment towards the growth of the sport, Sörling was elected for a four-year term unopposed as she will succeed German official, Thomas Weikert who decided not to seek re-election.

Sörling stated that her goal is to create value through a membership centered governance, whilst strengthening the commercial growth of table tennis on four pillars namely, ITTF family, governance, growth, and sustainability.

“I want to secure table tennis’s position as one of the world’s leading sports and aim even higher among the leading sports and reach for the top at the forefront of the sport community as a modern, diverse, and unified world-class sport federation. We are in a fast-transforming era when it comes to business and sport. It’s not only table tennis. We have to move on but without losing our tradition or our core values.”

To conclude, she promised the entire table tennis family that she will keep her promise.

“I am deeply honoured to have been chosen for this position. I would like to thank all my dear friends and colleagues from the entire table tennis family. Furthermore, I want to be a President for all of you. I will work for and with you in the coming years; and I will keep my promise to you — to listen – as achieving my mission of leading the ITTF will not be possible without your valuable thoughts and commitments.” 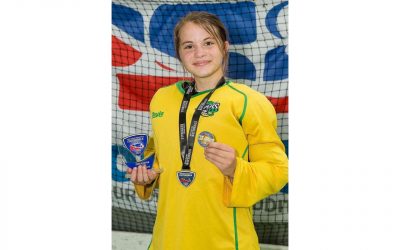