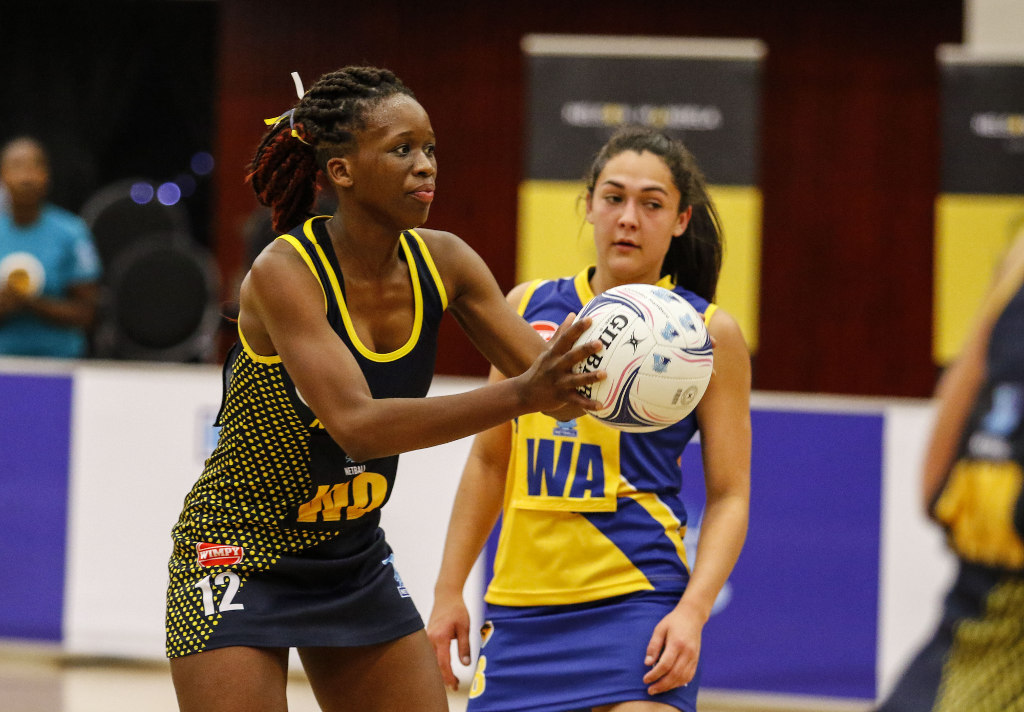 Madibaz star Nobubele Phuza made an early impression on the Varsity Netball tournament when she was twice named player of the match on the opening weekend in Port Elizabeth.

Playing at Nelson Mandela University’s indoor sports centre, the SPAR Madibaz team got off to a flying start with victories over University of Western Cape and Vaal University of Technology.

The 25-year-old Phuza, playing at wing defence, won both match awards, but acknowledged that there were still aspects of her game she could improve on.

“Personally, I am feeling confident in what I have achieved,” said the sociology master’s student. “I managed to execute the things that I have been working on with the coaching team.

“I know I need to work on certain aspects of my game, like my over-ball defence, to offer more to my team.” – Nobubele Phuza

Phuza has been included in the University Sport South Africa team to compete in the World University Championships in Uganda next month and said the Varsity Netball tournament was the perfect chance to test herself.

“The UWC and VUT players have different playing styles, so the player-of-the-match recognition means I can handle a variety of opponents, something I will face in Uganda.

“With that said, we must remember that defence depends on teamwork and I must acknowledge the work done around me by my colleagues to make space for the intercepts that I took.

“On a lighter note, I have been needing new takkies after my takkies tore at practice a while back. The player-of-the-match prize means that I don’t have to tape my shoes any more – I can just get a new pair!”

Phuza said they based their success at the weekend on the intensive preparation they had undergone.

“As a team we have worked hard to be mentally, spiritually and physically ready for the series,”

“I’m personally excited by strong opponents because they stretch your boundaries.” – Nobubele Phuza

“Unlike week-long tournaments, you need to pace yourself in this tournament, ensuring that you play your best netball when it counts – in the final stretch.

“I think the work that has been put in by our coaching staff and management showed in the first matches. So we will go into the rest of the matches feeling good and ready for the challenge.”

At the weekend, Madibaz overturned a loss they suffered against UWC at the USSA tournament and Phuza said that was a boost for their morale.

“We were obviously excited to walk away with maximum points,” she added.

“But we also realise that there are things we still need to execute because the series just gets tougher from here.

“Next week [Monday] we play an experienced UP-Tuks team who have just come back from New Zealand where they did well against some top league teams.

“I’m personally excited by strong opponents because they stretch your boundaries.” – Nobubele Phuza

She added that Sunday’s match against University of Johannesburg would also be “mentally challenging”.

“They have so much spirit and give a great fight until the last whistle,” said Phuza. “If you let that kind of team ride on their energy and give them even a modicum of hope, they will exploit it and make it very hard to win.”