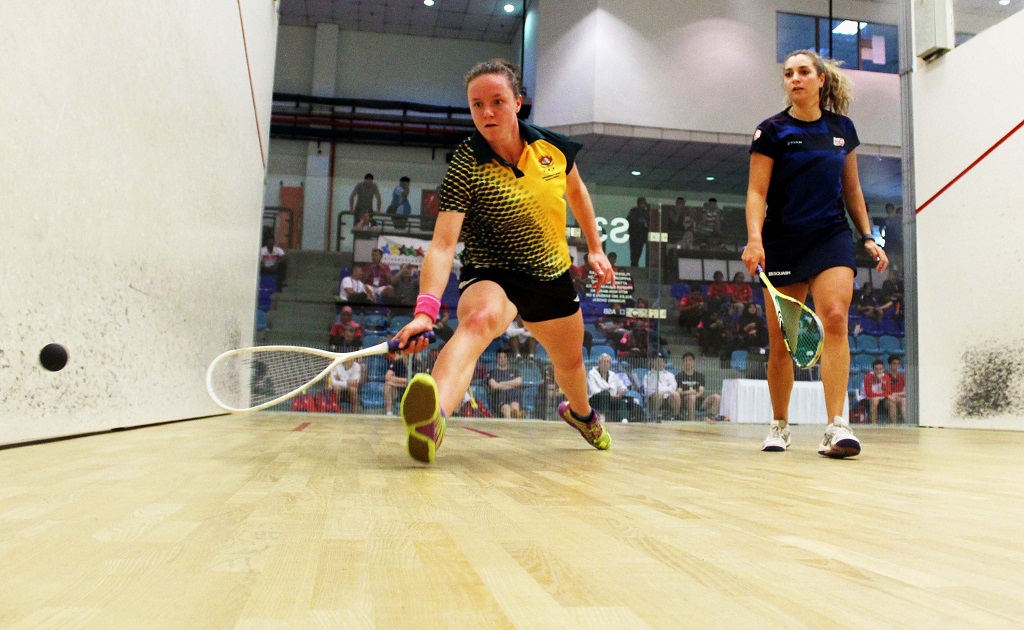 Pienaar at the pinnacle of varsity squash

Squash star Alexa Pienaar will use her success at the University Sport South Africa tournament as a stepping stone to higher honours as she bids to make her mark in the game.

The 23-year-old University of Johannesburg fine arts student reached the pinnacle of varsity squash when she was crowned champion at this month’s individual event in Johannesburg.

In addition, Pienaar, who was the individual runner-up last year, helped her team to the overall title, the sixth year in a row UJ have claimed Ussa honours.

“I was very happy and relieved to win the Ussa title,” she said. “I was just pipped for the title last year and have worked hard since then.

“It was definitely one of my goals. I have done better each year and hopefully I can keep it up in the future.”

Pienaar, who is in residence at UJ, has proven herself in varsity squash and is enjoying one of her best years in the game.

“This year I made the semis at the SA Nationals and SA Open, which is by far the best I have ever done,” said the third-year student who won a bronze medal as a member of the South African team at last year’s World University Championships.

She also represented South African Country Districts at the Kaplan Cup interprovincial in Pretoria this month, a team she connected with while growing up in George before moving to the capital city at the age of 15.

Pienaar, who attended Outeniqua Primary and Menlo Park High, paid tribute to the programmes in place at UJ.

“My game has certainly improved in terms of my fitness and stamina. I have been able to take my game to the next level, upping the pace, playing longer rallies and putting my opponents under more pressure.

“UJ have also supported me financially which allows me to play more tournaments like the World Student Championships.”

She has also had assistance from a number of coaches.

“I have three people who I consider my mentors and who have supported me all the way in Charlie Amm, Craig van der Wath and Mike Bester.

“Mike is the UJ coach who has recently stepped into my life and has played a significant role in my development in the past few years.”

While much of her time is taken up by her studies, Pienaar relaxes by playing golf, hiking or simply watching movies.

She said she was working towards making the senior national team (top five in SA) for next year’s world championships.

“I need to keep working on my physical ability and stay committed. I know I will have to put in that extra little bit of work to achieve my goals.”

CAPTION: University of Johannesburg squash star Alexa Pienaar achieved one of her goals by winning the individual title at the University Sport South Africa tournament in Johannesburg this month. Photo: Supplied