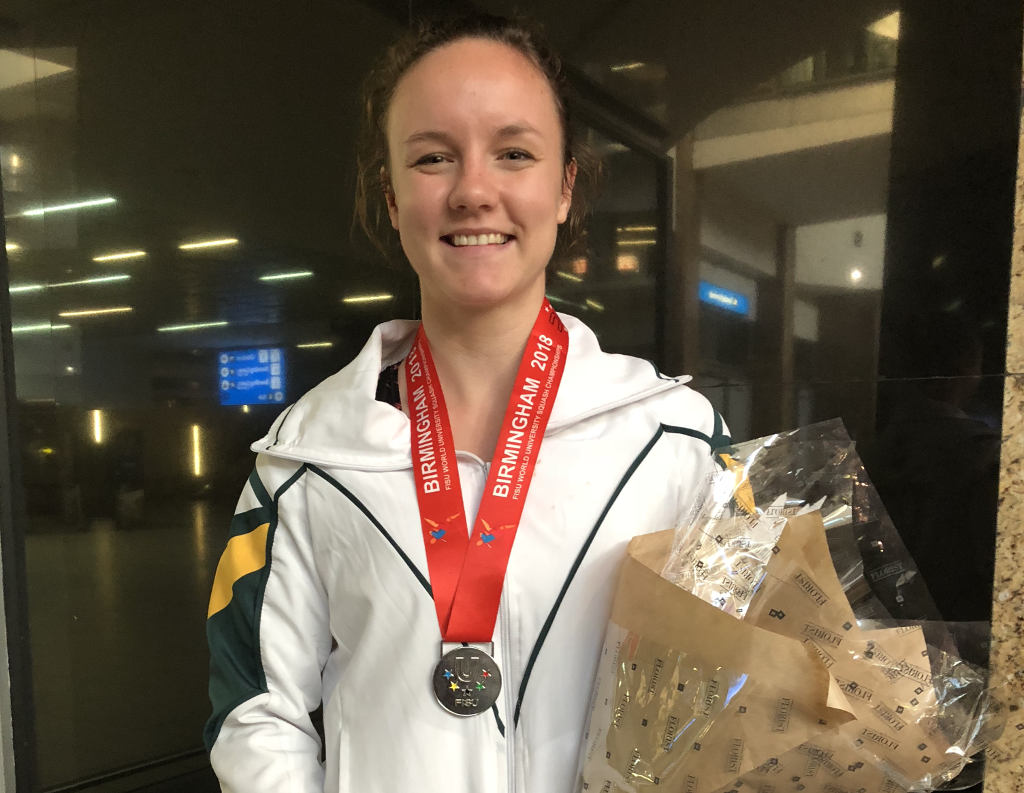 Not only is the University of Johannesburg star aiming to capture another individual title, she and the team will also be targeting the overall title as the squad strive to continue a remarkable record in the week.

Last year UJ won the title for the seventh straight year in Port Elizabeth and they want to add to that when they defend their crown at UCT.

Spearheaded by experienced players such as Pienaar, Kyle Maree and captain Blessing Muhwati, UJ will again be leading title contenders, even though they have lost their No 2 women’s player from last year in Kacey-Leigh Dodd.

“We have some good continuity from last year, with Kacey-Leigh, who has finished her degree, the only one who has left,” said Pienaar, who is doing her Master’s in fine art.

“This leaves Jennifer Preece to step up to play at No 2 for the first time, while Panashe Sithole, a talented first year and the newest member of our team, will slot in at No 3.

“I believe this will give us great depth, which is so important at a tournament such as this. There is lots of potential for the future in the team.”

The USSA week will start with the individual tournament, which runs from Sunday to Tuesday.

Pienaar, who lives in Linden in Johannesburg, defeated the experienced Lauren Siddall in last year’s final and will be chasing her third straight title in Cape Town.

“Naturally, defending the title is my main goal but I want do so in a good spirit and to be an example to young up-and-coming players,” said the 24-year-old.

She felt the competition for the individual title would be tough.

“My own teammates, Jennifer and Panashe, are right up there and then there are players like Hayley Ward from Nelson Mandela University, Danell Douglas from North-West University and Mariska Wiese from Pretoria who will all be difficult to beat.”

The individual tournament plays an important role in the USSA week because the varsities are ranked for the team event on how well their players do in the individual section.

It will be followed by the team competition from Wednesday to Friday.