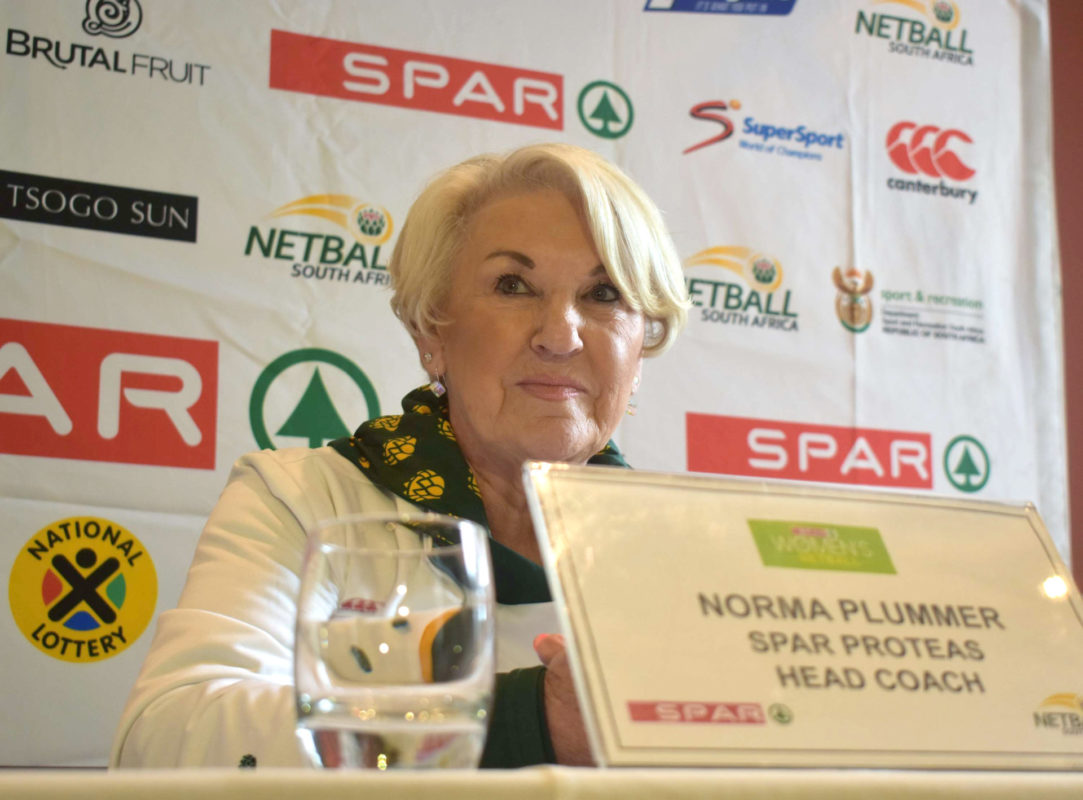 There are several new faces in the SPAR Proteas netball squad to play in the Quad Series in New Zealand and Australia next month.

Announcing the squad after a training camp in Pretoria, head coach Norma Plummer said the loss of three key centre court players was a major blow to the Proteas.

Precious Mthembu is still recovering from an injury sustained during the Commonwealth Games earlier this year, Izelle Griesel requires ankle surgery and veteran player Erin Burger has been laid low by a virus that is expected to keep her out of action for another four months.

“But this opens the way for other players to show what they can do,” – SPAR Proteas Netball Head Coach Norma Plummer

“Rome Dreyer has been knocking on the door for some time and she finally gets her opportunity.

“I am also very interested with Khanyisa Chawane and Jessica Khomo, who now get their chance.”

Goal attack Meagan Roux has also been included in the squad for the first time. “I’ve had my eye on her for a while,” said Plummer. “She also plays wing attack, so she is very versatile.”

Plummer said the 15-member squad would travel to New Zealand on 8 September for the first leg of the Quad Series, which involves Australia, New Zealand, England and South Africa.

“I will have a week with them before their first match,” she said. “We are taking a squad of 15 as a precaution,” said Plummer.

“We lost Lenize Potgieter and Danelle Lochner right at the start of the Commonwealth Games and that really threw us. I am very happy to have them both back.” – Norma Plummer

Plummer said England’s victory at the Commonwealth Games had been very good for international netball.

“As an Australian, I obviously wanted the Diamonds to win the gold medal, but England winning has given world netball the shot in the arm it needed,” said Plummer.

“A lot of England players are now playing in the Australian league, as well as a number of our Proteas. They are learning all the time and it means the gap is closing. I have always said we need to get as many Proteas as possible playing in Australian and New Zealand leagues.

“New Zealand finished outside the medals, which shows they can be beaten, although I think they will very soon be back to where they were.”

The SA squad for the World Cup in Liverpool next year will be selected at a later stage.