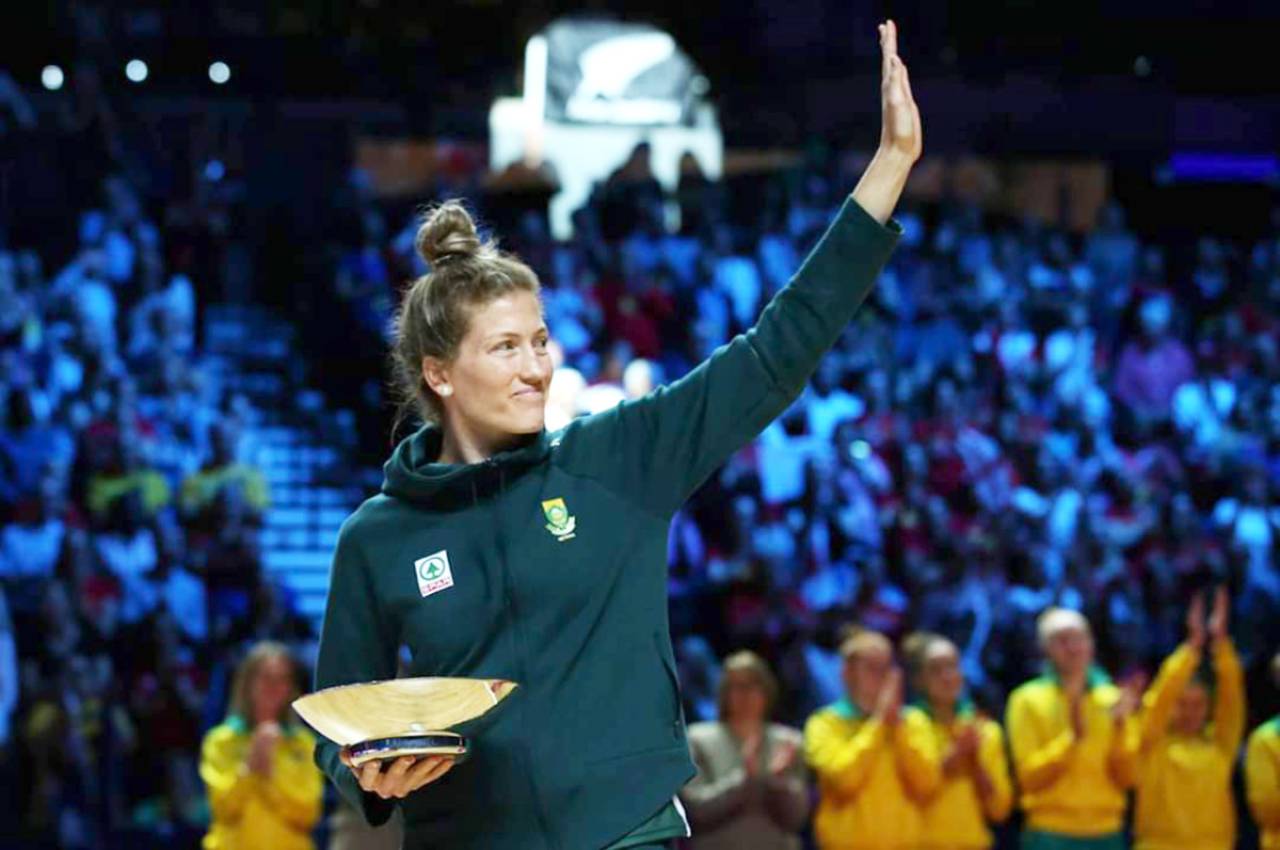 Although Karla Pretorius could not quite succeed in seven successive national winning titles, she was richly rewarded by her Australian club and recognized by Suncorp Super Netball for yet another outstanding season.

Furthermore, the Protea goal defender was a member of this year’s Super Netball Team of the Year. It was also the second year in a row that the intercept queen finished with the most number of interceptions (she nabbed 69 in total) in the competition.

Lightning lost in the final of the Australian premier competition. It was the seventh consecutive final of a national competition for Pretorius. She was a member of the Lightning team who claimed the Super Netball trophy in 2017 and 2018. Before that, she won South Africa’s Premier League with the Free State Crinums between 2014 and 2016. In 2013, when only the SPAR National Champs was played, Pretorius was a member of the winning Free State side.

In both the Premier League finals of 2015 and 2016, she was the Player of the Match. She repeated this feat in the 2017 Super Netball final. Pretorius has proven to be quite the trophy magnet. Already in her trophy cabinet in 2019 was the ones she received as the Player of the Quad Series and the top player at the World Cup.

“Karla is recognized as one of the best intercept defenders in the world,” Taurua said in a Lightning press release.

“She is explosive, clean, relentless and has a knack of getting ball at crucial moments to turn a game. Karla demonstrates our club’s values through behaviours both on and off the court and is consistent in her approach and court conduct.

“Her outstanding contribution to the team has also been recognized by her peers and as such, she is highly deserving of the Lightning Player of the Year honour,” Taurua said.

Photo 1 Caption: Karla Pretorius previously pictured waving in appreciation for the crowds’ support after receiving her Player of the Tournament honours at the M&S Bank Arena at the 2019 Netball World Cup in Liverpool. Photo: Reg Caldecott/Gallo Images