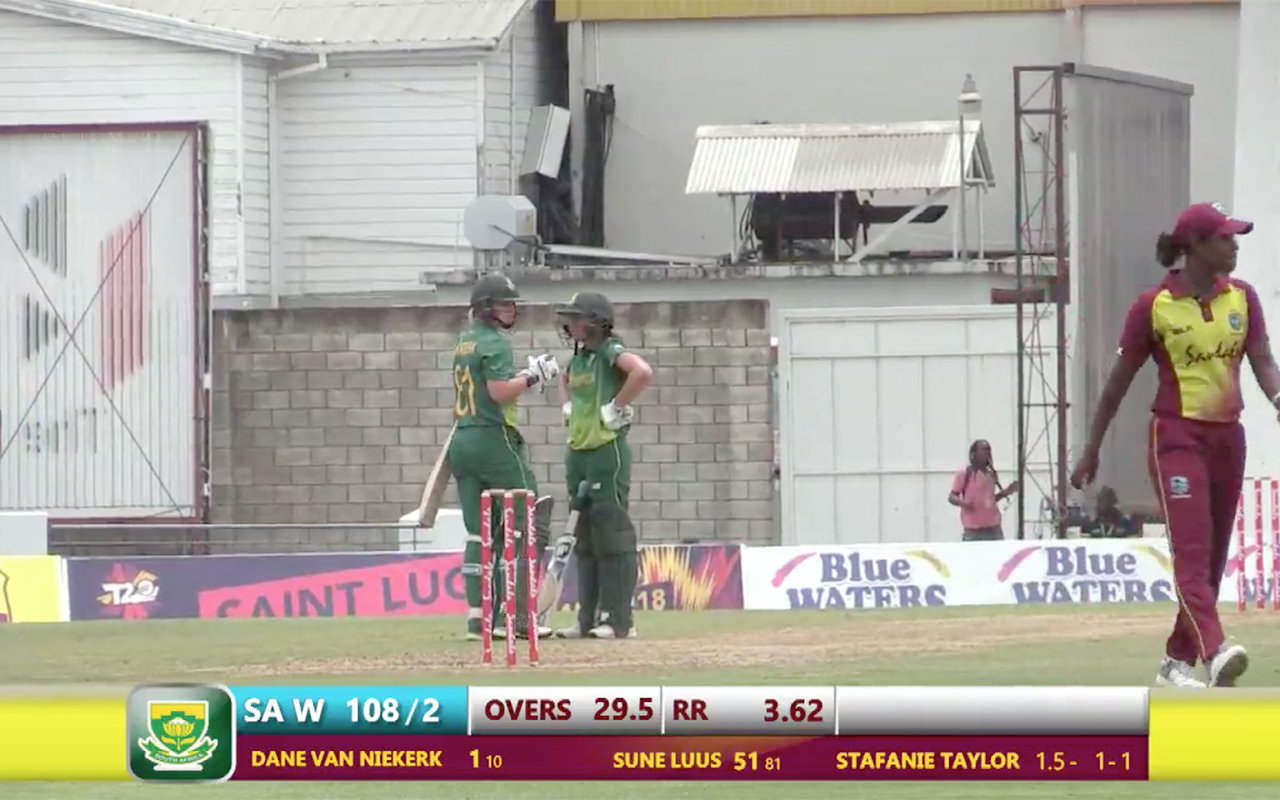 A half-century by Suné Luus and forties from Dané van Niekerk and Laura Wolvaardt set up victory by 40 runs for the Proteas in their opening match of the ICC Women’s Championship ODI series against the West Indies, at the Kensington Oval in Barbados, on Sunday.

The visitors posted 201/9 at the end of their 50 overs after they were put in to bat first. South Africa got off to a shaky start when they lost opener Lizelle Lee without scoring in the opening over of the match to Shamilia Connell (1/27).

Luus and number three batter, Laura Wolvaardt (45 off 83 balls) brought stability to the innings with their 103-run partnership before Windies captain Stefanie Taylor struck, denying the latter her half-century in the 28th.

Luus (58) departed soon after, adding 14 runs to the board with her captain before being trapped in front off Taylor. Chloe Tryon made a cameo, hitting 23 from 14 balls as three run outs saw the visitors’ restricted to 201 – a score they were happy with in the end.

Taylor was the home side’s leading wicket taker with 3/37 in her 10-over spell, with Deandra Dottin providing support with her 2/36 in eight.

The West Indian innings got off to a similar start as South Africa’s. Hayley Matthews became Marizanne Kapp’s 100th ODI wicket after edging the ball to the keeper without scoring off the second delivery of the innings.

Kycia Knight was the top order’s shining light as wickets tumbled around her. Number five batter Shemaine Campbelle was the leading run scorer with 46 from 71 deliveries. Anisa Mohamed (23 off 36) at nine, frustrated the South African attack but in the end her obstinate innings was brought to a grinding halt at the hands of Zintle Mali.

Kapp was the chief destroyer, returning remarkable figures of 3/14 in nine overs, including two maidens. Her wicket tally moves to 102 in 94 matches.

Mali and debutant Tumi Sekhukhune rallied around her, adding 2/11 and 2/28 respectively, as the hosts were bowled out for 161 with four overs to spare.

The second match will take place at the same venue on Wednesday, 19 September.

Photo 1 caption: Suné Luus was the Momentum Proteas’ top-scorer and instrumental in the series’ first ODI win against the West Indies, at the Kensington Oval in Barbados on Sunday. Photo: West Indies livestream broadcast on Youtube

Photo 4 caption: Luus got the nod for the opening ODI’s Player of the Match award for her innings-leading 58 (86 balls), added to the key wicket of Deandra Dottin for figures of 1 wicket for 19 runs in 4 overs. Photo: West Indies livestream broadcast on Youtube