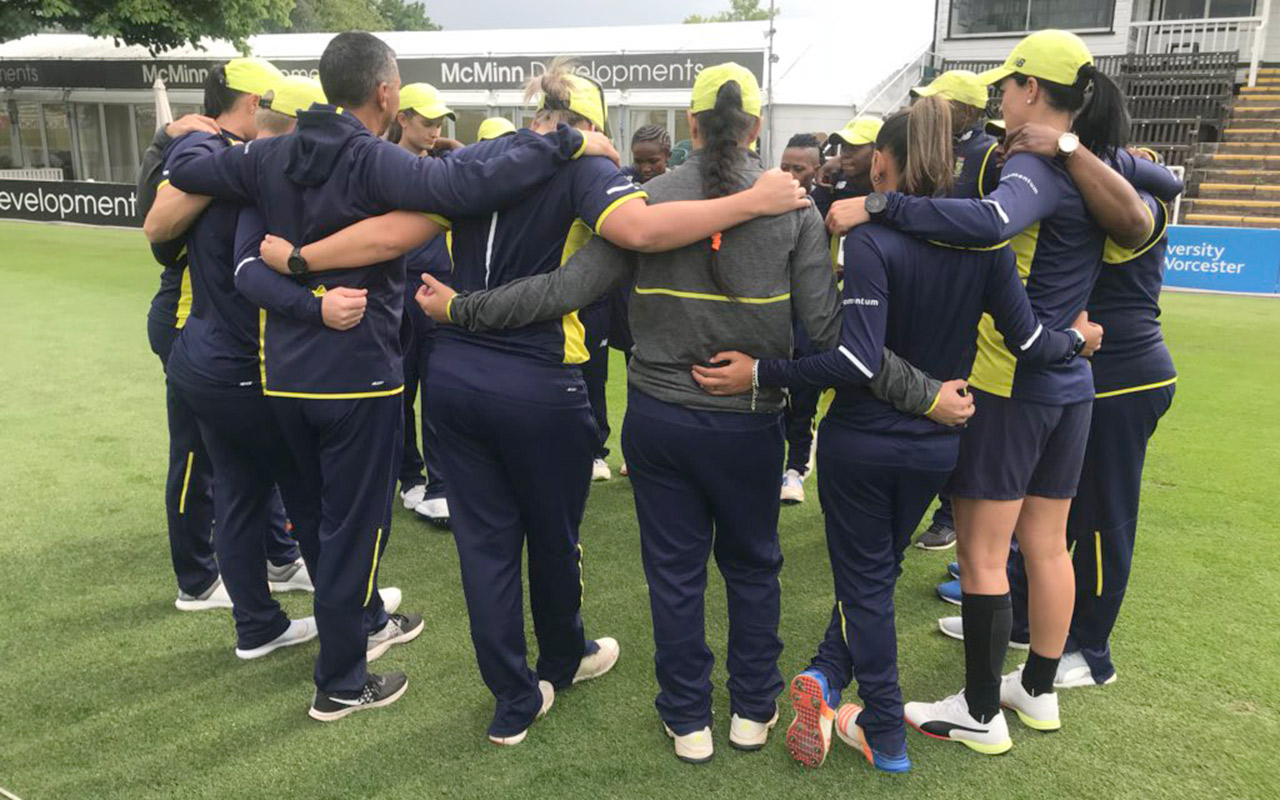 Tammy Beaumont hit a second consecutive century, helping England clinch a seven-wicket win over the Momentum Proteas in the third and final One-Day International in Canterbury on Friday. The hosts’ victory saw them convincingly claim the series 2-1, showing their experience after starting on the backfoot with South Africa going one-nil up in the opening match in Worcester.

It was a bad day for South Africa in all departments. They won the toss and elected to bat first but were restricted to a below-par 228. They were saved from a lower total by a fighting knock of 95 runs (106 balls, 11x4s, 1×6) by captain Dané van Niekerk and a half-century from 19-year-old Laura Wolvaardt (64 off 100).

That was the sum-total of the visitors’ most notable batting contributions as the rest of the top and middle orders once again failed to fire. Chloe Tryon put in another cameo performance, blasting 19 runs from 16 deliveries, including a boundary and two maximums, but after Mignon du Preez’ 17 off 11, Suné Luus and Marizanne Kapp were dismissed without scoring and Shabnim Ismail was stumped for six.

At the top of the innings, South Africa’s most inform batter, Lizelle Lee was trapped in front by Anya Shrubsole (1/38) for two, followed by Andrie Steyn, who was dispatched by Sophie Ecclestone (1/26) for 19.

Katherine Brunt (3/52) and Laura Marsh (2/43) were the pick of the bowlers, taking five wickets between them as the visitors staggered to 228.

England’s reply was a tale of patience led by Beaumont, who showed resilience through good bowling by the tourists up front.

She negotiated her way over the losses of Amy Jones (24) and Sarah Taylor (5) – both dismissed by Ayabonga Khaka (2/63) – and took charge of her 151-run partnership with captain Heather Knight (80*), as they set the course to England’s victory. The centurion eventually lost her wicket to Kapp (1/53) in the 42nd over, one delivery after reaching her milestone, with England just 24 runs shy of a comfortable win.

It did not take long for the hosts to reach their target after that. Knight smashed four boundaries off Khaka in the 44th over to take her side over the line, claiming the series with 36 balls to spare.

Photo 1 caption: The Proteas Women started their 3-ODI tour of England with an encouraging 7-wicket win at Worcester, but lost the two remaining fixtures for a measure of what to expect in the upcoming T20I series also including New Zealand. Image courtesy @syfokazi on Twitter

← Teamwork the key to Demacon's success #ThinkPink on Women’s Day →