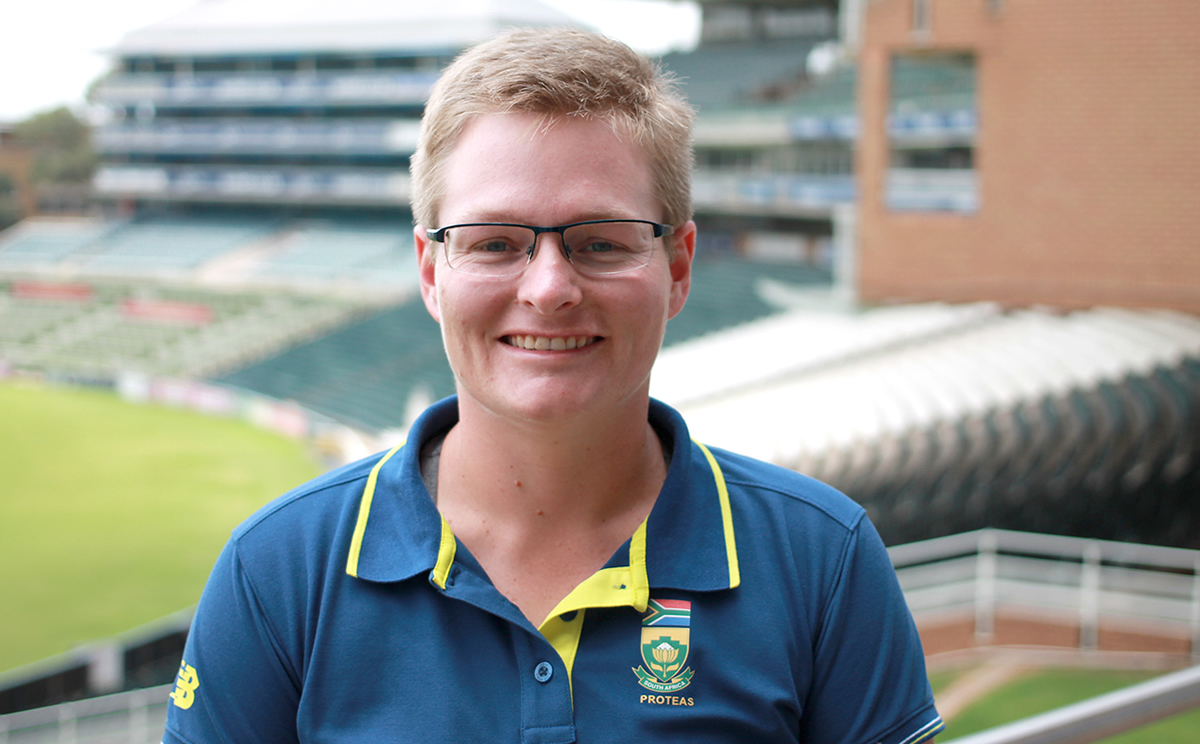 Lizelle Lee smashed her maiden century off 60 balls to lead South Africa to a record Women’s Twenty20 (T20) World Cup score of 195/3, at the Manuka Oval in Canberra on Friday.

The score was the highest in a Women’s World Cup T20 match, surpassing the 194 scored by India in the West Indies in 2018 and set South Africa up for a thumping 113 run victory over Thailand.

South Africa started off fairly slowly, and lost the wicket of captain Dané van Niekerk in the third over, when she chipped the ball tamely to Nattakam Chantam off Ratanaporn Padunglerd in the covers for 2.

Lee also started quietly, but as she gained momentum, she started to tear the Thailand bowling apart. She reached her 50 off 35 balls, including nine fours and two sixes.

“Look, I just think that it was one of those days that paid off for me. We struggled a bit in the power play, didn’t get as much as we wanted, but Sune and I had a good partnership, and that set us up!” – Proteas opening bat, Lizelle Lee

On her big-hitting reputation, Lee was modest: “Well, it hasn’t paid off the past couple of games, I’m just happy it came off today, and it gives me a little bit of confidence for the next few games coming up.”

Complimented on her partnership with Luus, Lee said: “Yeah, that was amazing! We haven’t batted together for a while, and she did extremely well to get to her fifty.”

Her hundred came up off 60 balls and included 16 fours and three sixes. Having gone to her first century, she momentarily lost concentration, and was caught and bowled by Suleeporn Laomi for 101.

Luus was the quieter partner in the second wicket stand of 129, but finished unbeaten on 61 0ff 71 balls. Chloe Tryon played a little cameo innings, smashing 24 off 15 balls.

It was always going to be an uphill battle for Thailand, playing in their first T20 Women’s World Cup, but South Africa tore the heart out of them in the fourth over, when three wickets fell off successive balls. Chantam was brilliantly run out by Trisha Chetty off the first ball from Shabnim Ismail, who then took two wickets with her next two deliveries, to have Thailand reeling on 14 for three.

Thailand lost wickets at regular intervals, and it was Ismail who finished their run chase in the final over, when she bowled Padunglerd for seven. Thailand were all out for 82 – their highest score in the tournament so far.

Although captain Van Niekerk was thrilled with the victory, she conceded that the South African fielding had been very inconsistent, with several dropped catches and a number of balls reaching the boundary that should have been stopped.

“The box we wanted to tick was the win,” said Van Niekerk in her post-match assessment, “I have to give credit to Lizelle (Lee) for that century, Sunetjie (Suné Luus) who stuck with her and obviously accelerated at the back end witch Chloe.

“But I think our fielding let us down a little. We always want to be out best, no matter who we play, when we play and whatever the circumstance are, and I don’t think we were at our 100 percent best today.” – Momentum Proteas skipper, Dané van Niekerk

However, wicketkeeper Chetty had a brilliant day, with two stumpings, a catch and a run out, and Laura Wolvaardt took the catch of the tournament when she dismissed captain Sornnarin Tippoch with a running, one-handed catch.

With their win on Friday, South Africa shot to the top of Group B. They still have to play Pakistan on Sunday and the West Indies on Tuesday, but the size of their win means they have a good chance of reaching the semifinals in Sydney next Thursday.

Photo 1 caption: Lizelle Lee lead by the bat at the Manuka Oval in Canberra on Friday, scoring South Africa’s first-ever century at an ICC Women’s T20 World Cup and enabling the Momentum Proteas to secure a 113-run win to place the South Africans at the top of the tournament’s Group B. File photo: gsport

Photo 2 caption: Coming in at no.3, all-rounder Suné Luus latched on to positive conditions to hammer home her fourth T20 half-century, as the batting lineup maximised their contribution with a total of 195 in their 20 overs. Photo: ICC

Photo 3 caption: After a scare in the nets on the eve of South Africa’s second World Cup fixture, opening pace bowler Marizanne Kap (in blue) was rested, and her place was taken by Nadine de Klerk. Photo: ICC