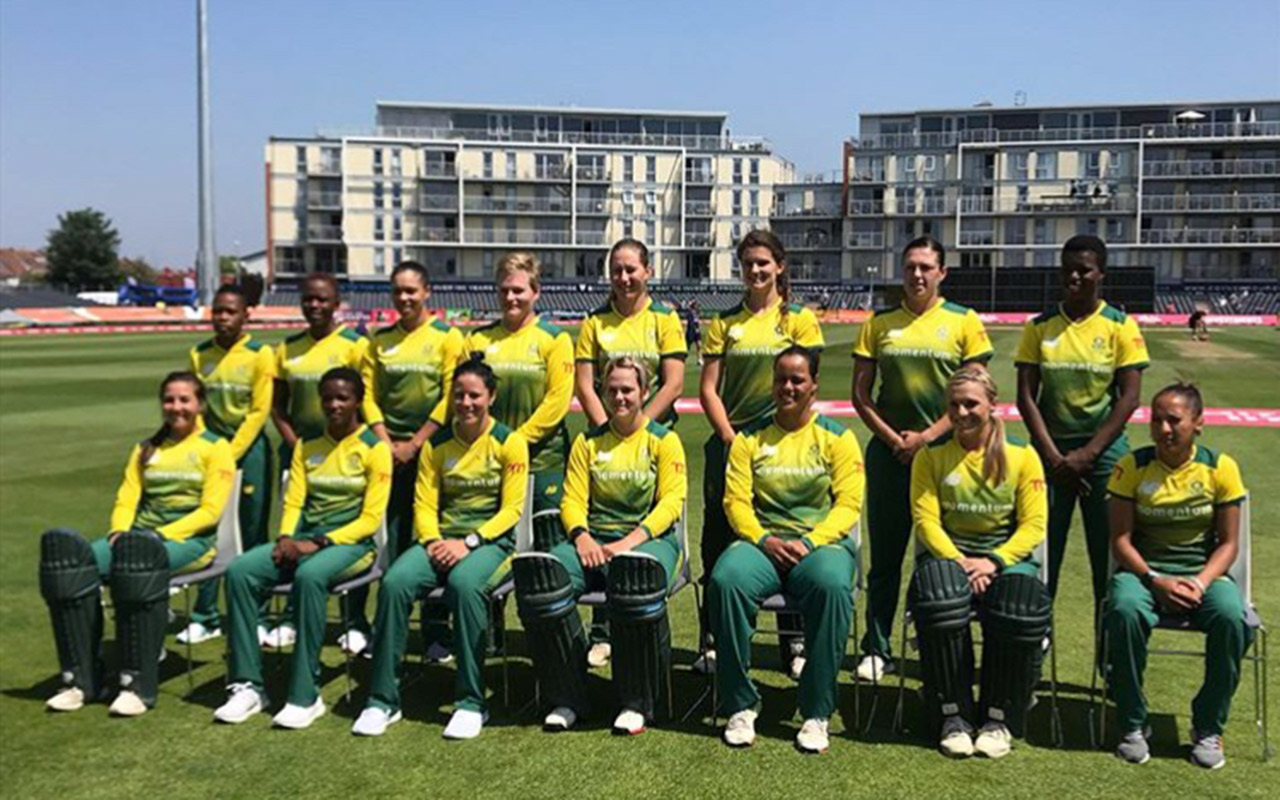 Proteas Women Go Down to New Zealand in T20 Triangular

The Momentum Proteas could not overcome their losing streak at the Bristol County Ground today, suffering a comprehensive, eight-wicket defeat at the hands of New Zealand in their fourth and last appearance of the Women’s T20 Triangular Series.

White Ferns captain Suzie Bates and opening partner Sophie Devine shared a 130-run stand, racking up a half-century each to set up a cruising victory for their side after South Africa set a below-par, 149-run target following Dané van Niekerk’s decision to bat first.

Bates struck 10 boundaries for her 45-ball 62 before her dismissal in the 14th over at the hands of Marizanne Kapp (1/30). Needing just 19 runs to win, Katey Martin struck 10 from seven deliveries, defeated by an impressive yorker off Zintle Mali (1/40) at the end of the 15th.

With just six runs needed for victory, Amy Satterthwaite (0*) watched on as Devine hit back-to-back boundaries, giving her side victory with 28 balls to spare. The latter returned an impressive unbeaten score of 68 from 40 balls (8x4s, 2x6s).

South Africa’s batting display earlier in the day could not have been more contrasting. Whereas the Kiwis scored runs freely, picking out the gaps for boundaries and taking advantage of numerous fielding errors, the Proteas failed to form long lasting partnerships and lost wickets in clusters.

They got off to a good start up front with openers Lizelle Lee and Laura Wolvaardt sharing a 40-run stand before the former lost her wicket to Hayley Jensen for 25 in the fifth over. Three balls later, Suné Luus – in her 50th T20 appearance for her country – was run out before she could even face a ball, bringing their captain out to the crease.

Van Niekerk also added 25 runs to the scoreboard but lost her wicket to 17-year-old Amelia Kerr trying to bring impetus to the innings as the run rate continued to slide. The bad news didn’t end there as Wolvaardt similarly succumbed to Kerr two balls later, leaving their side reduced to 89/4 in the 15th.

Chloe Tryon went out and played her natural game, smashing 35 runs in just 15 balls, including five boundaries and a six to help move South Africa to 141/5 when she tried to go big one too many times and was caught out by Maddy Green off Jensen (2/24) in the last ball of the 19th over.

Mignon du Preez chipped in with a 15-ball 18 and Tazmin Brits with an unbeaten six runs as South Africa were restricted to 148/6 at the end of their innings.

It proved too low a total for the rampant New Zealand openers who led their side to the series final which will take place in Chelmsford on Sunday.

Photo 1 caption: The Momentum Proteas will reflect on their tour of England with mixed feelings, but the good feelings will always include some pretty remarkable performances, and including memorable wins against England, one in each series. Photo: @OfficialCSA