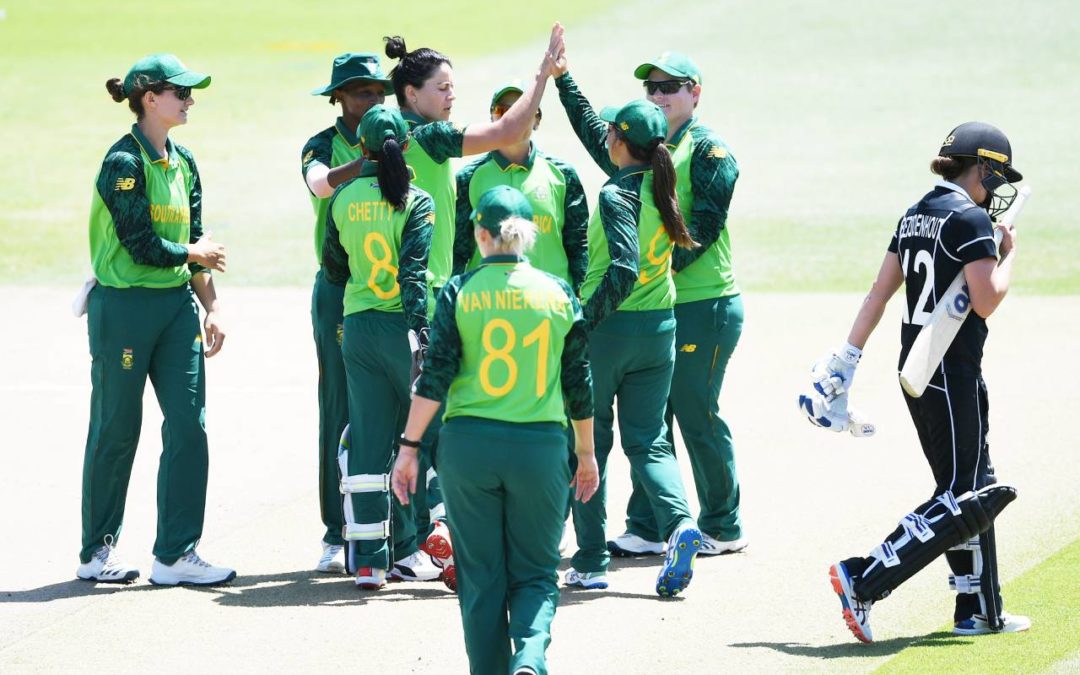 A brilliant performance from the South African bowlers and partnership between Sune Luus and Mignon du Preez edged the Proteas Women to an eight-wicket victory in the second One-Day International to wrap the series against New Zealand with a match to spare on Monday, 27 January 2020.

New Zealand were off to a poor start as they their top order within the first five overs and had to rebuild their confidence. However, the South African bowlers were hot on their heels as Marizanne Kapp took four wickets to help the team dismiss the White Ferns for 115 runs.

Needing 116 to win, the Hilton Moreeng-led side led by Laura Wolvaardt and Lizelle Lee began the run chase.

In two overs bowled, Lee started the team off well as she continued with her sparkling form, however the same could not be said for Wolvaardt who departed for a duck in 3.4 overs.

Eventually, Lee was caught at mid off for 38 runs off 43 balls, leaving South Africa with 59 more runs to chase as Mignon du Preez joined Sune Luus on the crease.

The two handled the pressure with aplomb and carried the team to an eight-wicket victory at Eden Park.

Going into the remaining ODI fixture against the same Ferns on Thursday, 30 January 2020, the South Africans will be eager to secure a clean sweep of victories.