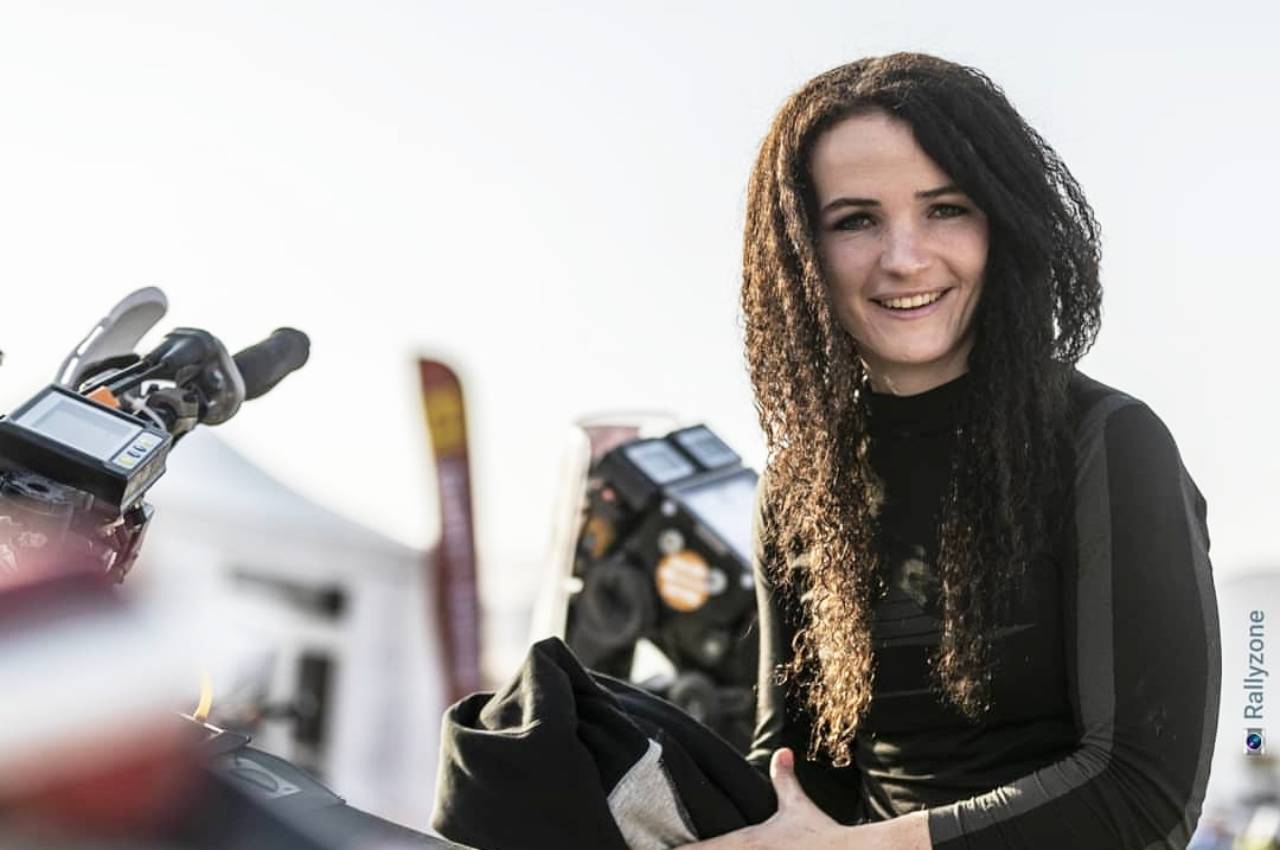 Perry together with Kirsten Landman became the first African women to cross the finish line as they powered across 7, 500km of desert that challenged riders both physically and mentally.

Interestingly, standing at 1.58m tall and weighing 58kg, Perry was one of the smallest competitors at the gruelling race but took every knock in her stride, proving her skill along the way.

“I didn’t get to share my stage 11 with you all, it went into the early hours of the morning before stage 12.

“Hours had gone by since a knock and a fall had left me with an electrical problem. I had been running in the top 50, loving the dunes.

“It pretty much looked like it was game over for me. So many emotions, so many questions, no phone signal, tried so many things, ran the battery dead testing things.

“Other than Craig Keyworth and Olivier Pain, who tried to help, and gave me a push out of the dangerous spot I was in, not one bike or quad competitor was willing to risk towing me 25km through the dunes to neutralisation.

“The Irritrack team kept calling me up on the bike to check on me every now and then, I’d keep telling them I’d like to wait a bit longer, ever hopeful. Evacuation meant my Dakar would be over. I’d do anything,” she stated.

“It was getting late, and I believe every rider had passed me when competitors Facu and Pablo in their T1 Car No.389 got to me. If anyone know what Dakar spirit is, they had it! We all had it! They weren’t about to let my Dakar dream die a day before the end…and hooked me up for one of the craziest rides I’ve ever had. To the end!

“For the long haul! They’re my Dakar heroes! Pushing my bike for the last couple of hundred metres, I got into the Bivouac, exhausted, close to midnight…

“Nomade Racing got right into fixing my bike. I got out of my kit, headed for the showers and the nearest edible matter, then barely getting an hour and a half of sleep before I had to be up and getting ready to depart for stage 12.

“Starting dead last, managed to make up 46 spots in the cold short final SS of the Dakar Rally before the long liaison and the GP finish podium. My general standings were no longer relevant. But I was thankfully still in it.

“And, here I am – with a Dakar finisher’s medal. Still loving every moment, knowing I fought for it, and appreciated every struggle and challenge. I will be back and better.”