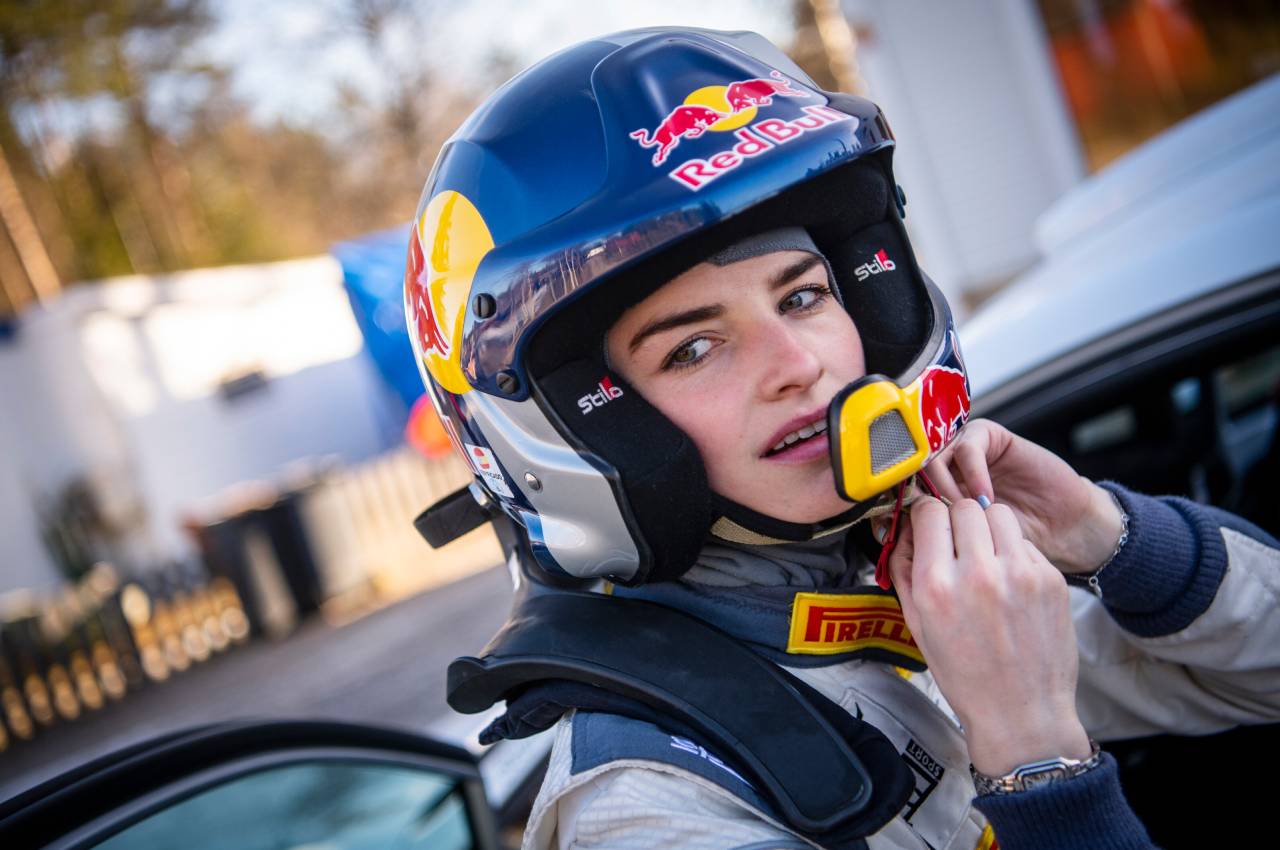 British rally driver, Catie Munnings, is focusing on the 2021 Extreme E Championship after a number of tournaments were cancelled this year due to the global Coronavirus pandemic.

She admits racing against men in the 2WD category remains her proudest moment to date.

At 23, she has reached the podium on five occasions and was the original host of the CBeebies television programme, Catie’s Amazing Machines in 2018.

She has plans on competing at the top level of motorsport for many years to come.

Speaking with gsport, Munnings reflects on her early memories driving with her father and praises her network of supporters who have played a role in her early success.

Catie, thank you for making time for gsport. 2020 has been a tough year. How have you negotiated the past few months?

Taking it each day at a time, working on my fitness and making sure I’m best prepared for when things become a bit more normal. Also, focusing on small goals, whatever they are – even learning a language or perfecting coffee art!

As things slowly start to open up, how is this impacting your sport?

It’s been difficult as motorsport is so dependent on travel, and with different rules for different countries and different restrictions in each location, it’s made it very difficult to pull a Championship together. Hopefully 2021 will be easier!

At 18, you shot to fame after winning the FIA European Rally Championship Ladies Trophy. How do you reflect back on that moment and how it has shaped your career?

“Although I am more excited about competing against the boys and not focusing on the ladies European Championship results.” – British rally driver, Catie Munnings

I was right at the beginning of my career, so everything was so exciting! I was just so grateful to learn and drive. Although I am more excited about competing against the boys and not focusing on the ladies European Championship results. In 2018 I was 4th overall in the 2WD category, and I’m prouder of that personally.

You come from a rallying background. Your dad, Chris, ran the London rally school. What about rally made you see a future for yourself in it?

It was always a hobby, I never saw it as a career, so I am just so happy that now I am able to have fun doing what I do every day. Don’t get me wrong though, it’s never something that is easy, and it’s definitely not a certain career. It requires a lot of commitment, perseverance and motivation daily.

Tell us about the first time you got into the car with your dad and felt that kind of speed?

It was incredible, I was so small that it felt even more impressive – like my dad had superpowers and had the best driving skills in the world!

By the time you mastered the handbrake turn at 13, what was going through your mind in terms of what was possible?

Haha, it was definitely fun, but it was never a ‘lightbulb moment’ that said you will make it in motorsport! Gradually I got better and better, and I had more and more opportunities – that’s when you start to wonder what’s possible.

What are some of your other major career highlights that have propelled you to where you are now at 23?

As I mentioned earlier, 4th place overall in the 2WD European Championship, but also the low moments – where you learn a lot. The driving mistakes that you never repeat! It’s great that nowadays we’re able to reach wider audiences with media / social media, so some opportunities and doors open from there too.

What have been some of the challenges you have experienced and how have you overcome these?

“In sport it’s important to realise that not everything is in your control, and you can only do the best that you can. I love the quote, “If it’s meant to be, it will be!” – Munnings speaks on overcoming challenges.

Motorsport is expensive and finding budget when you start is always difficult. You have to think of something that makes you stand out, and market yourself well. Also, in sport it’s important to realise that not everything is in your control, and you can only do the best that you can. I love the quote, “If it’s meant to be, it will be!”

In rally driving, men and women compete equally. What is the dynamic like?

Awesome! I wouldn’t change it. There’s no reason we can’t be as fast, there’s just few of us entering the sport at entry level at the moment – hopefully as we raise awareness this will change, and we’ll see more women at the top. I’m really excited to be racing in the Extreme E Championship with Andretti United Extreme E team next year, as this championship is also providing many opportunities for women in motorsport.

Support at all levels is so important for athletes. Tell us about your network of support and how they power you to being successful at what you do?

My family are always there, that’s very important to me. Also, friends outside of motorsport are important, it’s good to have a balance.

What is your advice to up and coming rally drivers?

What can we do to improve raise the profile of women in sport globally to ensure that we level the playing fields?

Keep talking about it! Push the media, provide opportunities and budget, and really give them the same support as the males.

Who are the sportswomen who inspire you?

What is the one thing you are good at that nobody really talks about?

I grew up playing lots of musical instruments, and I love to dance! ☺

What are your hopes and dreams for 2021?

Extreme E is the focus for me – the Championship is incredible, and we travel to the most amazing locations – racing ground-breaking electric cars and leaving positive legacies in the communities.

To compete at the top level of motorsport for many years.