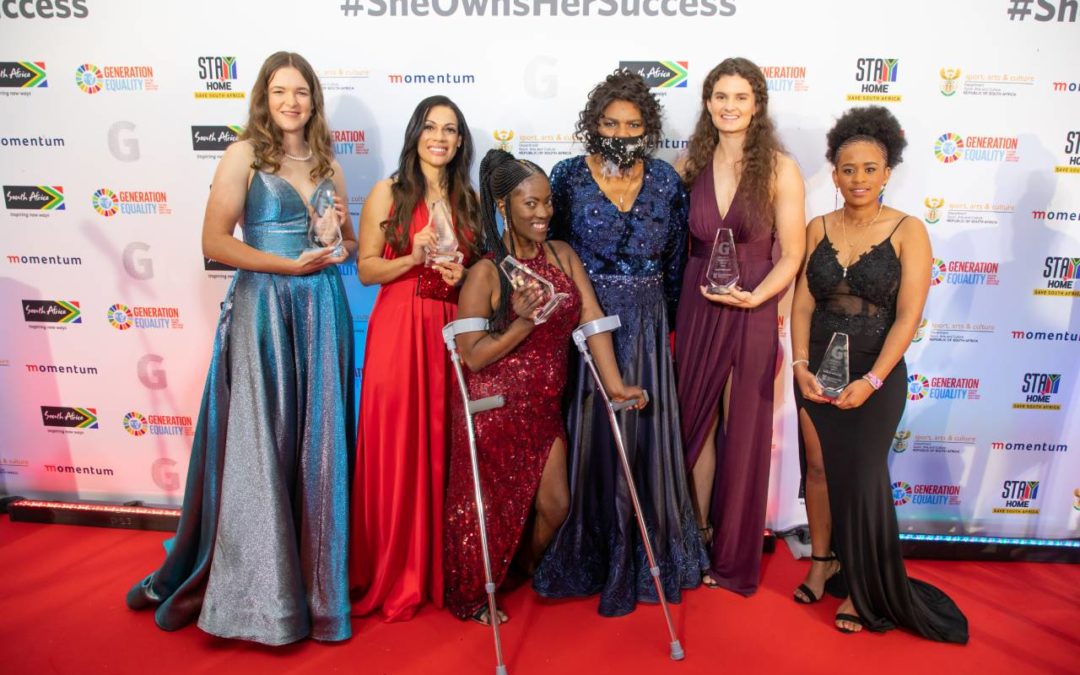 Minister of Sport, Arts and Culture, Nathi Mthethwa believes the success of the 2020 Momentum gsport Awards will inspire the next generation of young female athletes to aspire to greatness and sporting excellence.

The 15th edition of the awards showcased a new intake of winners who are excelling in their respective fields, giving minority sporting codes an opportunity to celebrate their success on a National, African and Global platform.

The Department endorsed the gsport awards in 2015 and have remained committed to ensuring women in sport take the lead. The Department’s Women’s Month campaign promoted Generation Equality, a drive that demands equal participation for women and girls in all decision-making areas of life.

“These awards have recognised the achievements of formidable women in sport who have been trailblazers in their field,” the Minister said in a video messaged played at the awards.

“Caster Semenya and Kgothatso Montjane have been honoured more than once on this platform and they continue to shine. Vicky Masuku was inducted into the gsport Hall of Fame joining the likes of Penny Heyns, Hazel Gumede, Chery Roberts and Elana Meyer.

“These awards inspire women to reach greater heights and they serve to inspire the next generation of young women who dream of being the next Caster Semenya, Zanele Situ and Desiree Ellis’ of the world.”

The Minister praised the efforts of the gsport team for pulling off an excellent virtual celebration in light of the ongoing global pandemic. The awards were broadcast on pay-television channel SuperSport, along with a strong online following on the gsport social media platforms. The unprecedented media coverage, support from esteemed brands like Momentum, Brand SA and Estee Lauder continue to play a big role in creating sustainable platforms that promote women’s sport.

“As the Department of Sport, Art and Culture we acknowledge and appreciate being a partner to the gsport awards,” the Minister said. “We wish to express our gratitude to Momentum, who are the naming sponsor to the awards and to all others who are investing in women’s sport. We believe your investment will pave the way for other corporates to recognise the value of investing in women’s sport. It is our vision to see women playing at professional level and we can only realise this vision as a collective.

“gsport encourages women’s participation as well as celebrating the role women play on the entire value chain of sport. Our intention is to place women in sport on the same pedestal as women in our sectors.”

For the first time, the awards recognised women on an African and Global platform with the introduction of the African Woman of the Year and Global Woman of the Year categories, further exposing the gsport community to an international audience. This was also highlighted by the glowing global achievements of the Minister’s Recognition of Excellence Awards, which were handed to women who defied odds and continued to proudly fly the South African flag abroad.

“Sport achievers have become well known throughout the world and continue to give the country they represent an international visibility and reputation not attained at other areas of social, political and economic life. Personal pride in their achievements of a national sporting team is a powerful incentive towards uniting the people of a country,” the Minister concluded.