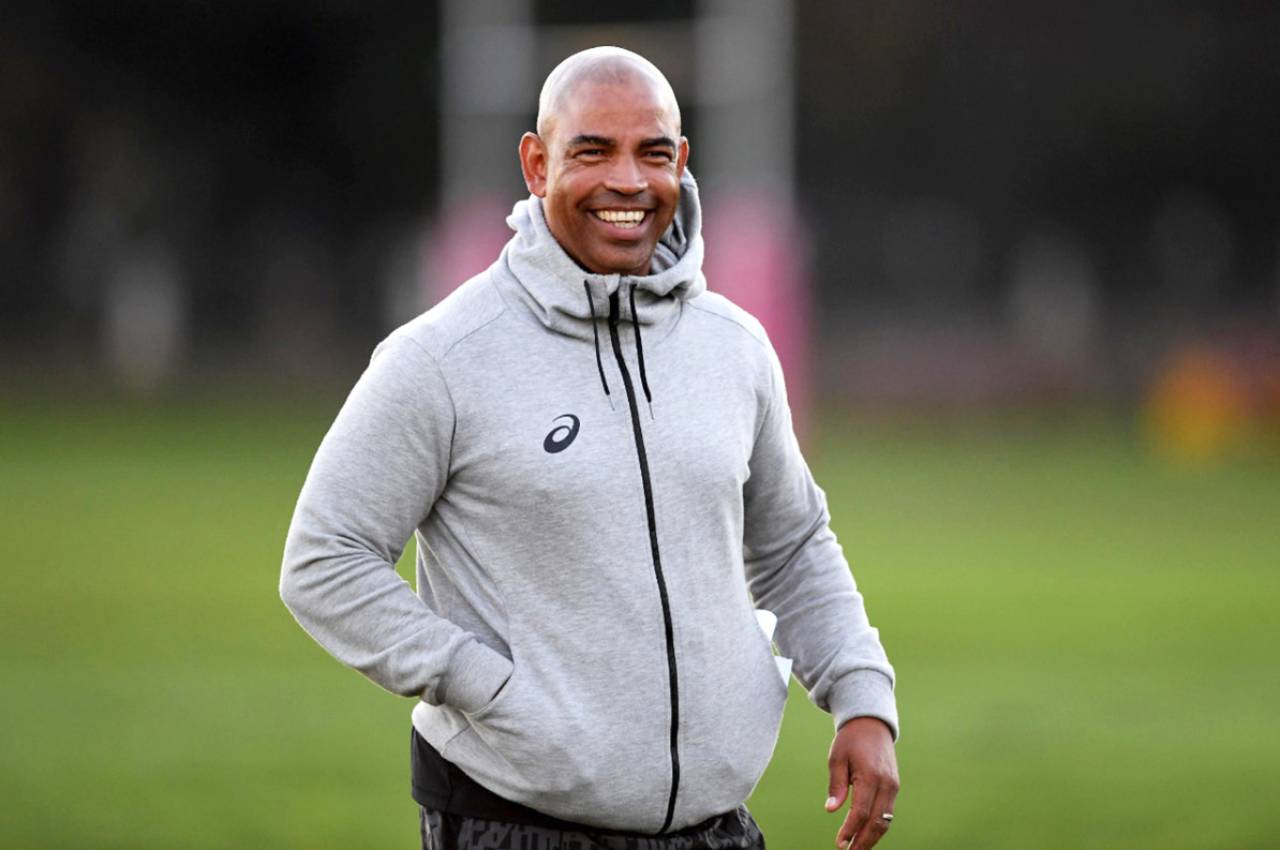 Springbok Women’s coach Stanley Raubenheimer was delighted on Friday, 9 August, 2019, as his team got off to a flying start in the 2021 Women’s Rugby World Cup Qualifiers at the Bosman Stadium in Brakpan, cruising to a comprehensive 89-5 victory against Uganda in a rewarding Women’s Day performance.

Such was the Springbok Women’s dominance, they led 62-0 at halftime thanks to 10 first-half tries, and they maintained the pressure after the break to add five more. The Boks head coach was amped after his side’s impressive performance.

“I am very pleased with the performance.” – Springbok Women’s coach Stanley Raubenheimer

“Some things worked out very well for us, but there were things that didn’t work out, so we have a few things to work on. But in general, I am happy,” he added.

“I thought our running game was good and we showed that we can use the ball, but there were times where we created opportunities but perhaps over-played a little. I would also like us to work more on our set pieces.”

The coach was pleased with the points’ difference they achieved in the match, especially with Kenya also winning their match against Madagascar with a bonus point.

“It is good. We still have hurdles to clear, so it is pleasing to have these points in the bank,” Raubenheimer ended.

Boks Ticking Up the Scoreboard From Start to End

The Springbok Women were in hot form from the outset, scoring two tries in the first six minutes compliments of Mkhari, and they added eight more as the half progressed, with Mkhari wrapping up her hat-trick.

Mkhari found space on the outside, putting her raw pace and good vision to effective use in all three of her tries, while Webb’s good support play, hard running and consistency on attack allowed her to touch down three times.

The other first half tries were scored by Mpupha, who earned a brace, and Mcatshulwa, captain Babalwa Latsha (prop), Ayanda Malinga (winger), Yonela Ngxingolo (prop) and Webb.

The Springbok Women dominated possession and territory in the half and their hard running allowed them to cut through the defence at will, while they denied the visitors from coming close to their tryline throughout the half.

Their fantastic support play and effective inter-passing allowed them to convert most of their chances into points, which pushed them 62-0 ahead going into the break.

Raubenheimer’s team built on this in the opening exchanges of the second half with Webb scoring her second try, and Shozi and Mcatshulwa followed for her brace. Webb then gathered the ball at her bootlaces to earn her hat-trick in the 70th minute.

Despite this Uganda refused to give up and scored their first try of the match thanks to a stunning dash through the defence by fullback Samiya Ayikoru.

Shozi, however, ensured that the Springbok Women had the final say, as she crossed the chalk for her second try in the dying minutes, which sealed the convincing 89-5 win for the hosts.

Kenya beat Magadascar 35-5 in other Fixture

Madagascar showed good intent on attack in the first half of their match against Kenya, making several line breaks in the process, while they worked their way close to the tryline on a number of occasions. Kenya, however, did well to shut them out on defence in the first quarter.

Madagascar’s efforts finally paid off in the second quarter, but Kenya struck back soon after to level the scores at 5-5. This was just the boost Kenya needed, with the side adding two more tries in the following minutes to build up an encouraging 17-5 halftime lead.

The teams continued to run hard at one another in the second half, and they delivered a high-tempo display, but Kenya’s effective finishing and ability to convert their chances into points saw them add three tries to their tally to secure a valuable bonus point, while they also kicked a penalty goal to secure a 35-5 victory.

The Springbok Women will meet Madagascar in their round-two encounter at the Bosman Stadium on Tuesday, 13 August, with Kenya taking on Uganda, while Raubenheimer’s charges will line up against Kenya in their final match on Saturday, 17 August, with Madagascar facing Uganda.

The team at the top of the standings at the conclusion of the competition will book their spot in the 2021 Women’s Rugby World Cup in New Zealand.

Photo 1 Caption: Springbok Women’s coach Stanley Raubenheimer pictured at a previous training camp in Stellenbosch in June, 2019, as the team prepared to address the task of qualifying for the 2021 Women’s Rugby World Cup. Photo: Gallo