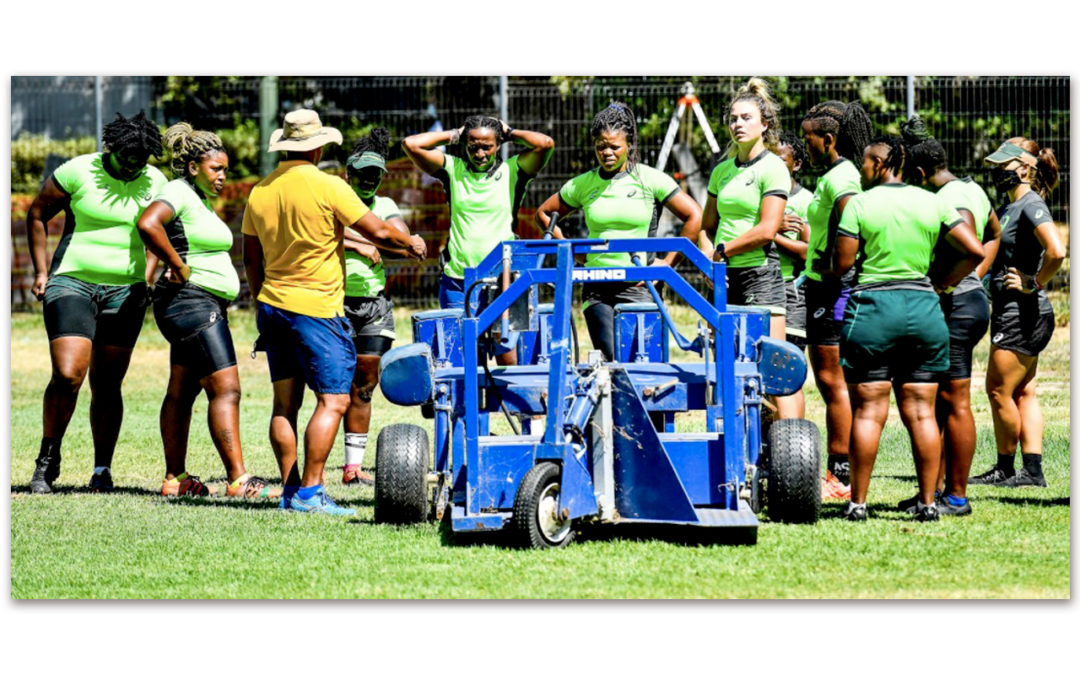 Springbok Women’s coach Stanley Raubenheimer was a pleased man as his squad wrapped up their two-and-a-half-month national training camp in Stellenbosch with several boxes ticked.

A squad of 24 women assembled at the Stellenbosch Academy of Sport early in January for the first two months of the camp. That number increased to 40 players for the last two weeks, where the players were put through their paces in three physical matches.

While a new date for the postponed Rugby World Cup in New Zealand is yet to be announced, Raubenheimer was satisfied with the progress made by his squad since gathering in Stellenbosch.

“The objective (of the training camp) was to improve from a conditioning perspective, and we can say with certainty that we ticked that box – the players have done well,” said Raubenheimer.

“We also had the opportunity to test them in match situations, which gave us a good insight into all the factors we have been working on.” – said head coach, Stanley Raubenheimer

“We also had the opportunity to test them in match situations, which gave us a good insight into all the factors we have been working on, including strength and endurance, so I’m pleased with what we achieved.”

Raubenheimer and his management team also took several positives from the training matches as they look to build the players’ match fitness with an eye on the Women’s Premier and Division One League competitions later in the season, and the Rugby World Cup next year.

“The matches also formed part of our conditioning, so the implementation of the match structure as such was not the main priority for me, but rather our ability to get through matches, and we managed to do that without injuries,” said Raubenheimer.

“They were hard physical contests, and particularly if one considers that players have not played a game in nearly a year-and-a-half.

“From that perspective it was pleasing to see that they came through three back-to-back contact sessions, as it also allowed us to test our recovery protocols for the Rugby World Cup.”

As the players prepare to return to their provincial unions, Raubenheimer said maintaining the gains made at the training camp would be vital going forward.

“The main factors for us now are to maintain what we have done in the last few months and to monitor the players’ progress closely.

“We must also put an effective infrastructure in place at the provincial unions under the guidance of our High-Performance Manager for Women’s rugby, Lynne Cantwell, in partnership with the provinces so that we have a proper monitoring and evaluation system. That should continue until we see them again,” he concluded.