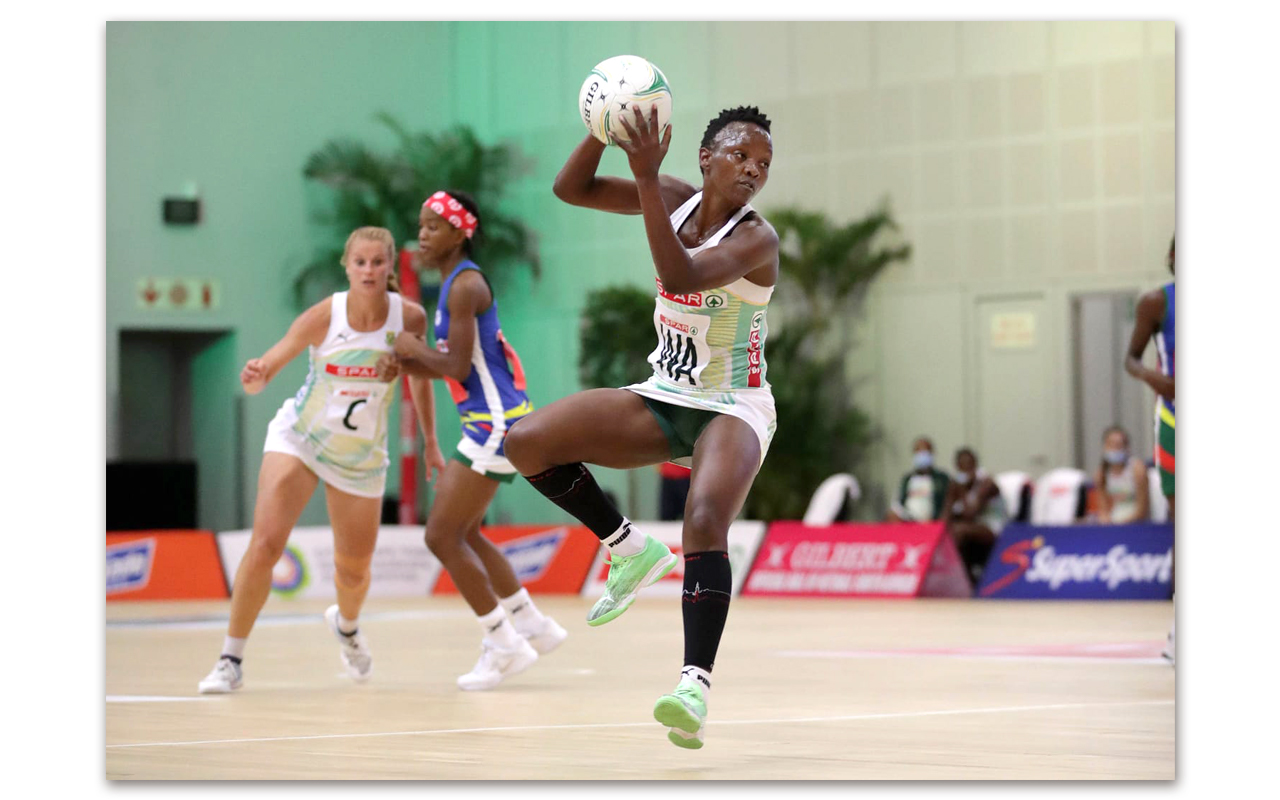 The SPAR Proteas and Namibia took to court for the second and final match of the day, both teams were playing their third game of the tournament, South Africa came into this tournament with confidence after winning the corresponding fixture against Namibia and the host are yet to lose a match and Namibia are yet to taste a win in this tournament.

Dorette Badenhorst started this game with a different team that started the last two. Nosipho Ntshangase came in the place Khanyisa Chawane in wing defence, Izette Griesel replaced Rome Joubert in the centre and Sian Moore got a nod ahead of Nonsikelelo Mazibuko.

South Africa’s experience came to the party as they dominated the entire first quarter and enjoyed a 13 point winning the opening quarter 19 -6. In the second quarter South Africa continued with their dominance and restricted the attack of Namibia to only scoring nine points the second quarter. The SPAR Proteas went into half time leading 39 -15.

The start of quarter three saw Badenhorst bring in wholesome changes to her team and introducing all her subs into the game and these changes did not affect the performance of the team in any way as they kept going and dominated the match. The SPAR Proteas ended the quarter leading 51 -24. South Africa continued with their dominance throughout the match and claimed their twelfth victory against Namibia.