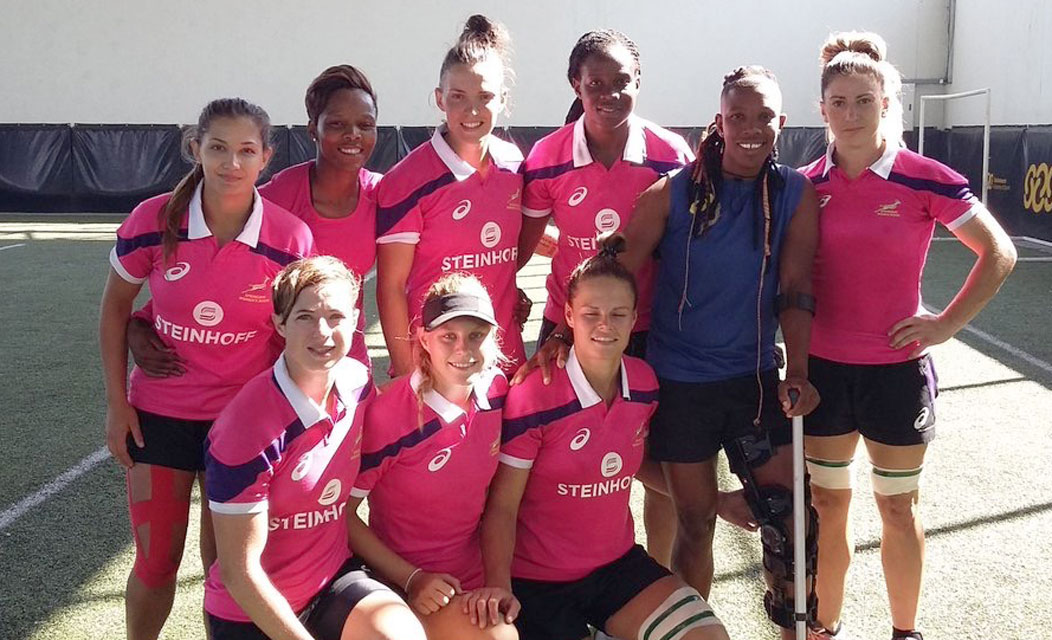 Rights Mkhari will make her SA Select Women’s Sevens debut at the Vancouver Rugby Festival on 9 and 10 March after being included in coach Renfred Dazel’s 12-member squad that will depart for Canada on Thursday.

Comley and Stadler return from several months on the sidelines with hip flexor and knee injuries respectively, while Mkhari, who has been training with the squad for two weeks every month to accommodate her studies, will make her first appearance for the team.

The four-team competition will see each of the teams playing three matches a day on Thursday, 9 March, and Friday, 10 March, followed by a finals series on Saturday, 11 March.

“It is pleasing to welcome back Megan and Chané from long-term injuries, especially given the fact that we have been very unlucky with injuries in the last few weeks with Veroeshka, Zenay, Sinazo (Nobele), Lamla and Nadine ruled out,” said Dazel.

“Chané and Megan have both played at this level, so their experience will be important, while we are pleased to afford Rights an opportunity to play. She has shown a tremendous improvement in her skills levels since joining the squad at training in January, and we are excited to see what she can offer at this level.”

Commenting on the tournament, Dazel was delighted that his team would have the opportunity to face international competition before the World Rugby Women’s Sevens Series Qualifier on 5 and 6 April, which they need to win to earn the only place up for grabs on the 2017/2018 circuit.

Dazel said: “We are excited about the prospect of testing ourselves against players on the fringe of national selection for their countries for the first time this year.

“This tournament also offers us the opportunity to test our player combinations and structures and to identify the areas that we need to improve in before the Hong Kong Qualifier.

“Our defence was one of the areas that we identified to improve after the Invitational games last month, and we hope to see an improvement in that department, in particular, in Vancouver.

“That said everything we do at this tournament will serve as preparation for the Qualifier, so it is vital that we are in good form physically and mentally throughout the competition.”