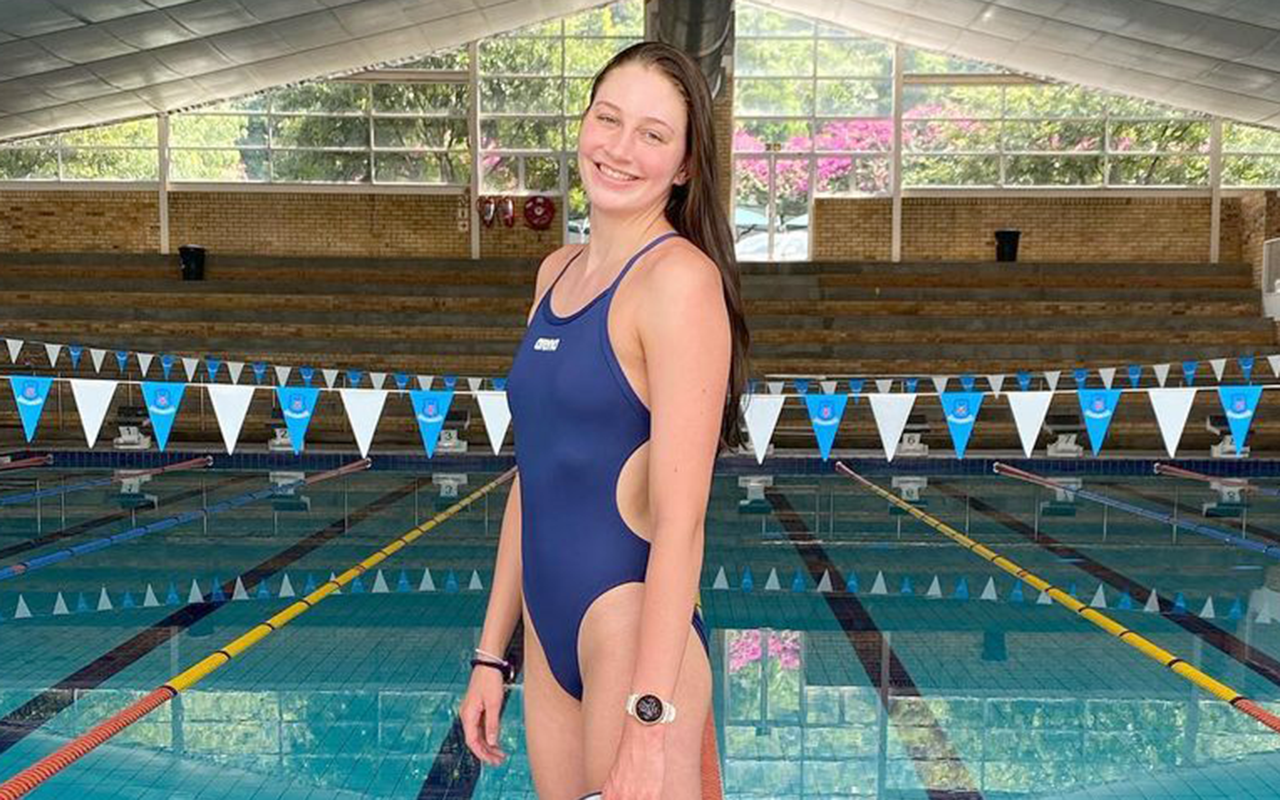 The 2021 CANA African Junior/Senior Championship kicked off on the 10th of October in Accra Ghana. After day four of the championship, South Africa is already surging on top of the medal table.

The South African ladies have been very competitive providing us with thrilling performances as they dominate the podium. In the women’s 100M free Rebecca Meder and Inge Weidemann made it a 1-2 punch for South Africa with Rebecca outperforming her teammate Inge to win gold in 56.22 whilst Inge settled for silver in 56.31.

A similar finish also took place in the girls 17 and under 200M free when Hannah Robertson and Leigh McMorran made it a one and two finish for South Africa.

Hannah Robertson and Rebecca Meder joined forces with Christine Mundell and Leigh McMorran in the women’s 4×200M freestyle relay as they won the event with a new championship record of 3.26.35.

In the girls 17 and under Hannah Robertson and Catherine van Rensburg paired with Leigh McMorran and Sarah McLaren put up a brave fight to win gold in the 4×200M free relay. However in the 4×100M free relay the Egyptian quartet of Nour Diaa Elgendy, Gihan Abdalla, Carine Abdelmalak, and Sara Elsammay won the gold medal ahead of the South Africans in 3.53.86.

The competition continues today as we enter day five.