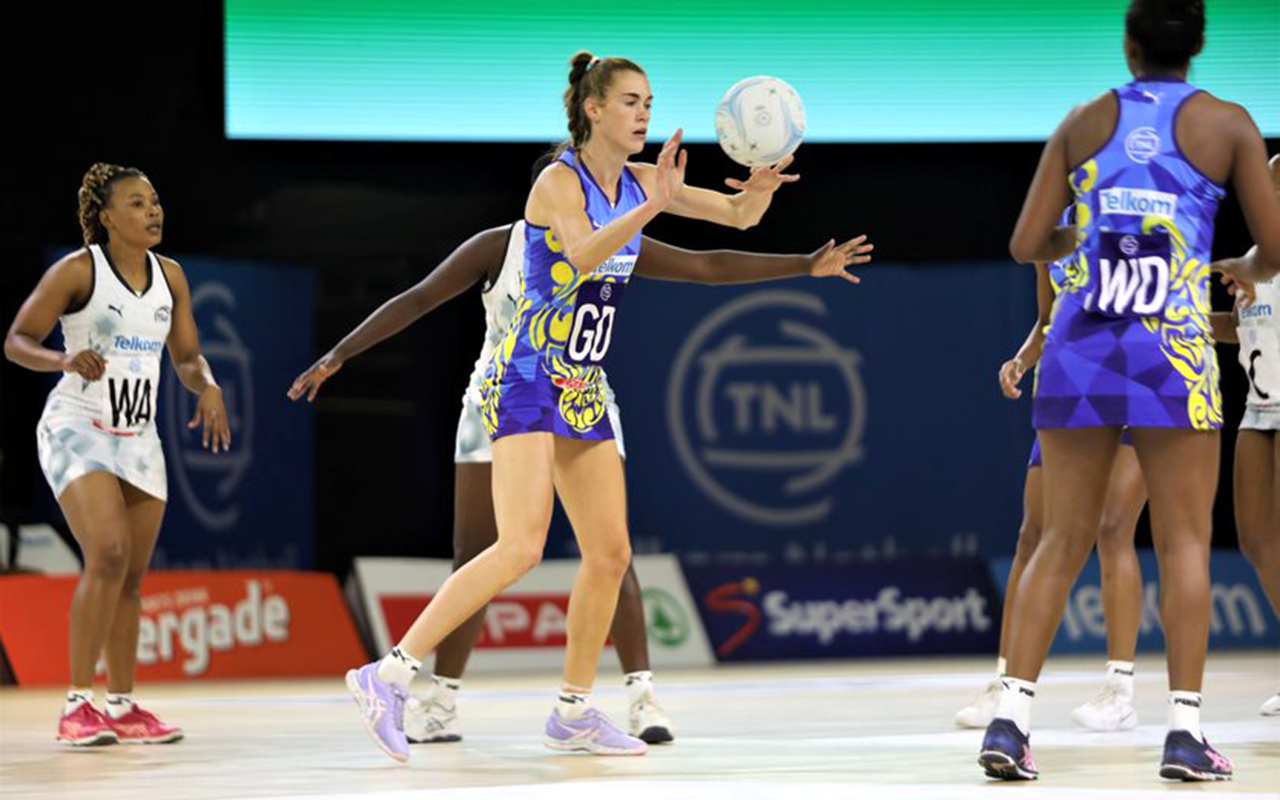 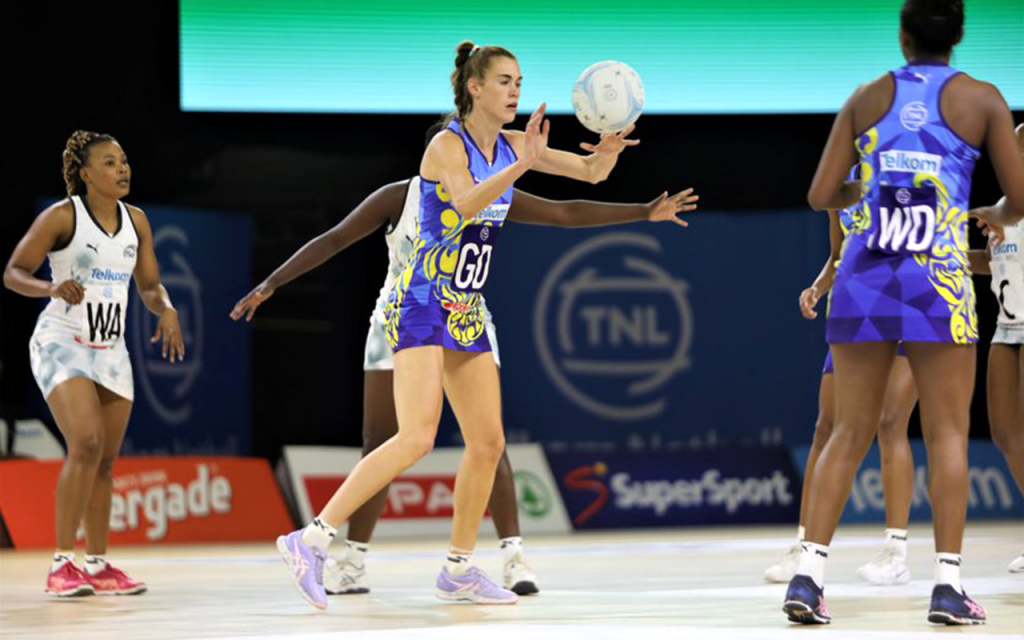 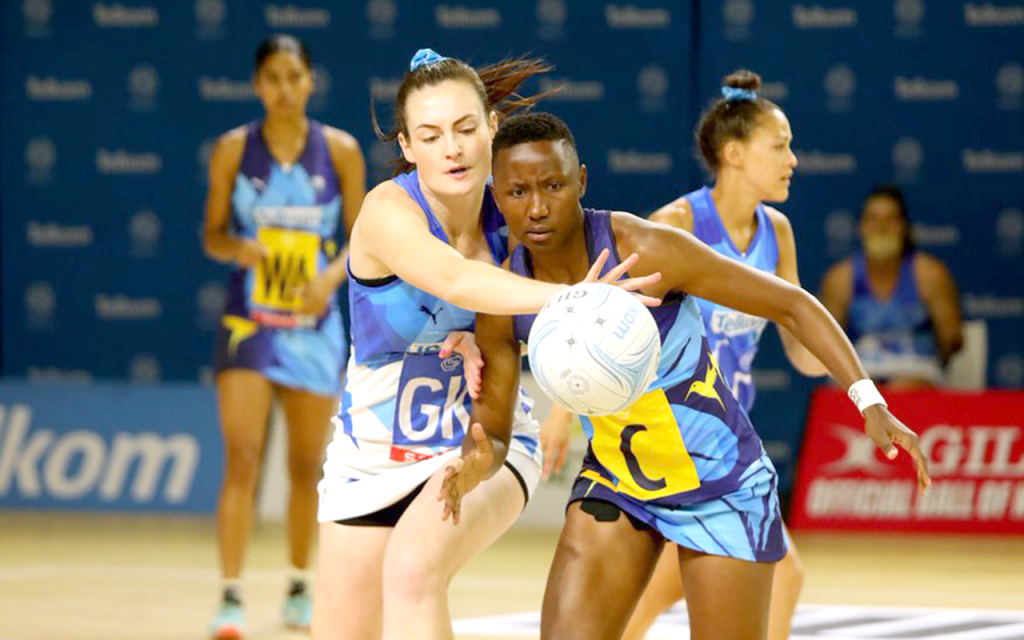 The Southern Stings will challenge the Gauteng Jaguars for the Telkom Netball League trophy in a final promising riveting matchplay to be televised live at 19:00 on Sunday, after the two teams won their respective semi-finals on Friday.

In the first division one semi-final, the Gauteng Jaguars outplayed the Kingdom Stars following an emphatic 63-29 victory.

The Jaguars were looking to redeem themselves after losing to the Stings yesterday. The Gauteng side grabbed control shortly after the start and were up by ten goals in the first quarter. The Jaguars continued to dominate, swelling their buffer to hit the fifty-goal mark in the championship quarter. The final quarter was all about pride and glory as the defending champions extended their lead to beat the Stars by a twenty-one-goal margin.

In the second semi-final, the Southern Stings were unstoppable and charged to a 60-39 victory against the Free State Crinums. The Stings had lower penalties and created more turnover balls which they were able to convert and finished off on an eighty seven percent goal average.

Crinums’ coach- Burta de Kock made eleven changes in total throughout the game which was uncharacteristic considering the fact that she has always relied on the same starting seven. The Stings will now gear up for Sunday’s final against the Jaguars and will look to continue with their fine form.

Stings coach Annelie Lucas says preparation is key ahead of the final, ‘’If you play the Jaguars, there is no room for errors, so we are going to have a look at our game against them because they are playing without one of their star players. Danielle made a very big difference on Wing Attack, so I will have a look at the variations she is playing on court and how we can counteract that’’.

In the other match, the Fireballs beat the Flames 58 – 34 in the division one 5th/6th playoff match. This was the Flames 11th successive defeat in the competition and pressure is mounting on the Northwest side to retain their spot in the first division because they will now face the winner of division two in the promotion/relegation match on Sunday.

Tornados And Aloes To Battle It Out In Division Two Final

The Western Cape Tornados came out tops in a seesaw battle against the Mpumalanga Sunbirds after claiming a 39-36 win. The match went down right to the wire, but it was the Tornados who managed to pull away in the dying minutes of the game. Sunbirds’ Goalkeeper- Palesa Mbukwana scooped her 12th player of the match accolade following her sublime dominance in the Tornados shooting circle and stealing a couple of crucial intercepts. To date Mbukwana is the one player who has managed to scoop the most Player of Match accolades.

Meanwhile, the Eastern Cape Aloes were just too clinical against the Limpopo Baobabs and their lionhearted performance earned them a 54-38 win. The Aloes found their footing from the word go and were leading 18-7 in the first quarter. Baobabs’ coach- Anna Ledwaba made multiple changes in an attempt to find a working combination that can hinder the Aloes momentum, but the Eastern cape side was too adamant to produce a statement of their finals intentions subsequently setting up a division one final clash with the Tornados.

‘’We have beat the Aloes before so from a mental point of view we do have that over them. We are starting to peak now, and we are on our way to where we need to go so whoever comes we will take them on’’, Tornados’ coach- Danlee Matthews said. Aloes’ coach- Sameshia Esau says their intentions were clear from the onset, ‘’Having a rest day yesterday did the girls good and we couldn’t come all this way, being in the top four and not make it to the finals’’.

The Mpumalanga Sunbirds will take on Baobabs for the bronze medal tomorrow after both lost their respective matches. Both teams would want to finish on a high note after having a good run in this tournament.

Photo 2 Caption: In the second semi-final, the Southern Stings were unstoppable and charged to a 60-39 victory against the Free State Crinums. Photo: Telkom Netball League (Twitter)