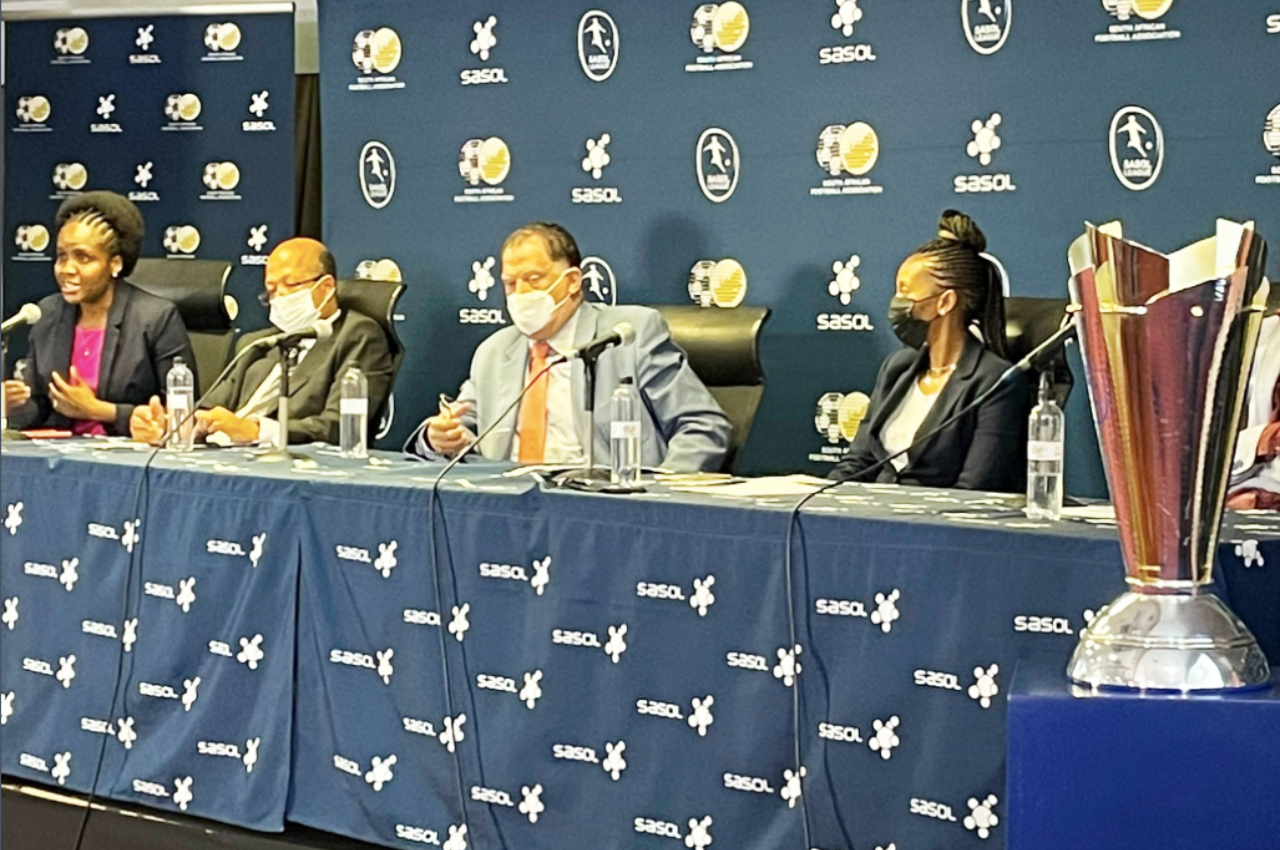 The Sasol League Championship will see nine provincial winners of the Sasol League battle it out for the honour of being crowned Sasol League National Champions, with the winning team walking away with a cool R200 000.00 for their efforts.
The draw has pitted Crouses (GP) against TS Galaxy (MP and Tswelelang De’Scopions in group B.

Nozipho Mbatha, Senior Manager: Group Brand & Sponsorships at Sasol expressed excitement about the return of the Championship, following the lullintervals of non-activity last year because of the country’s lockdown measures, citing that it is one of the integral components of the advancement of women football in the country.

She stated that Sasol, in partnership with SAFA, created the league as a platform for female footballers to showcase their talent and skills by participating in regular competitive football throughout the year.

“The league is also a shining example of our purpose in action whereby we continue to play our part in advancing the interest and developmental needs of women, as well as to broaden the talent pool for women’s national teams (U17, U20 and Banyana Banyana).”

The champions and runners-up of the Sasol League National Championship will also gain promotion to the Hollywoodbets Super League. “We are truly proud that our launch comes after former Sasol League Champions Mamelodi Sundowns Ladies clinched the inaugural CAF Women’s Champions League. We are elated that they have come through this programme”, Mbatha added.

“This platform will also allow our footballers to display their craft and skills with the hope of being noticed by talent scouts, including the coach of the National team, who graced some of our league matches during the season. We wish them luck as they demonstrate their limitless resilience and may the best team win”, Mbatha concluded.

SAFA President, Dr Danny Jordaan said the Sasol League national play offs have for years worked as a feeder for various national set-ups, especially the junior national teams. Of late, it has also become the major provider for new talent in the Hollywoodbets Super League.

“This year’s national play offs will have an added incentive in the sense that the two Provincial teams that reach the finals will be promoted into Hollywoodbets Super League to bring the total number of teams from 14 to 16.

“Durban will be abuzz with expectations, especially in the backdrop of our women teams having done well on the continent – Banyana Banyana winning the inaugural Aisha Buhari Cup in Nigeria to become the best team in Africa and Mamelodi Sundowns Ladies winning the CAF Women’s Champions League”, Dr Jordaan concluded.

Sasol recently extended their relationship with SAFA for an extra four years, reiterating their commitment and contribution to the progression of women’s football in the country.