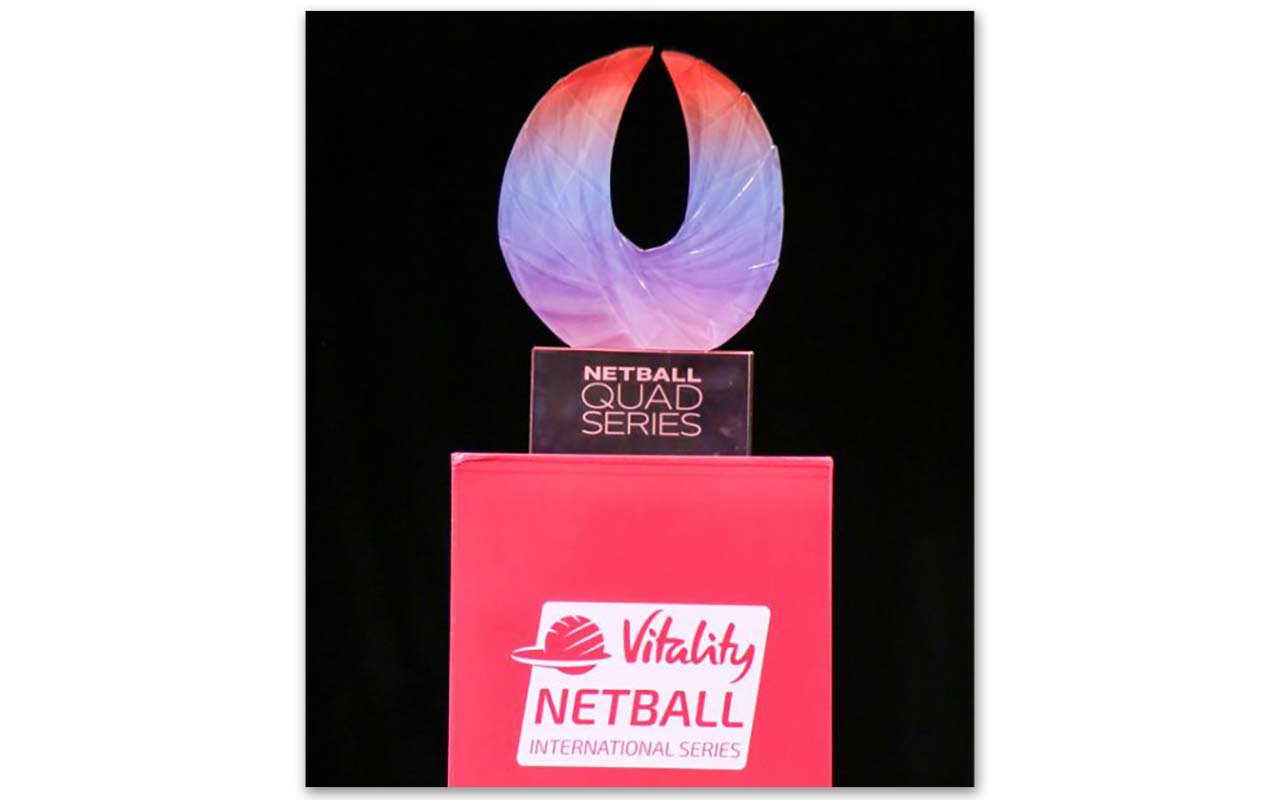 England Netball are delighted to announce the Netball Quad Series, as part of the Vitality Netball International Series, which will see the Vitality Roses host the Australian Diamonds, New Zealand Silver Ferns and South Africa’s Spar Proteas in London in January 2022.

Subject to COVID-19 travel restrictions, the four international sides will take to the court on January 15, 16, 18 and 19 at the Copper Box Arena in London, playing a total of eight games across the series and each competing to win the coveted Netball Quad Series trophy.

The Series was last held in London in 2019, which saw the Australian Diamonds crowned overall winners. This time round the four sides will go head-to-head once, with a third and fourth place game and a final to decide the victorious nation.

The Copper Box Arena, London, will once again open its doors to fans to watch some of the most exciting netball talent in the world go head-to-head on court in what promises to be an incredible four days of live netball action.

And Sky Sports UK will televise every single game live as well as stream all fixtures on Sky Sports YouTube for fans at home to enjoy. For the South African audience, we will confirm broadcast schedule in due course.

Fran Connolly, CEO of England Netball, said: “We are thrilled to be able to confirm the Netball Quad Series – one of the most anticipated international competitions in the global netball calendar. To host such respected international sides in London, and to bring such thrilling netball action to our fans, is incredibly exciting for everyone at England Netball.

“Continuing to operate and deliver elite netball during these times remains challenging and our thanks must go to the staff and players from Netball Australia, Netball New Zealand and Netball South Africa who have worked tirelessly to confirm this event.

“2022 is a year like no other for netball in this country, and as we rebuild our game following the pandemic and look ahead to defending our gold medal in Birmingham next summer, the opportunity to host such a compelling international competition means we can keep the spotlight firmly on our sport, build excitement for the year ahead, and continue to inspire the next generation of netballers to get involved in, play and follow our game.”

reignite the Netball Quad Series is a great way to start the new year and provides us with much-needed competition to test ourselves as we move ever closer to the hugely anticipated Commonwealth Games.

“Despite the challenges we’ve faced navigating the global pandemic over the last two years we have managed to seek opportunities which have seen us take on the world’s best, but overseas. Hosting international sides in front of fans makes this series special.

“The Vitality Roses are so proud to wear the red dress and represent the wider Netball family and we hope to put out performances that they can be proud of too.

“The depth and breadth in quality across the team is the best I’ve known it in recent years,’ and we continue to strive to be better with every performance.”

England Netball members can purchase tickets to the Netball Quad Series, as part of the Vitality Netball International Series, in an exclusive pre-sale window from Tuesday 23 November at midday, with general sale tickets available from Monday 29 November at 9.00am.

Full List of Fixtures for the Netball Quad Series: