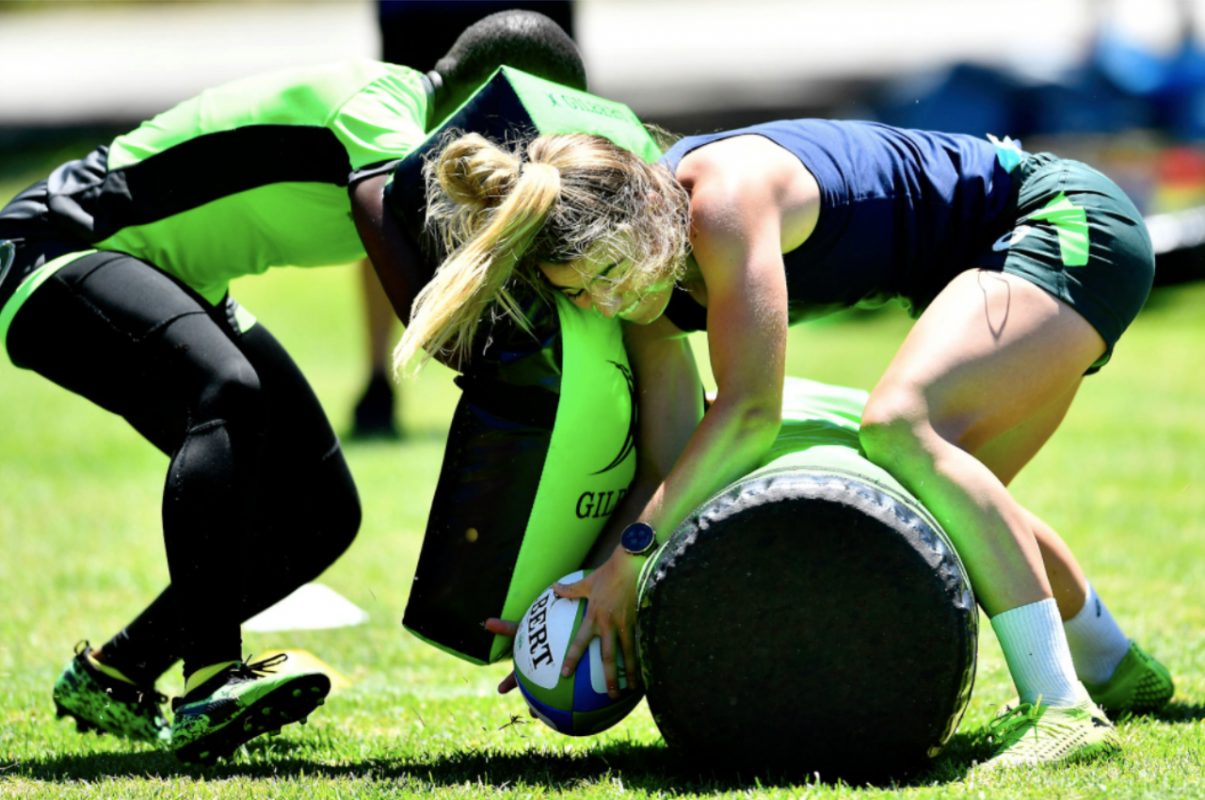 Much has been said and documented about the intent of any Barbarians team and their willingness to get the ball over the try line of their opponents. Come Saturday, 27 November 2021, and Twickenham, not much would have changed in that regard, but in an historic first, the Baabaas would be trying to breach the defense of the Springbok Women.

This opportunity, says Bok Women’s assistant coach, Lungisa Kama, is one that his team will embrace with all they’ve got and if they have their way, reply in kind when it comes to scoring tries.

“This will be so great for our team to play against the Baabaas for the very first time,” said Kama.

“Their team is packed with very good players and for our ladies an ideal opportunity to test themselves against the best there is. If you want to be the best, you must measure yourself against the best, it is that simple.”

The backline coach was particularly pleased with some of the tries his team scored in their last two outings. Against Wales, two long-distance tries by the backs had tongues wagging and on Sunday, against the England U20s, five of the six tries came from crisp passing, sublime running lines and good finishing.

“We would like to continue with that,” he said.

“The work and time spent on the training field is showing. The players are getting more confident as they share time on the field and the understanding amongst them is growing and that is reflecting on the field of play.

“It is very encouraging and also pleasing, as it means the hard work is paying off.”

The challenge on Saturday will be to stay focused on their own game and not get swept up by the adventurous spirit of the Baabaas, who are almost guaranteed to send the ball through the hands all day.

“We don’t expect them to kick much,” Kama admitted.

“Why would they? They have so much speed and skill and we are expecting them to be very strong in the outside channels. If we can keep some structure and create like we did in our last two games, we will also enjoy good success I believe.”

The Springbok Women’s tour concludes with this fixture at Twickenham.