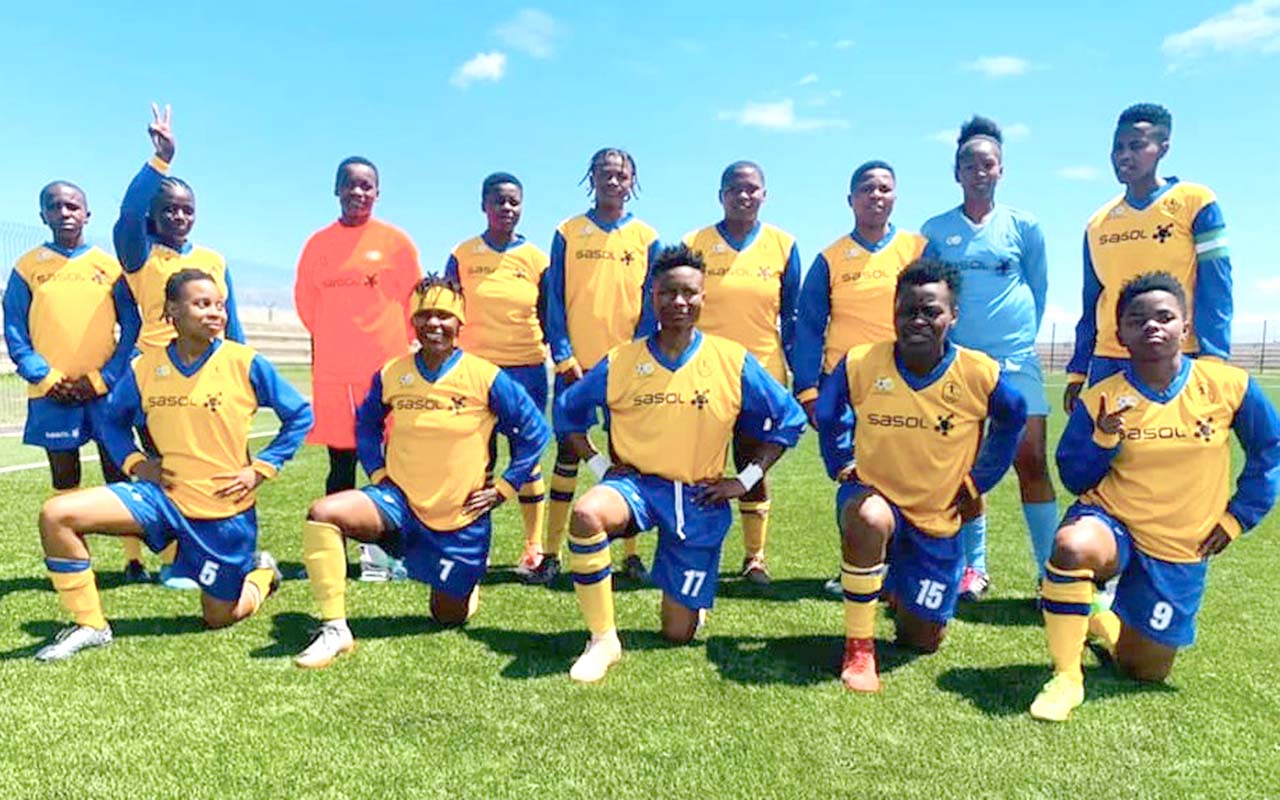 Lads beat Executive Ladies of Flagstaff  5-1 in the provincial playoffs, as the two sides are winners of Steam A and Stream B, respectively, for the 2021 season.

Lads collected 30 points from 12 matches, while their opponents finished on top of the log in stream B on 38 from 14 matches.

After Saturday’s results, Lads will now set sights on winning the Sasol Women’s national playoffs, which takes place from 6-12 December in KwaZulu-Natal.

The winner and runners up of the national playoffs will gain promotion to compete in the highest women’s league in the country, the Hollywoodbets Super League.

Lads coach, Terry Mrwemrwe, said he was happy with his team’s performance this season. “I am happy that we are the Sasol League Champions in the Eastern Cape.

“To be representing the Eastern Cape at the national playoffs is a great honour,” – Terry Mrwemrwe, Coach of the Sasol Eastern Cape Women’s Provincial League champions, City Lads Ladies

“Some things happen for a reason and I believe this year it was our time, because for the last two seasons we always finished as runners-up,” he added.

“City Lads has been in the playoffs before, even before the Women’s National League. However, I think this is the right time for us to shine,” he continued.

“Our plan now is to reach the national league, there are two slots remaining and we want our name to be amongst the two teams that will be added in the league this year.”

Speaking about their win on Saturday against Executive Ladies, the coach said ; “It was a one sided game. The girls’ spirit was very high and when it came to play, they played superbly.

“We could have beaten them with a bigger score margin than that 5-1 because we had many goal scoring opportunities, but it’s just that the forwards could not concentrate,” he concluded.