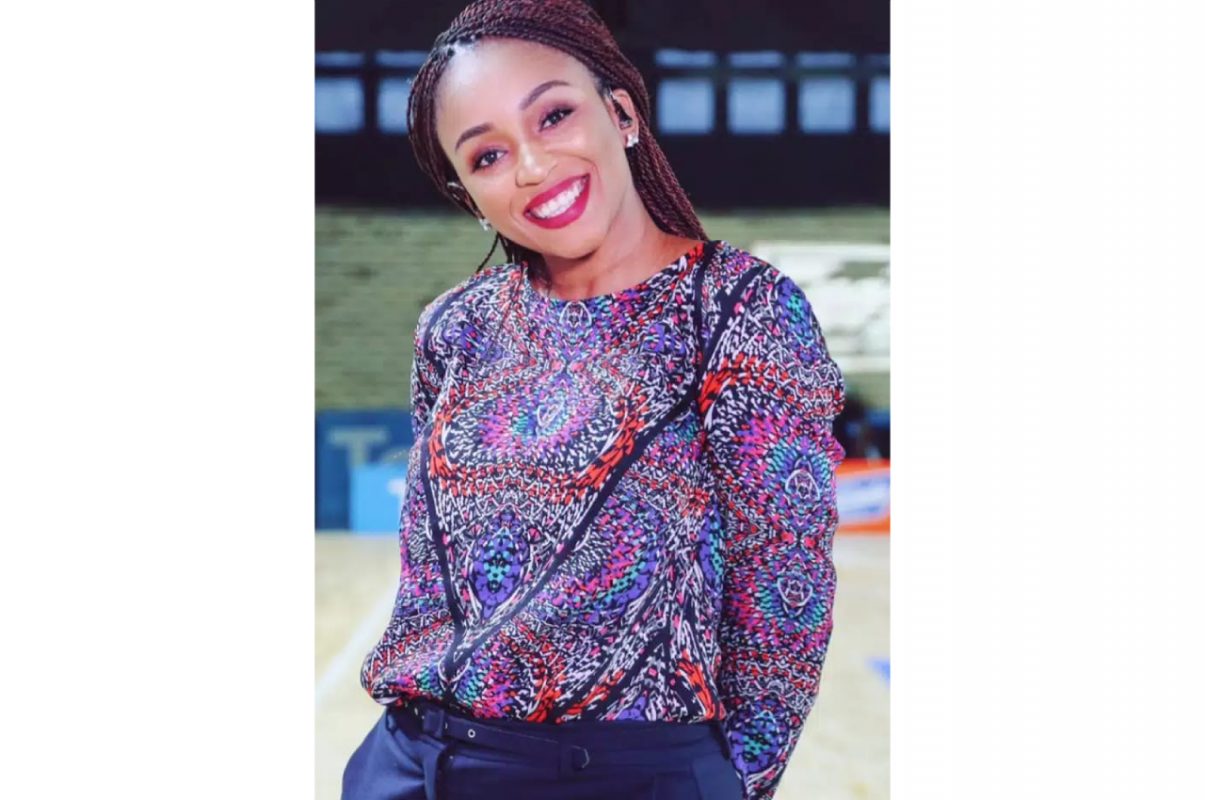 SuperSport TV Presenter, Andee Mahamba, praises the rise of women’s sport globally, revealing that the power of recognition has encouraged females on and off the field to reach greater heights.

The 2020 Momentum gsport Awards Woman in Television finalist says being recognised raises the awareness around the wonderful efforts of phenomenal women who are pioneers in their respective fields.

Mahamba, who recently anchored the Telkom Netball League championship, is a driven young woman from humble beginnings and is aiming to make an impact in sport broadcasting.

From a young age, Mahamba has had a keen interest in sport where she has played and coached during her varsity days, which later led to her being encouraged to enter a Sport Presenter search.

Andee, thank you for taking time out to chat with us. Who is Andee Mahamba?

In short: A driven, young woman from humble beginnings who is determined to make an impact through everything I do, not only in sport broadcasting but all other spaces where I am able to do so.

Where does your love for TV presenting come from?

I’ve loved sport since I was first introduced to it as a young child. I’d literally play different sports at school during the week, then spend the weekend watching sport on TV with my dad – I became completely immersed in it. So when one of the broadcasters announced that they would be having a Sport Presenter Search to look for a new sport presenter, my friends and sister literally made sure I was there. And the rest, as they say, is history.

You have been nominated numerous time on gsport. What are your thoughts on the power of recognition?

Recognition is extremely important, not merely as a gauge of popularity among your audiences and peers, but more importantly as a way of recognising and acknowledging the efforts of the many wonderful women who continue to excel in a space that was created for and is still largely dominated by men. gsport has done a commendable job in raising awareness around the wonderful efforts of these phenomenal women, which also gives hope to those who have ambitions of making a career from sport that it is possible. Recognition and representation play a pivotal role in ensuring that women continue to be seen, appreciated and celebrated just as their male counterparts are.

What are your thoughts on the current state of women’s sports?

It’s been great to witness the global growth in support for women’s sport over the years and I hope this continues. We’re seeing a great number of South African female athletes across various sporting codes getting opportunities to ply their trade overseas, but I would still like to see a bit more focus on professionalising our local leagues and hopefully addressing other issues such as the gender pay gap, corporate sponsorships, media coverage, professional player contracts, etc.

Who are the women that you look up to industry and why?

I look up to Serena Williams and Carol Tshabalala. They are ground breakers and pioneers who paved the way and showed others that it is possible where the system was not designed to benefit them. To have the tenacity to not only perform but exceed under those circumstances is truly admirable.

Having had played and coached netball, how did you end up shifting to sport casting?

I assisted at the sport manager’s office while at varsity and was later roped into coaching the varsity netball team after the coach resigned. I ventured into TV after being encouraged to enter a Sport Presenter search.

What has been your biggest career highlight to date?

Anchoring the 2019 Netball World Cup in studio and working at the Soweto derby at a packed FNB stadium (80 000+ football fans).

What’s your take on this years’ Telkom Netball League championship?

It was a bit disappointing to conclude another season with no fans due to Covid-19 but, it was quite a treat for the viewers to still be able to watch every single game. The competition in Division 2 really intensified this season which was wonderful to witness. The ‘newer’ teams really stepped out strongly and I think all the teams put on improved performances this season. Obviously the Gauteng Jaguars grabbing their fifth successive title was quite a feat, especially after suffering a defeat just before the semi-finals and bouncing back to defeat the same side in the final to lift the trophy – simply outstanding!

What do you still hope to achieve going forward?

I am looking forward to covering more sporting codes, more global events and hopefully the Netball World Cup when we host it in 2023. I also think there is a role to play in advocating for inclusion and elevation of women sport in South Africa and telling our athletes’ stories.

What advice can you give to upcoming women in sport media?

Always remember that you are a conduit and not the focal point. Your role is to foster the connection between the viewer and the guest/subject matter. The athletes or sport you are covering should always be the focal point, not you.

Most people tend to be uncomfortable in front of camera. Try to ease them into conversation and speak to things that are familiar to them.

Preparation is key. Do your research.

We wrote about Andee just over a year ago – check it out!

Photo 1 Caption: SuperSport TV Presenter, Andee Mahamba, praises the rise of women’s sport globally, revealing that the power of recognition has encouraged females on and off the field to reach greater heights. Photo: Andee Mahamba (Supplied)