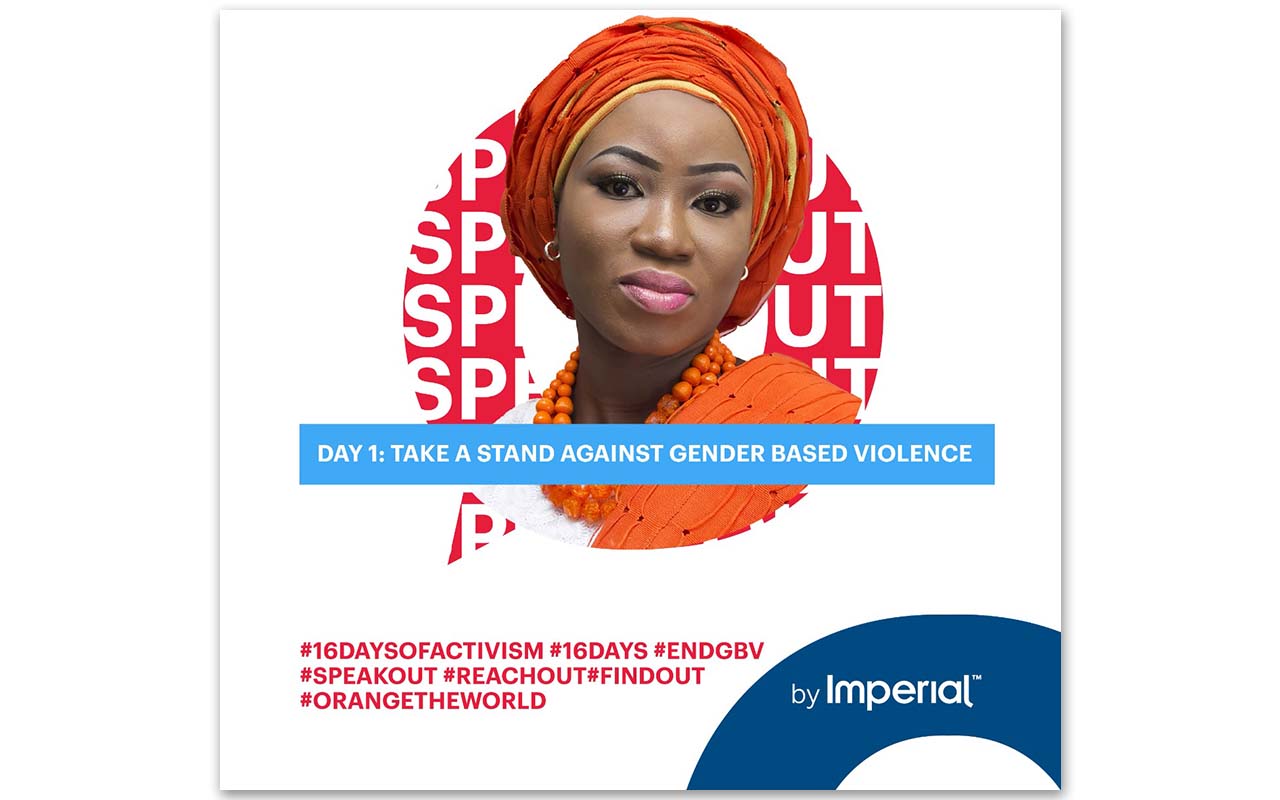 Imperial Standing Strong Together Against GBV

Imperial takes a firm stance against GBV throughout the year, and we pledged our ongoing support for this necessary and urgent cause during President Cyril Ramaphosa’s launch of the Gender-Based Violence and Femicide (GBVF) Response Fund 1 in February this year. We believe that significant progress can be made on this initiative through a collaborative, multi-sectoral effort – including driving awareness around the topic and providing platforms of support for those who are impacted.

One of the most powerful platforms to drive awareness is through sport due to the strong following and broad audiences. The Imperial Lions Cricket teams serve as one of the ongoing platforms upon which we address this critical issue. To this end, Imperial, along with our Imperial Lions, have partnered with POWA (People Opposing Women Abuse) under the hashtag of #endfemicide to ensure that we have a strong voice on the matter and that we are taking active steps to be a part of the change we want to see.

The first phase of Imperial’s ‘Speak Out, Reach Out, Find Out’ GBV campaign was launched internally and externally at the end of June 2021 and gained significant momentum in terms of awareness, and more importantly, in terms of people utilising the resources we provided in the campaign to seek help for GBV-related issues. A working group has since been established to focus on entrenching the current GBV campaign throughout Imperial.

The second phase of this campaign will run concurrently with the global 16 days of activism campaign, beginning on 25 November which is the International Day for the Elimination of Violence against Women – a day that has been identified by UNESCO as Orange Day. The colour orange symbolises a brighter future, free of violence and serves as a means of demonstrating solidarity in eliminating all forms of violence. The Imperial campaign will be rolled-out across the organisation and will also include relevant elements of mental health – another critical cause that is oftentimes linked with GBV.

Imperial has also launched a number of GBV programmes that drive this agenda and the annual 16 Days of Activism campaign presents another powerful opportunity to harness these programmes and continue with the right dialogues to make a positive change.

GBV has a root cause – it starts at home with our children, and therefore educating them on avoiding violence and giving them coping mechanisms to cope, report and address GBV in their homes and communities is a critical component to tackling GBV. As such, we piloted a GBV programme in under privileged schools to raise awareness around this issue, as well as to give students who are victims a platform and a ‘safe space’ to get support. As part of the initial pilot, we visited 20 schools with the Department of Education. Ten schools are currently running the programme and we hope to increase this numbers in the year to come.

In line with our focus on GBV, we have established the ‘Imperial SHERO Network’ which aims to bring together our ordinary, day-to-day sheroes and heroes to provide support to other colleagues on important issues, including being a first point of contact should a colleague need access to resources related to GBV. The SHERO network was trained by ICAS to ensure that our sheroes and heroes are able to provide employee support effectively.

Other GBV support to employees

Imperial is providing support to all its employees through a dedicated microsite, as well as a WhatsApp group, which assists employees who are victims of GBV or who know someone who is a victim of GBV. Disclosure of GBV by employees is completely confidential and supported by ICAS as the primary contact for assistance. ICAS has 200 trained workers who can guide and support people.

We encourage everyone to ‘Speak Out, Reach Out, Find Out’ if you are a victim of GBV or if you know of someone who is or has been a victim of GBV. This is an urgent cause that requires collective and collaborative effort from each of us to make a positive difference.

Photo 1 Caption: Imperial takes a firm stance against Gender Based Violence through sport, using the platform to drive awareness and address this global issue. Photo: Supplied