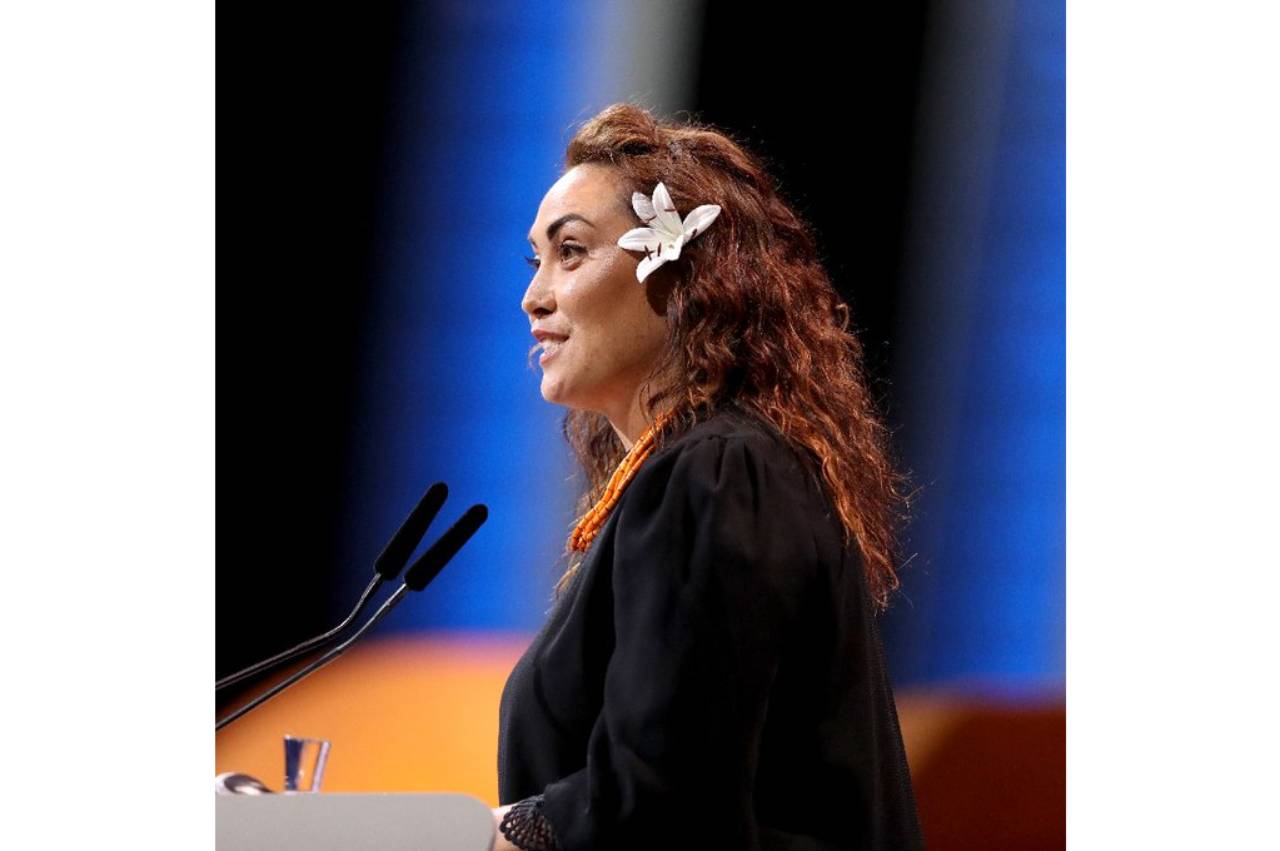 Around this time last year, Sarai Bareman was excitedly preparing for the final of the FIFA Women’s World Cup in France.

Even then, on the eve of the showpiece match, FIFA’s Chief Women’s Football Officer knew that the tournament had smashed records, laying the foundation for a bright and exciting new era in the women’s game.

No-one at that stage, of course, imagined that the world of sport would come to a grinding halt due to COVID-19. A global pandemic that has seen unprecedented moves like pay cuts and games played behind closed doors.. While certainly not downplaying the challenges the pandemic poses, Bareman struck an optimistic note as she looked to the future for women’s football.

Before focusing on FIFA’s relief plan and the 2023 FIFA Women’s World Cup in Australia and New Zealand, she began by reflecting on a golden French summer and a tournament never to be forgotten.

From a technical, tactical and physical point of view, France 2019 was the best FIFA Women’s World Cup ever. Why was it the best for you?

Well for me it was the best because it represented the culmination of so many hours, days, weeks and months of hard work. For everybody involved, so much effort had gone into making this World Cup the success that it was. What we achieved in France was definitely one of the proudest moments of my career.

It was such a success in terms of the spectators and broadcast views. That made it all the sweeter. In the women’s football world, the FIFA Women’s World Cup is like a beacon, the very top of the pyramid. It is the biggest event we have every four years to showcase our sport and our athletes. It did it in the best possible way, and really opened the eyes of the world to what women’s football is all about.

A total of 1.12 billion viewers watched France 2019 – a record. Did you expect such success?

We targeted one billion as our objective for broadcast viewership and were able to exceed that, which was obviously amazing. I think it is what separated France from many of the previous editions of the tournament. More than one billion people from all around the world having access to our sport, tuning in to watch it. This was a game-changing moment for women’s football.

How will women’s football develop in the future with the help of FIFA?

I think FIFA’s prioritisation towards women’s football is bigger than ever, particularly off the back of France. We are planning to invest USD $1 billion over the next four years. We have tailor-made dedicated development programs for the 211 member associations. We have a very specific women’s football strategy that we are implementing and there is targeted research we are carrying out currently, to accelerate the professionalisation of women’s football.

“We are putting a lot of effort into education and increasing capacity and seeking to increase the number of women in football administration, and into decision-making bodies. I am very happy to have that level of momentum, which is being met with enthusiasm by our stakeholders too.” – FIFA’s Chief Women’s Football Officer, Sarai Bareman

We are working with partner agencies and organisations outside of the football family to support us and amplify the positive social impacts of our sport. Not only with those that are on the pitch – the players and coaches – but also for women in football. We are putting a lot of effort into education and increasing capacity and seeking to increase the number of women in football administration, and into decision-making bodies. I am very happy to have that level of momentum, which is being met with enthusiasm by our stakeholders too.

What was your personal ‘magic moment’ of France 2019?

That one is very easy for me. It was the opening match in Paris. I can remember it very clearly. Sitting in the stands with my colleagues; watching the opening ceremony; seeing the jets fly over; hearing the roar of the crowd when the two teams marched on to the field; seeing the flags and banners of France and Korea Republic waving throughout the stadium; every seat full.

I was crying. So much had built up to that moment. Then to see it come to fruition in such a big way, in a sold-out stadium, in such a beautiful setting, was incredibly emotional. It was a very powerful moment for me.

Who surprised or impressed you the most?

You are probably looking for an answer that is related to what happened on the field but I’m going to give you a different answer. The biggest surprise for me were the fans. I obviously expected a lot of fans to come. But what surprised me was just how incredible the fans were. Their level of engagement; how they showed up for the teams, as well as how diverse the crowds were at every match we went to.

It was beautiful to see so many families. Generations of families: grandparents, parents, children. I was blown away by the passion. I felt the fans knew they were part of something bigger than just this World Cup. They were part of a movement; something so much more than just what was happening on the field in front of them. You could really feel that energy.

You said the number of women in football should be increased. Gender equality is an important issue, and not only in football. How should the status quo be improved?

Firstly, what I loved about France is that it provided this incredible platform for those conversations to take place. That is the power of football – the power of women’s football. It provides a place where people can come together and actually have these open discussions. The athletes can also use that platform to voice their opinions.

“Our job in FIFA with respect to women’s football is to get it to the same level. We need it to be mainstream, so there is no longer a discussion about men’s and women’s football in the future.” – Bareman speaks on gender equality in football.

From a very simplistic point of view – both personal, but also from the view of FIFA – everybody should be treated equally. That’s how simple it is for me. Our job in FIFA with respect to women’s football is to get it to the same level. We need it to be mainstream, so there is no longer a discussion about men’s and women’s football in the future. We will just simply talk about football. Until we see everyone who is responsible for delivering football, treating the men’s and women’s game in an equal way, we will continue to work towards that.

When you think about the legacy of 2019, women’s football was heading in the right direction. Now many fear its development has suffered a setback because of the COVID-19 pandemic. Are they right and how can this be counteracted?

I think the entire world of football has been impacted and we have to be very clear about that. Society as a whole, but football too. This is something that became very clear to us very early on, as we started to speak with our stakeholders – clubs, confederations, member associations, the leagues and players – to really try to gauge the feeling on the ground. How were people being impacted physically, as well as financially? That gave us a really good overview and ultimately resulted in the relief plan that FIFA has rolled out for the football family.

I am particularly proud of the way FIFA reacted in respect to women’s football. From the beginning, there has been a very clear message from the top, starting with the President: women’s football is important and must remain a priority. It has been an integral part in the process of creating a relief plan. The level of investment that we make as an organisation is increasing now because of what has happened. Dedicated money will be made available to all the member associations, specifically for the women’s game, and over and above what they were already receiving.

I know there is a lot of fear and to be honest I shared those fears at the very beginning. I think, though, we have to approach things in a positive way. It has always been my experience – particularly in the world of football – that moments of adversity lead to the biggest opportunities. Women’s football needs to catch a light on this, and I think we can come back bigger, stronger and even more popular.

Australia and New Zealand will host the FIFA Women’s World Cup 2023™. What does this mean for women’s football in those countries and the Asia-Pacific region?

“More than 800,000 women and young girls are joining grassroots programs after France. I know this will be the same in Asia and the Pacific. It excites me that it will result in many more opportunities for young girls in that region.” – Bareman points out the impact on grassroots football after the France World Cup.

We have already seen off the back of France 2019 the increase in participation in the women’s game – especially in Europe. I saw figures for example in England. More than 800,000 women and young girls are joining grassroots programs after France. I know this will be the same in Asia and the Pacific. It excites me that it will result in many more opportunities for young girls in that region.

I was very fortunate to grow up in New Zealand where I had access to a club and infrastructure. I was able to play and I was very well supported. I think this Women’s World Cup will act as a catalyst and is going to open up so many eyes to how big women’s football is, and what a huge opportunity exists for the women’s game.

Twelve teams participated at the first Women’s World Cup in 1991; in 2019, it was 24. In 2023, it will be 32. It is safe to say that a lot has changed in the last 28 years. In your opinion, what should be the next step to lift the Women’s World Cup to the next level and to further increase the tournament’s value?

From a commercial perspective, there is a lot that we can do around activating the partnerships we have. Getting more people involved and ensuring that every fan that comes to a stadium to watch games or tuning in from home to watch on television has an enhanced experience – that’s something that we’ll put a lot of effort into over the next three years, particularly around technology and digital innovation. We’ve been able to gather a variety of data, tracking players and what’s happening on the field with the physical aspects of the game. With that alone, if we make the best use of it, we can hugely enhance the fan experience.

From a technical women’s football perspective, it is also about enhancing the experience for the players. We’ve got the best players in the world. It’s the biggest opportunity we have to showcase their skills and what they are capable of. It’s important that we continue to work to improve the conditions for those players so that they can continue to perform at their best and put on an incredible show for all those fans coming to watch them in 2023.

Photo 1 Caption: FIFA’s Chief Women’s Football Officer, Sarai Bareman, reflects on a successful 2019 FIFA Women’s World Cup in France. She also reveals the plans for the future of women’s football and the next global showpiece in 2023. Photo: FIFA 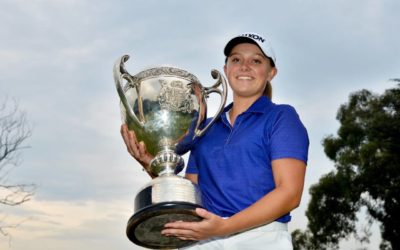 Caitlyn Macnab is one of South Africa’s emerging athletes to be watched, at 18 she’s already represented her country in several top tournaments around the world. The Emerging Athlete of the... 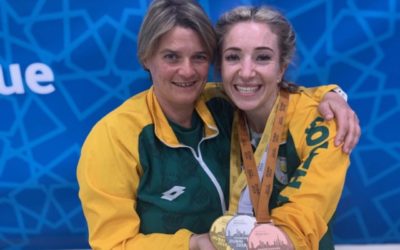 Weyers Ready to Fulfill Her Dreams at the Tokyo Games

Two-time Paralympian and World Champion Anrune Weyers is a double-finalist at the Momentum gsport15 Awards and she’s eager to get to know more women in sport so as to inspire and empower one... 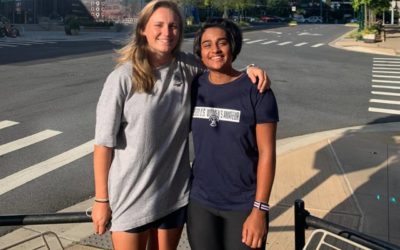