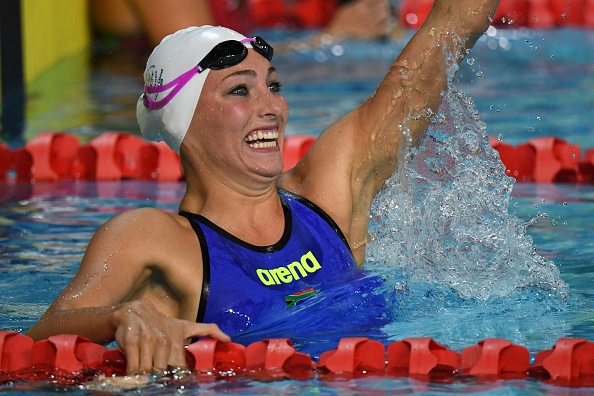 South African swimmer and Napoli 2019 double gold medalist Tatjana Schoenmaker is gearing up for an important year in her swimming career, as she prepares for the Tokyo Olympic Games later this year.

“The biggest lesson I learnt last year was not to doubt myself, because doubt brings fear,” she said. “You try and convince yourself that you are ready for a race and you can do it but earlier, there was still something inside me that didn’t believe what I was telling myself. As soon as I really let everything go, I ended up swimming my personal best.”

The 25-year-old initially started her swimming career with water safety and was quickly recognised for her talent. She then took the decision to compete professionally. Schoenmaker has been swimming for 15 years now and continues to train hard, hoping to add to the list of South African swimming greats.

Last year, she became the first South African female to win a medal at the FINA World Championships which brought her to tears on the podium as she received her silver medal. She swam a brilliant semifinal race and went on to set a new African and South African record in the women’s 200m breaststroke at the Championships at Gwangju; her time was 2:21.79. This came as an added feather in her cap after she had clinched double gold in the women’s 100m and 200m breaststroke at the 2018 Commonwealth Games.

“The atmosphere was so peaceful yet exciting. Having a team that believed in me and was with me, played a big part in my experience there,” Schoenmaker recalled.

This year she hopes to be able to realise her Olympic dream at Tokyo 2020, as she is well on track to represent South Africa.

“I swam the qualifying time at FINA World Championship and at altitude, there have been a few times that I was under the qualifying time so that’s good” she said excitedly. “It is crazy how you work your whole life for something and now there are only a few months left to the games, which I cannot wait for!”

As for other plans for her year ahead, the Olympic hopeful said, “I am not studying this year so I will swim, swim, swim and I am really going to try to make this a great year.”