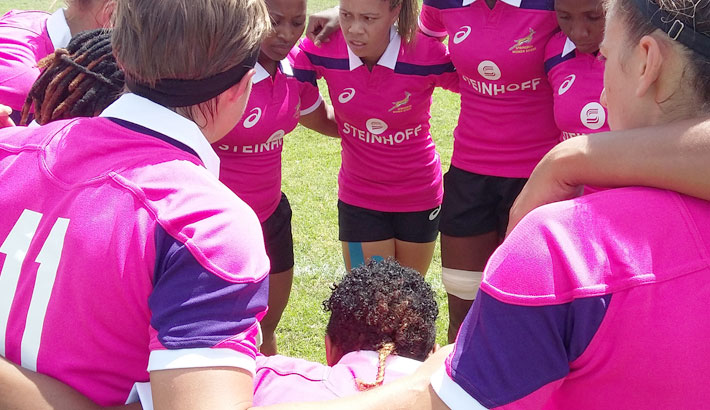 The SA Select Women’s Sevens have been drawn in a challenging pool with Brazil, the USA Select 7s and a mixed international team, Stars Rugby 2, at the Las Vegas Invitational from 3 to 6 March.

The tournament kicks off one day before the USA Sevens and will run concurrently with the men’s HSBC World Rugby Sevens Series tournament until the final day’s play on Sunday, where the champions will be crowned.

The Las Vegas Invitational will mark the SA Select team’s first tournament of the year, although the Springbok Women’s Sevens players and a handful of fringe players participated in a series of friendly matches against Brazil in Stellenbosch late in January.

“We played against Brazil a few weeks ago and we know what they are capable of, while we expect the USA Select team to test us thoroughly as well, especially if one considers that their first choice team have been performing well consistently on the World Rugby Sevens World Series,” said SA Select coach Renfred Dazel.

“We don’t know much about the Stars Rugby team, but every team participating in the competition will enter the tournament with hopes of winning, so we will have to be in top form to reach the Cup semi-final and final.”

The SA Select Women will kick off the tournament on Thursday against Stars Rugby 2 at 19h00 (SA time), which will be followed by a clash against Brazil later in the evening. They will conclude the pool stages on Friday with a clash against the USA Select before the 16 teams battle it out in either the Cup quarter-finals or Bowl section.

Photo 1 caption: The SA Select Sevens have been invited to participate in a buildup tournament ahead of the USA Sevens, Round 5 of the 2016 HSBC Sevens World Series in Las Vegas, the USA. Photo: Supplied

Photo 2 caption: Having lost out on qualification to Rio 2016, the SA women’s sevens setup has set it mark on improving its world ranking in non-Olympic participation. Photo: Supplied

Photo 3 caption: Part of the squad’s readiness programme has involved providing pre-Olympic competition for qualified teams. In this photo, the SA women’s Sevens team takes on Brazil in Stellenbosch during January. Photo: Supplied