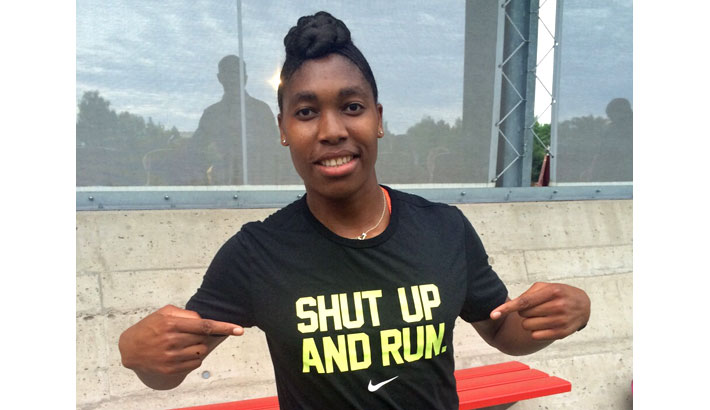 South African running sensation, Caster Semenya, says she is happy with her performance at the Union Leichtathletik Gala in Linz on Saturday night, but is refusing to get carried away.

Semenya ran a 2:00.72 to qualify for the World Championships in Beijing. Speaking to gsport, the track star said: “I’m still working on my training so I can do well in the rounds. So you just have to wait and see in Beijing.”

Following her effort in last night’s race in Linz, Athletics SA President, Aleck Skhosana confirmed to media that Semenya would be part of Team SA at the World Champs.

Semenya says although she has not heard from ASA yet, she is relieved at news that she has made the team. “It’s quite a relief, because I have missed two Championships lately so I feel blessed. Patience has paid off and what can I say, God is great all the time, and he never fails his kids.”

Semenya says she has worked hard over the past year, and she is happy with how she fared in what is likely to be her final race meeting ahead of the World Championships, which start on 22 August in Beijing.

“I’m very happy with the time and also because I have managed to adapt to the program of a new coach within a year, so I am pleased with the results and just looking forward to what’s coming.”

Semenya has worked hard to recover from a recent injury, and believes things are turning around. “We have done a lot of distance, so it’s very easy when you have distance on your legs to gain speed quickly.”

Photo 1 caption: Semenya’s T-Shirt says it all as the SA track star wins official support with her Beijing World Champs selection, after running her fastest international 800m in two years at the Union Leichtathletik Gala in Linz on Saturday, 1 August, 2015. Photo: supplied