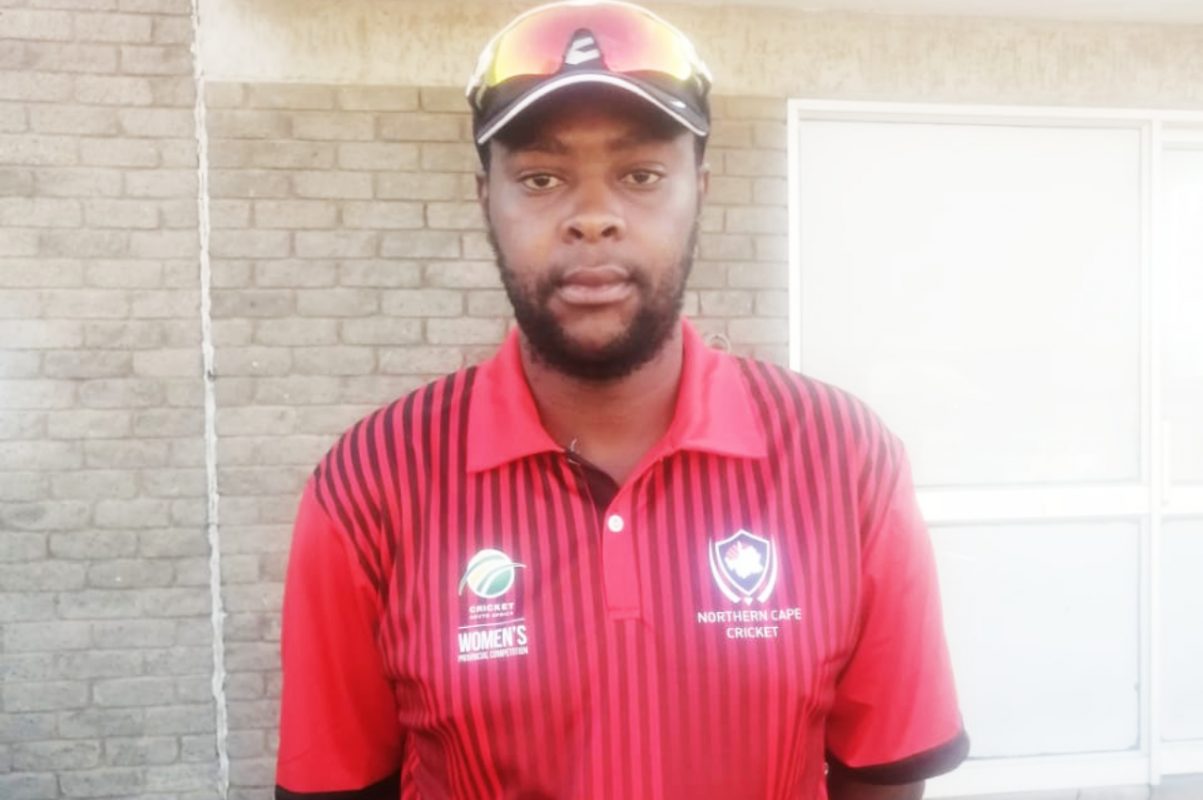 Northern Cape Cricket U16 Girls coach, Sibusiso Mfaba, aspires to lead the Momentum Proteas team one day as he currently plays his role to develop the next generation of cricket stars.

After two and half years of volunteering at the club, Mfaba was fortunate enough to be offered the role of RPC head coach at Easterns Cricket where he was also involved in the women and girl’s cricket pipeline in various coaching roles.

Mfaba hopes to keep adding value towards women’s cricket by providing them with experience that will ensure that the game of cricket is alive in Northern Cape.

Speaking with Tlamelo Kganakga, Mfaba chats about the current state

Coach Sibusiso, thank you for chatting to us. Please give us a brief background about yourself.

Born in Soweto, grew up in Spruitview which is in Ekurhuleni. Attended primary school at CBC Boksburg and matriculated at Boksburg High. Studied coaching science at ETA College. Currently living Kimberley where I’m employed by Northern Cape Cricket as the U16 girl’s framework coach.

The sporting culture and environment at CBC Boksburg was the catalyst. I played cricket, soccer, and rugby from age 9. The passion and love for sport has been a big part of my DNA since.

What difficulties or challenges have you encountered through the years and how have you managed to overcome them?

Early in 2021, I was in a very bad space and the ‘WHY’ I started coaching forced me to realign my focus and keep the dream to coach the Proteas women’s side alive. Then the opportunity to move out of my comfort zone and take on an exciting project here in the Northern Cape presented itself. I haven’t looked backed since I left Gauteng and I can truly say that I’m alive again and looking to add value to the cricket fraternity here, in particular the women’s and girls cricket space.

How did coaching all start for you?

I played cricket for Vosloorus Cricket Club and noticed a need for additional hands in their structures to service cricket in the area. That’s when I started to help coach various teams at the club. After two and half years of volunteering at the club, I was fortunate enough to be offered the role of RPC head coach at Easterns cricket where I was also involved in the women and girls cricket pipeline in various coaching roles.

Earlier this year, you took part in the CSA Girls Tournament. How was it for you and how did you feel about your team’s performance?

It was an amazing opportunity to have at look at the national standards for girl’s cricket, so we can see where we are and the development gaps we need to close to ensure we become competitive in future tournaments. We went into the tournament without any expectations either than being 1% better every time we stepped onto the field, and this took away the pressure to push for results and allowed us to enjoy the week.

What’s your take on women’s cricket development in Northern Cape?

The game is growing, and all stakeholders have laid a foundation. The structures currently being put into place and the amount of people who are putting up their hands to provide support are a step in the right direction and this bodes well for the women’s and girls cricket development. This will ensure that we leave the program in a better place than when we found.

Where would you like to see the team in future?

To keep on improving as a team and provide experiences for these girls that will ensure the love for the game never dies.

Photo 1 Caption: Northern Cape Cricket U16 Girls coach, Sibusiso Mfaba, aspires to lead the Momentum Proteas team one day as he currently plays his role to develop the next generation of cricket stars. Photo: Supplied