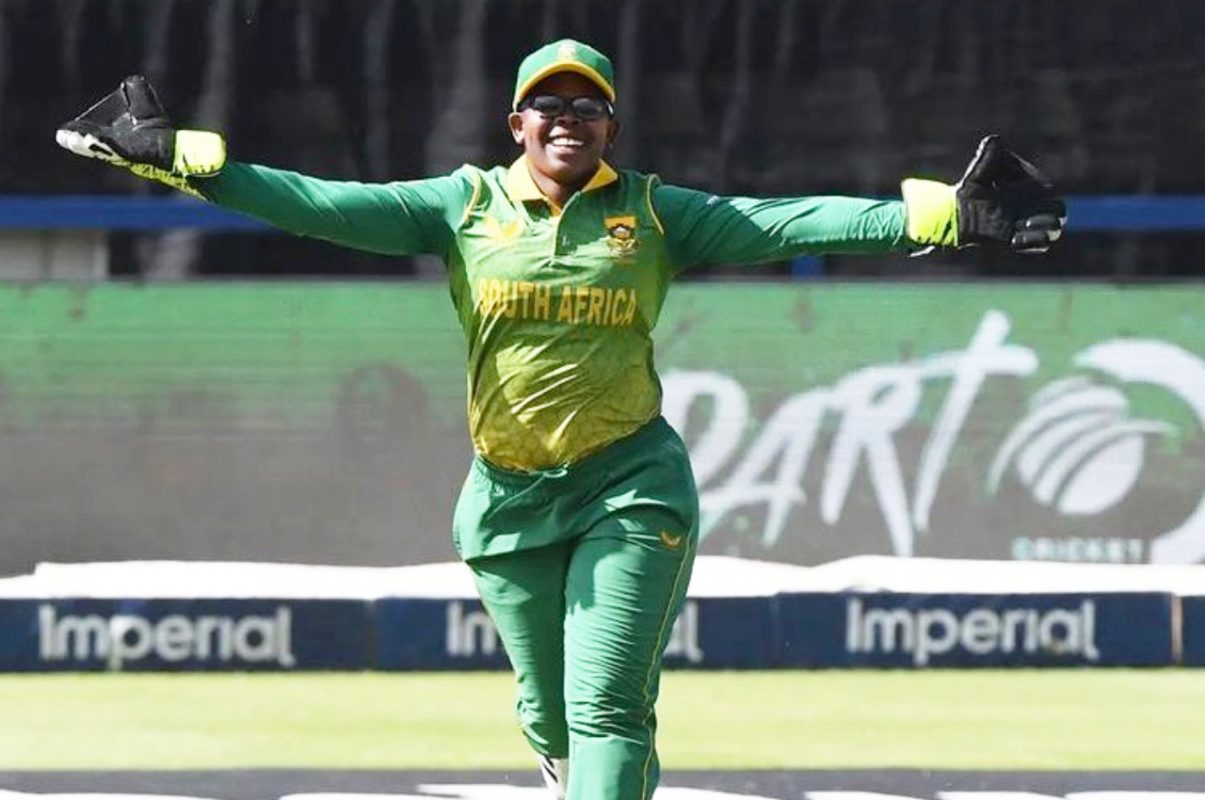 Momentum Proteas wicket-keeper batter, Sinalo Jafta is focused on holistic growth in her career, while remaining present and taking accountability as she prepares to kick off her 2022/23 season in the South African colours.

Jafta is part of the 15-player squad that is currently in England for a multi-format tour that includes a historic once-off Test, South Africa’s first since 2014, as well as two three-match limited overs series in One-Day International and T20 International cricket, getting under way between 27 June – 25 July.

The 27-year-old missed out on the Ireland Tour earlier this month and now having been reunited with the team for a week that included a drawn warm-up Test against England ‘A’, she is excited to impress and get started on achieving her season’s goals and ambitions.

“It’s been amazing. Just being back in the environment and the team have accepted me back now. They have been together for a bit so coming in upfront felt awkward but now that we are a few days in, with training and also the match last week, it has been very good, “Jafta said.

“For me, the one thing that I have always worked on is that it’s a journey. It’s a learning curve and my biggest thing for this season is to be present, take accountability for every situation that we find ourselves in and going forward, it is going to be about the test of mental strength and also the maturity.

“I feel like the role I am going to have coming in now is going to be different than any I have had. I keep growing every year and now it’s just about that leap and I am super excited about the season.

“You always (want to) improve, the biggest thing for me now is to contribute with the bat at the backend for the team and just setting up big scores,” she continued.

Looking back at the 2022 ICC Women’s Cricket World Cup earlier this year in New Zealand, despite not featuring in a match en-route to South Africa’s semi-final finish, Jafta insists the experience was invaluable as she still played a key role in supporting her teammates, including becoming the squad’s joke teller.

“I keep telling people back home that I think I learnt the most I have ever learnt, even if I was not playing,” Jafta commented.

“Just hearing what Coach Hilton would say to me in my ear, the messages coming in; you had to always be on your toes. As much as there was a starting XI; those on the bench, we had a crucial role. You obviously have the likes of Marizanne Kapp, who would ask for a million gloves, so just to have everything sorted and make them as comfortable as you can was so crucial. The information coming in (from the side lines) has to be clear for the success of the team. On her stint as the team’s source of laughter, she said:

“It actually started with the commentator, Natalie (Germanos). I told her that I would one-up her in the jokes department and I remember the night before the semi-final, funny enough, I went on Google and with dad jokes, you can never go wrong.”

Off the cricket field, the East London native and former Stirling High School pupil has also undertaken a personal journey after launching her ‘SJ10 Foundation’ aimed at helping those less fortunate by inspiring change and helping young girls and boys find their purpose and passion through the game of cricket.

“Our first initiative is sports bras, so I am super keen about that. I still remember going to the less fortunate areas where kids didn’t have the means for a sports bra and (now we are) teaming up with lovely brands that will be helping us.

Photo 1 Caption: Momentum Proteas wicket-keeper batter, Sinalo Jafta is focused on holistic growth in her career, while remaining present and taking accountability as she prepares to kick off her 2022/23 season in the South African colours. Photo: Sinalo Jafta (Instagram)