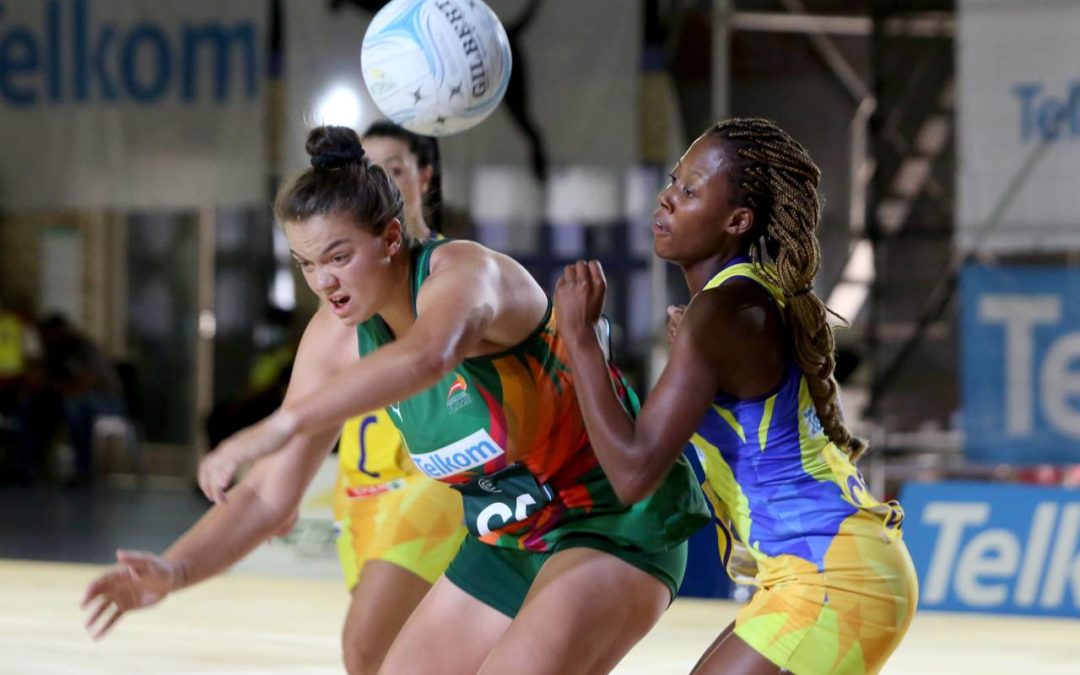 The Southern Stings caused an upset in a very dramatic encounter against the Free State Crinums with a 37-36 victory on Sunday, 18 October 2020.

It was the Crinums who had the upper hand with a one goal lead in the second and third quarter after both teams played to an 8 all draw in the first quarter. The Stings went for different combinations after making 10 changes in total in the third quarter but little did they know that this would set them up for a nail-biting finish.

The intensity of the match accelerated in the last five minutes of the game with the ball moving from end to end with a lot of mistakes being made in both shooting circles but either side failing to convert the turnovers. Annelie Lucas side scored the winning goal in the final 15 seconds to move up the Division A log and register their second win of the tournament.

‘’We had quite a lot of turnovers, but we didn’t convert them and those are mistakes that shouldn’t happen. We were quick to turn their balls and very quick to lose our center passes and those are little mistakes that we cannot have,” Crinums vice-captain Sikholiwe Mdletshe commented after the match.

Meanwhile, a one hundred percent goal percentage between Kingdom Queens goal shooter Nomfundo Mngomezulu and goal attack Sinethemba Mkhize in the first quarter against the Eastern Cape Aloes had no impact as the Queens suffered a 34-39 defeat.

The Aloes led all four quarters but were given a run for their money in the third quarter when the Queens closed the gap to 26-25. Aloes coach, Sameshia Esau called for strategic time-out in the last three minutes despite her team leading by 3 goals at the time trying to avoid the same narrative that happened against the Sunbirds in their previous match, losing that game by one goal.

Another close match saw the Mpumalanga Sunbirds sneak in a 32-29 victory over the Limpopo Baobabs in the last ninety seconds of the game. The Limpopo side looked much better than their previous games, holding the Sunbirds to an 8 all draw in the first quarter and leading 25-24 in the third quarter. However, this does not mean much as this is their fourth defeat in Division B and will remain at the bottom of the log.

Baobabs captain, Nthabiseng Mothutsi was proud of her team’s display today: ‘’For this game, we just went back to the drawing board and made sure that we fix every mistake that we have made in the last three games and our team spirit and courage showed at the end’.”

The Western Cape Tornados redeemed themselves in a 42-36 win against the Northern Cape Diamonds.

Tornados coach, Danlee Matthew’s made three changes in the second quarter after losing the first quarter 8-10. Zaandre Barret-Theron was brought in to rest Amber Coraizan and the introduction of Sasha-Lee Peterson on wing defence and Anke Uys on goal defence switched things up at the back.

The Diamonds who won their last two matches changed their shooting circle completely and their attack in the hope of bouncing back from trailing 17-18 and 26-30 in the second and third quarter, respectively.

A convincing 6 goal lead at the end gave the Western Cape side their second win in the competition. Diamonds coach, Karien Opperman believes fatigue kicked in during the game, ‘’I think fitness and commitment wasn’t present, maybe when I made the changes it was too much and the girls couldn’t adapt quick enough and pull through.”

The Golden Fireballs only gained momentum from the third quarter to beat the North West Flames 41-34. Dumisani Chauke’s team will soon be known as the catch-up queen’s having bounced back against the Kingdom Stars in their previous game.

The Fireballs have now leapfrogged the Jaguars and sit on top of the Division A log since the champions weren’t in action.

‘’We just going to take it one game at a time, everyone knows the Fireballs were nowhere near staying in Division A but for us to be able to be where we are now, we can’t take that for granted,” Fireballs captain, Bongiwe Msomi commented after the game.

In the last match, the SPAR U/21 TNL Team played their fifth exhibition match against the Free State Crinums and lost 41-31. DR Elsje Jordaan’s side will next face the Southern Stings in their final match of the tournament on Monday evening at 7pm.