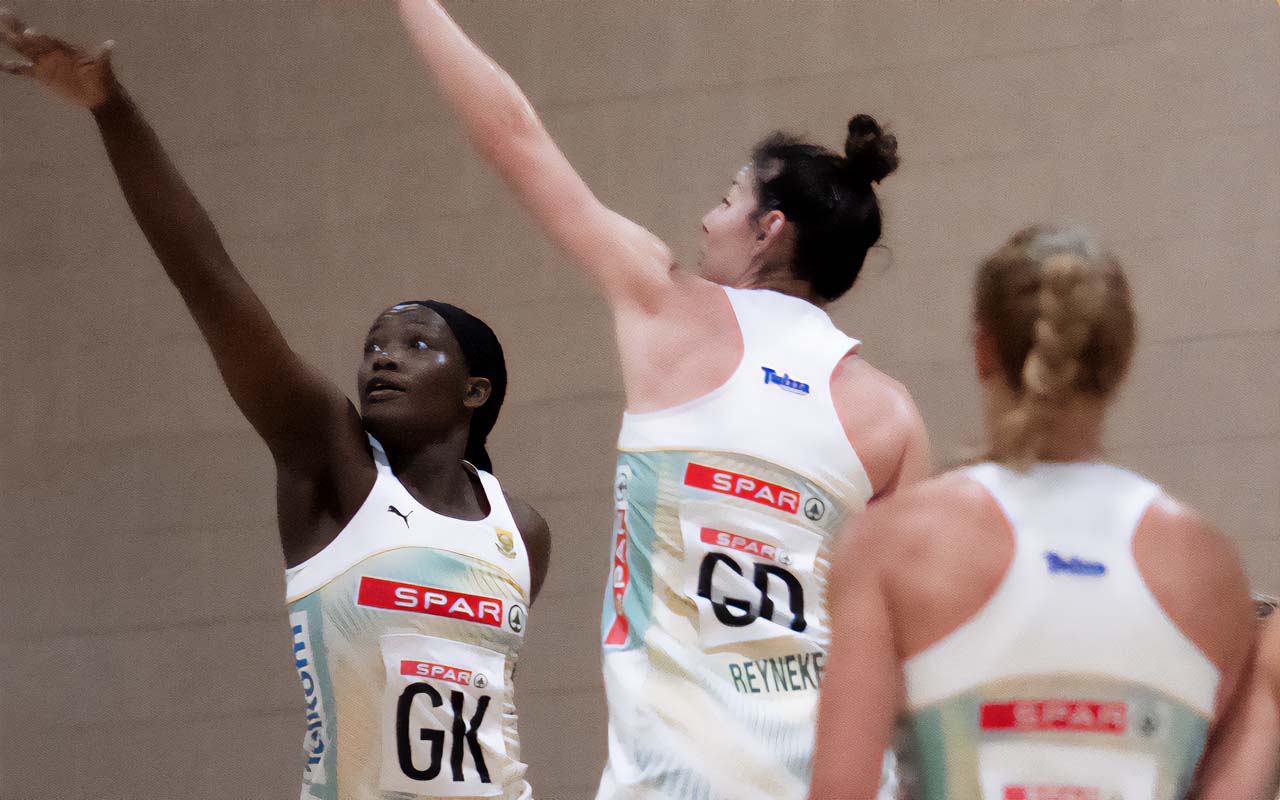 Dorette Badenhorst made a few changes to the team that started on Monday against Zimbabwe, with Jamie van Wyk who had a great debut paired with Phumza Maweni at the back and Monique Reyneke playing wing defence.

South Africa took the bull by the horns as soon as the game started and made sure that they take the lead and control the game instantly. Kenya were not making life any easier for their opponents as they challenged for every ball even though the champs were more clinical and superior tactically. It was the Spar Proteas that led the whole quarter and ended with a 15-4 lead.

The Spar Proteas were not letting go of their lead and made sure that they continued applying the pressure. Whilst Kenya kept coming at South Africa, they kept their shape and the defence combination of van Wyk and Maweni yielded desired results as they restricted Kenya to only scoring eight goals as compared to seventeen of South Africa. The second quarter ended 32-12 to South Africa.

In the third quarter, Badenhorst made more changes with Khanyisa Chawane coming in at Centre and Jessica du Plessis earning her second cap as goal attacker. South Africa maintained their comfortable lead and ended the quarter with a 32 goal gap (50-18).

The Spar Proteas left nothing to chance and kept going even though Kenya had just become more comfortable behind the ball, however it was not meant to be for them.

South Africa will play Tanzania on Thursday, 11 November 2021, at 11:00 SA time. This match will be streamed live on Netball South Africa’s Facebook page.