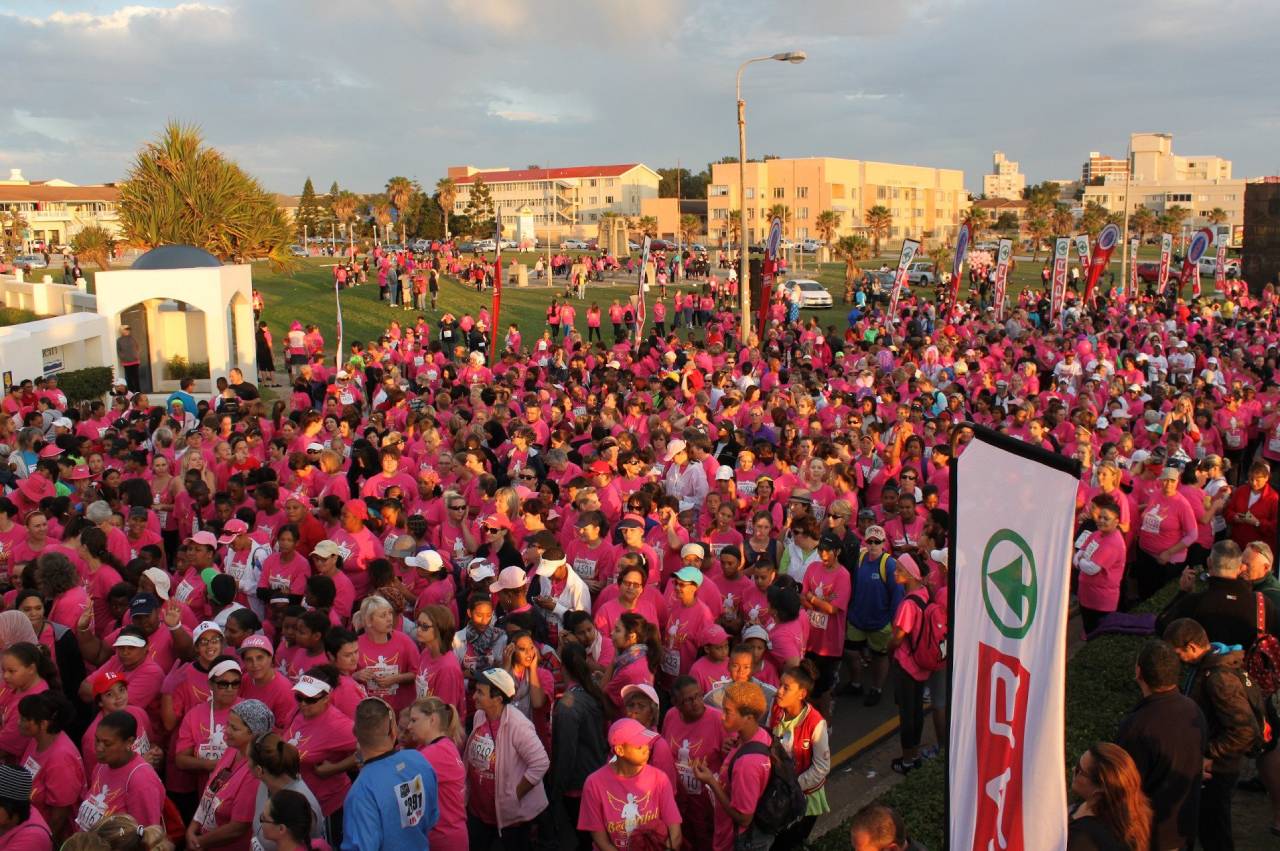 Owing to the nationwide lockdown and the cancellation of events involving large numbers of people due to the Covid-19 pandemic, all six SPAR Women’s 10km Challenge events scheduled for 2020 have been cancelled.

Although South Africans are currently allowed to exercise, they are not allowed to run in groups, making races involving thousands of runners impossible.  This is part of a worldwide trend that has played havoc with sporting events around the world and also in South Africa.

As a result, the very popular and lucrative 2020 version of the SPAR Grand Prix has not been possible.

In the SPAR Grand Prix, elite women athletes score points in all six of the 10km Challenge races and at the end of the year take home substantial cash prizes in various categories, including the open category and four age groups.

“We are very disappointed that one of SPAR’s premier sponsorships has had to be cancelled this year.  SPAR prioritises the health and well-being of all its customers and community members, including the thousands of women who compete in the SPAR Women’s Challenge series every year.  The decision was clear-cut.”

“We understand that many elite runners earn their living from running races and therefore we will be offering a total prize money pool of around R600 000 for the Grand Prix and, of course, this is over and above the very substantial prize money available in each of the races.” – SPAR Group Marketing Executive, Mike Prentice.

The good news is that SPAR will continue to hold the Grand Prix next year when the country opens up to mass participation events and it will be bigger and better than ever.

“We will obviously be guided by Government as we move into 2021, but we are already planning for next year.  We expect all six SPAR 10km Challenge races – in Nelson Mandela Bay, Cape Town, Durban, Pietermaritzburg, Tshwane and Johannesburg – to take place and, with them, the SPAR Grand Prix,” Prentice continues.

“We understand that many elite runners earn their living from running races and therefore we will be offering a total prize money pool of around R600 000 for the Grand Prix and, of course, this is over and above the very substantial prize money available in each of the races.”

“SPAR plans to celebrate the country’s return to competitive and social road running  in a big way.  We owe it to both our elite runners and the tens of thousands of women who turn up to run and walk the 5km and 10km events faithfully each year.

“We would like to thank everyone for their support for the SPAR Women’s Challenge series and SPAR Grand Prix in the past, and we look forward to welcoming everyone back when we return – bigger and better than ever.  In the meantime, we suggest that all the women out there keep training but, of course, according to the rules. Stay safe,” Prentice concluded.

The details of the prize money breakdown, plus many other innovations, are still in the planning stage.

2017 SPAR Grand Prix winner and Brand Ambassador Kesa Molotsane said she was devastated that the Covid-19 had such a negative impact on sport in South Africa.

“It’s such a pity that us women were unable to participate in the SPAR Women’s Challenge series this year. I believe that women will raise stronger and braver when approaching the SPAR Grand Prix in the next coming year.”

Molotsane said that despite the lockdown regulations she had kept motivated and a consistent training schedule so that when things turned back to normal she’ll be ready to compete at the highest possible level.

Multiple SPAR Grand Prix winner and co-Brand Ambassador, Rene Kalmer, added that she like Molotsane had kept up a training schedule and remained motivated throughout the lockdown period.

“This virus hasn’t been easy for any athlete and obviously the cancellation of the SPAR Grand Prix is disappointing but I applaud SPAR and their six women’s challenge races for acting in the best interest of everybody when making this difficult decision. I’m sure that many thousands of women who enjoyed the SPAR Women’s Challenge series like me look forward to a bigger, better and safer series next year.”