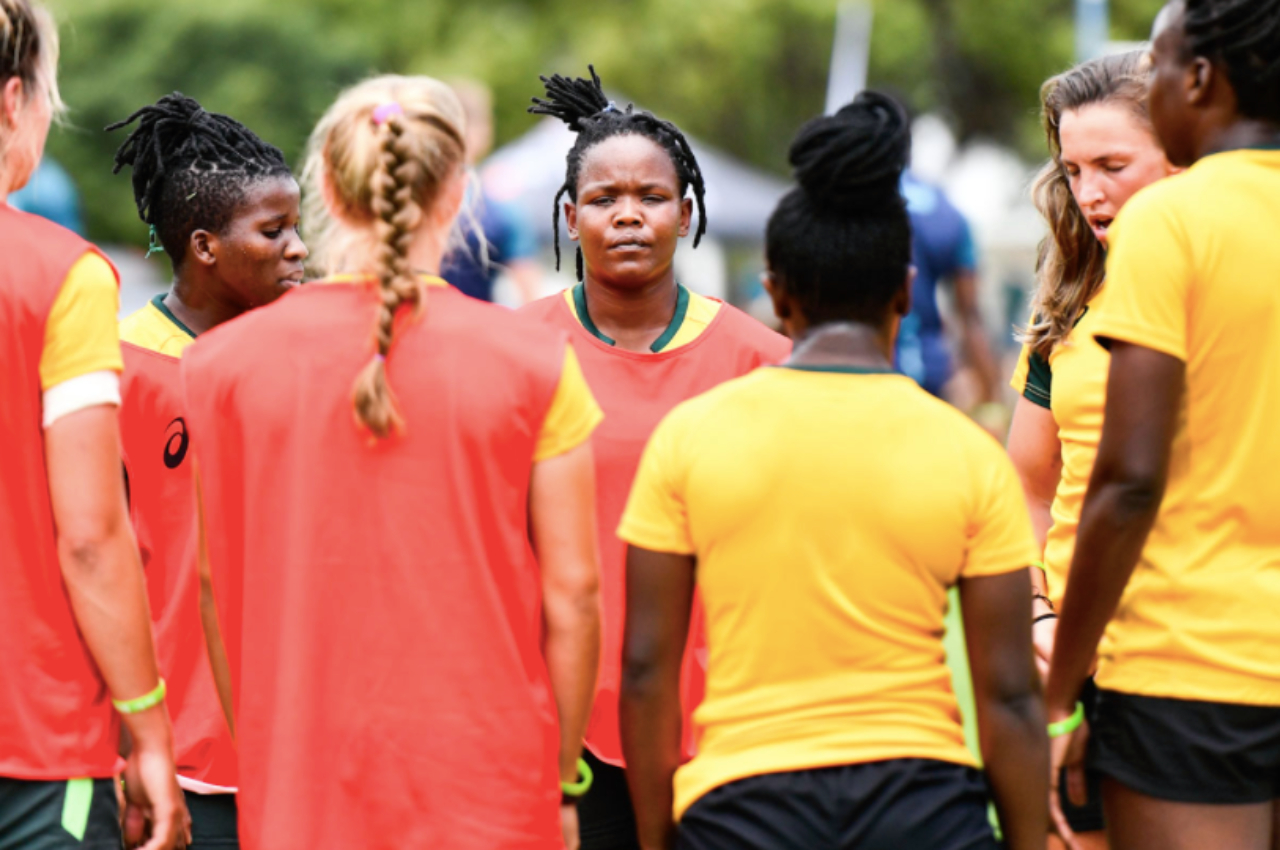 The third phase of the Springbok Women’s 18-month Rugby World Cup planning campaign kicks into gear on Sunday, when the team assembles at the Stellenbosch Academy of Sport, with national coach Stanley Raubenheimer inviting 33 players for their first assembly of 2022.

The Springbok Women will play France in the opening game of the global showpiece in New Zealand in October and will also face England and Fiji in the pool stages of the tournament, that was moved on by a year due to the Covid pandemic.

The squad contains most of the players that toured France, Wales and England in November last year, with only the Western Province duo of Azisa Mkiva (prop) and Nokubonga Siko (loose forward) uncapped at Test level.

Aseza Hele, a former Women’s Player of the Year, and Karthy Dludla were also called up. Both the Boland Dames No 8 and the Sharks lock are returning from injury and did not play for the national team in 2021.

Nadine Roos and Libbie Janse van Rensburg, who made their Test debuts in Europe last year, are recovering from injury and will not attend the camp.

Also not considered for the camp are Zintle Mpupha and Catha Jacobs, both of whom are currently playing in the English Premiership.

Mpupha (Exeter Chiefs) joined the squad on tour in Europe, while Jacobs stayed behind in England after the tour to trial with Saracens. With her work permit now confirmed, she is in line to play her first match for her new club this weekend.

“We are fortunate to have the likes of Aseza and Karthy back and we will have a close look at their fitness.” – Springbok Women’s coach, Stanley Raubenheimer

“We started with our Rugby World Cup preparations 18 months ago and this is the third phase of that, so we are well down the line already,” said Raubenheimer.

“We are fortunate to have the likes of Aseza and Karthy back and we will have a close look at their fitness, as well as that of the other players, as it is one of the main focus areas of this first camp.

“Unfortunately neither Libbie nor Nadine has recovered from their injuries sufficiently to join us for the weeklong camp.”

Amongst the invited players are nine players who also trained with the Springbok Women’s Sevens team this week.

“There is nice collaboration in our women’s programme and there are a couple of players who are in line to play for South Africa at the Rugby World Cup Sevens as well, which is great. The sevens camp gave us an early peek at the conditioning of those players already,” he said.

One of the dual internationals is Lusanda Dumke, who was named as the Springbok Women and Provincial Women’s Player of the Year for 2021 on Thursday, and said she was honoured and humbled by the recognition.

“I want to thank everyone involved in my journey,” said Dumke.

“The Border Ladies were immense as we claimed the Women’s Premier Division and gave me massive support as captain.

“At national level, to be able to play for my country was also very special. We are building towards the World Cup, and it is an exciting time for the squad, so I am really looking forward to this camp and our preparations.”

Dumke eyes a possible appearance at the Rugby World Cup Sevens in Cape Town too: “I love playing both codes and if I can play in both World Cups in the same year it would be huge for me.

“It is great to be in both squads as they test us in different ways, and we will be better players for it. I want to become the best player I can be, and those awards will certainly spur me on to keep improving. That was so unexpected, and I just want to say thank you to all concerned.”

Photo 1 Caption: The third phase of the Springbok Women’s 18-month Rugby World Cup planning campaign kicks into gear on Sunday, when the team assembles at the Stellenbosch Academy of Sport, with national coach Stanley Raubenheimer inviting 33 players for their first assembly of 2022. Photo: Springbok Women (Twitter)