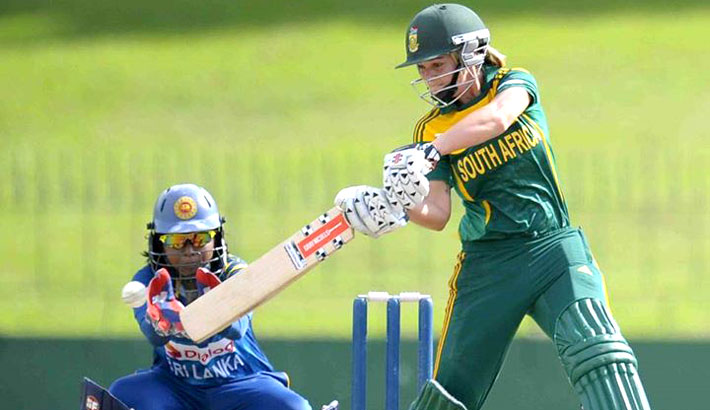 Sri Lanka women bounced back from their 2-1 One-Day International series loss to the Momentum Proteas by beating the visitors by a slim, seven runs, in the opening match of their three-match Twenty20 (T20) series at Colts Cricket Club in Colombo on Thursday.

The hosts posted 101/7 in a match that was reduced to 13 overs a side because of rain, after having won the toss and electing to bat first.

Shashikala Siriwardene and her captain, Chamari Jayangani scored 28 and 20 respectively, while Marizanne Kapp took two wickets for 16 in her reduced three overs.

In reply, Lizelle Lee and Dané van Niekerk steered South Africa to recovery after losing Trisha Chetty for eight in the second over.

They put on a 42-run, second-wicket stand in 5.3 overs before losing the latter for 15.

The visitors got into real trouble after losing Lee for 41 at the start of the 11th over, and only captain, Mignon du Preez, was able to add substantial runs before she was run out by Yasoda Mendis, also in the 11th over.

The rest of the line-up could not manage more than Shabnim Ismail’s unbeaten four off three balls as they scurried for runs, but to no avail, managing 94/6 before running out of overs.

South Africa get their chance to equalize the series tomorrow when they play the second T20 at the same ground at 09:50 (local time) and 06:20 (SA time).

Photo 1 caption: Momentum Proteas skipper Mignon du Preez (pictured) and Lizelle Lee were South Africa’s biggest hopes away to Sri Lanka in Colombo, but the home side’s rain-reduced innings of 101/7 was good enough for the opening win of the three T20I match series in Colombo, on Thursday, 23 October, 2014. Photo: Cricket SA on Facebook