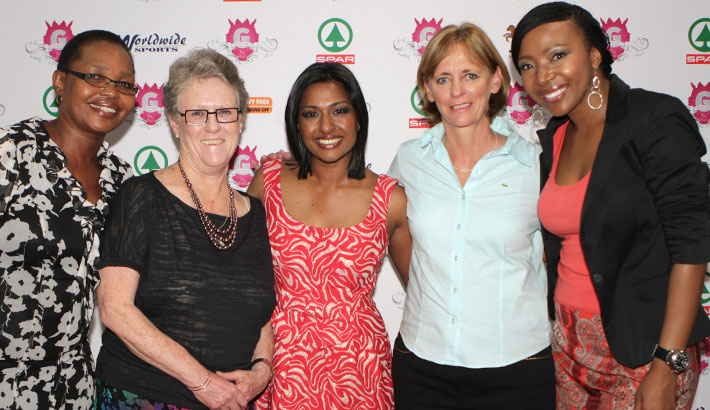 More than 200 public nominations have been received for the 2014 SPAR gsport Awards, with more than half of those lodged across the three Athlete of the Year categories, a number comfortably surpassing the 108 submissions submitted in 2013.

The gsport Awards are South Africa’s longest running women’s sports award aimed at lauding individuals who are doing their best to raise the profile of women’s sport.

Bramley, who has been on the judging panel since inception, says: “I feel honoured to have been asked to act as a judge once again. The SPAR gsport Awards are very important, as they are the longest running awards that focus exclusively on women in sport.

“Women in sport and women’s sports have an uphill battle to gain recognition in South Africa, which is why the gsport awards are so significant. I feel it is particularly important not to compromise on excellence when deciding who should be honoured.”

Eighties netball phenomenon, Gumede, says she will be looking for unique qualities in nominees.

“I recommitted as a judge to the SPAR gsport Awards because it is an honour for me to be amongst woman who work tirelessly, even when no one is watching. The unsung woman, who worked their way from zero to s/hero. Women who are committed to developing others and are driven by passion.”

Photo 1 caption: The 2014 SPAR gsport Awards will see the Judges narrow the field of over 200 nominations into three finalists per category, and will thereafter choose winners for the leading categories SPAR gsport Athlete of the Year; Athlete of the Year with a Disability; Up and Coming Athlete of the Year; Coach of the Year; Woman of the Year; and Woman in Media. Pictured with Kass Naidoo (centre) are this year’s judges, 2007 gsport Hall of Fame inductee, Hazel Gumede (far left); veteran sports journalist, Jane Bramley (second from left); world leader in visual performance, Dr Sherylle Calder (second from right); and socialite and businesswoman, Uyanda Mbuli (far right). Photo: Rebecca Hearfield / gsport