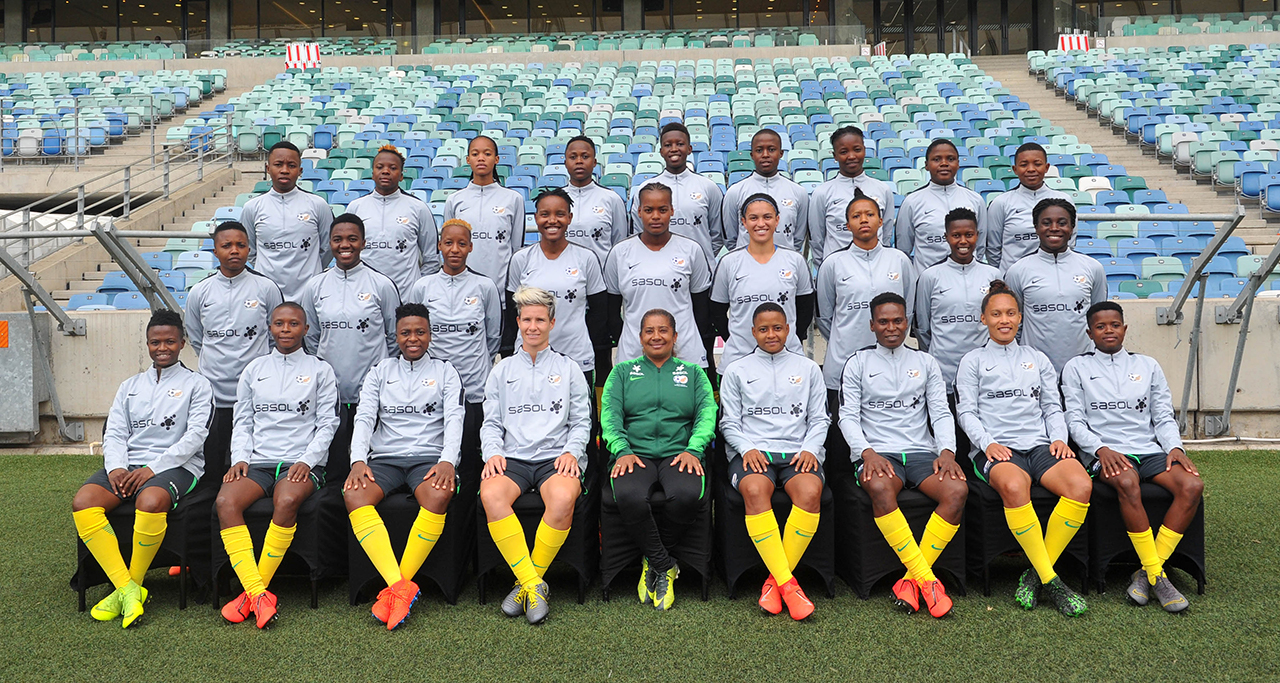 Sasol-sponsored Banyana Banyana will be without three key players for their upcoming international friendly match against world champions, the USA.

Sweden-based Leandra Smeda as well as Linda Motlhalo and Thembi Kgatlana, who play in China, will not be available due to club commitments as the fixture does not fall under the FIFA Calendar date.

“The absence of Thembi, Linda and Leandra comes at a crucial time of our preparation and you want to have your more experienced players available for such a big match, but unfortunately it is not during the FIFA calendar,” said Banyana Banyana head coach Desiree Ellis, who has announced a squad of 26 players for the match.

“Now is the time for the other squad members to show their mettle and grab the opportunity.” – Banyana Banyana head coach Desiree Ellis

She has called up three players who were not part of the last friendly match against Jamaica – goalkeeper Mapaseka Mpuru (TUKS Ladies) and defender Charmelle Wiltshire (Lamar University, USA) as well as midfielder Nomvula Kgoale (Louisiana Tech University, USA).

“We have brought in an extra goalkeeper to give more competition to the other goal minders. Mapaseka has played for the U20 national team and has been to several Banyana Banyana camps. She was also key in her team winning the Sello Mokoena Memorial tournament in Johannesburg recently,” added Ellis.

“Nomvula has played for Banyana Banyana before (2011 All Africa Games) and has also been to many training camps of the senior team. She is another utility player that was at the U17 World Cup in 2010 in Trinidad and Tobago (along with Jermaine Seoposenwe and Kaylin Swart – who are in the current squad). Charmelle has also played for the U20s and both players have gained some experience playing in the USA.”

“It’s a huge moment for players when you get the opportunity to play the World Champions.” – Desiree Ellis

Kgoale, Wiltshire, Ode Fulutudilu, Jermaine Seoposenwe and Nothando Vilakazi will meet up with the team in the USA. Fulutudilu is based in Spain, while Seoposenwe and Vilakazi have just signed for FC Gintras Universitas in Lithuania.

The clash against the USA is part of preparations for the 2019 FIFA Women’s World Cup in France taking place from 7 June to 7 July.

“It’s a huge moment for players when you get the opportunity to play the number one-ranked team, who are also the World Champions. You cannot ask for a tougher match to test yourself. We have played a few matches this year and did not get the desired results but each and every game showed an improvement,” said Ellis.

“It’s another opportunity to see where we at just about a month away from the start of the 2019 World Cup. Make no mistake this will be our most difficult game thus far. It’s also the final opportunity for players to once again fight for the spots in the World Cup squad which we will announce soon after this match.”