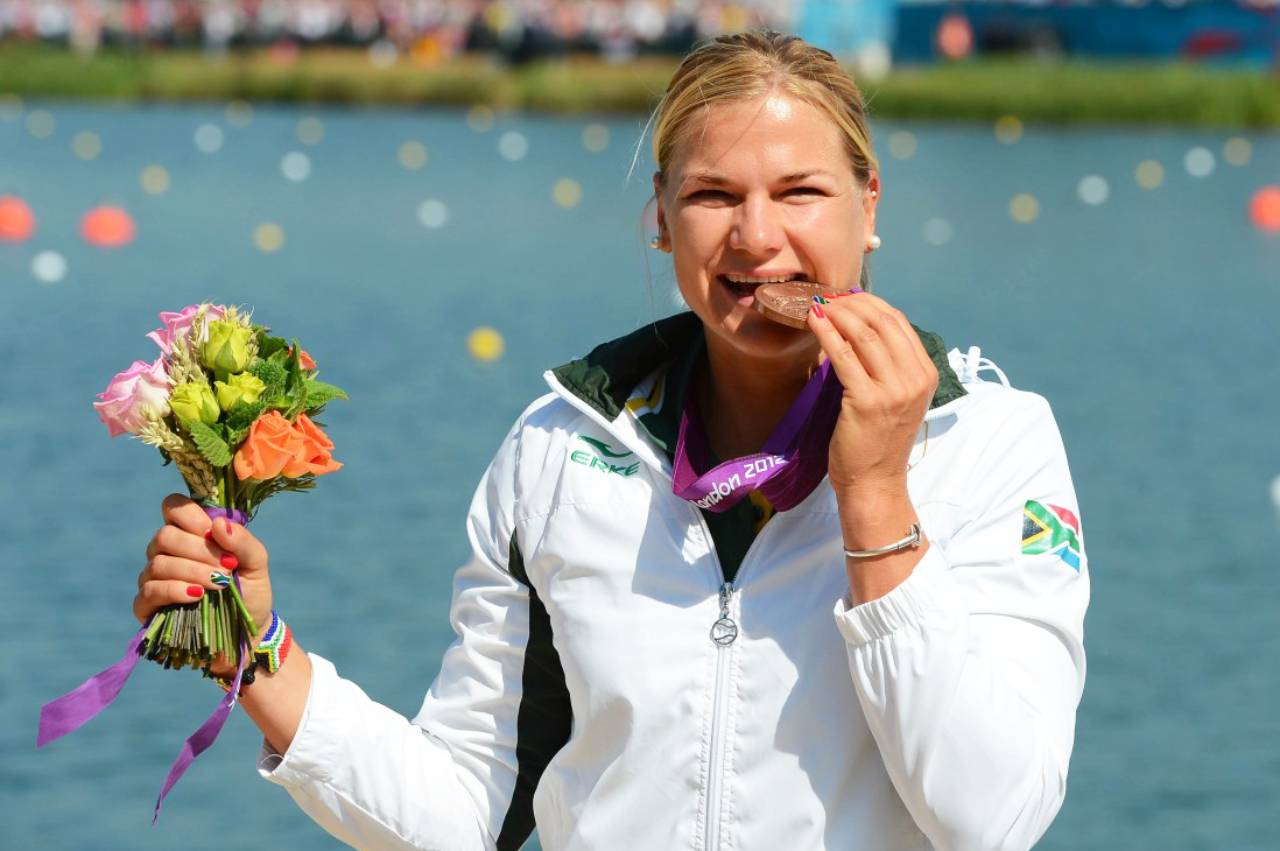 Step Into the Unknown for Hartley

With the Olympic Games rescheduled for July 2021, a cloud of uncertainty hangs over South African sprint queen Bridgitte Hartley’s career swansong due to the spread of the coronavirus worldwide.

After enduring a roller-coaster of emotions when her Olympic qualification secured at the continental championships was turned down, Hartley has been left with many unanswered questions as she trains behind fences at her father’s house in George with one eye set on remaining in shape and the other on whether the 2021 Olympic Games is still viable for her.

Hartley is South Africa’s most successful sprint canoeist with two World Championship medals and a famous bronze medal at the London Olympics in 2012. The 2020 Tokyo Games was going to be her last should she have qualified and she was planning on being in close to perfect shape for the qualifying event in two months’ time in Germany.

“Duisburg was hosting the final qualifying event in the third week of May,” Hartley said. “It was going to be the final chance for me to qualify for the Olympic Games and I was really excited for the event.

“I had been at a training camp in Florida and then was hoping to get in a few more good weeks of training before the event which would be the last qualifying event for sprints in my career.”

“Now that the dates for the event next year have been confirmed I’ll be able to make a decision on what I am going to do.” South African Olympic sprinter, Bridgitte Hartley

Hartley highlighted the plight that many athletes who represent South Africa in sports outside the mainstream face and with another year until the Olympic Games, she has some tough decisions to make.

“The Cinderella sports in South Africa are not nearly as well funded, so to make the decision that I am going to put off a full-time job to try and qualify for the Games next year is a massive decision.

“Luckily I don’t have the make the decision just yet but it’s going to be a massive financial sacrifice for me if I go that route.

“Now that the dates for the event next year have been confirmed I’ll be able to make a decision on what I am going to do.”

The 2019 ICF Canoe Sprint World Championships proved to be a tough event for Hartley as she was unable to use that as a direct qualification route and had to take part in the African Sprint Championships as the alternative.

“The ICF then gave us the green light but our final qualification spot was up to SASCOC.

“We were then told that May’s event was going to be the final chance that we were going to get to qualify for the Games.

“The quality of paddling in Africa has definitely improved and we have four K4 women’s boats which is fantastic to see so it is much more competitive than it has been in the past,” Hartley added.

Hartley’s career catch-22 has not stopped her from continuing her training regime although she has felt slightly deflated of late.

“I’ve got to keep that motivation up and I know that when the Games do come about I will be going either way because I am hoping to be elected onto the IOC’s Athletes Commission.” – Hartley speaking on keeping herself motivated

“I have the enthusiasm to train as much as I can but over the last few days I have lacked a bit of motivation but I think Monday’s are good ways to realign and I am back at it again, albeit in a much more confined area!

“I’ve got to keep that motivation up and I know that when the Games do come about I will be going either way because I am hoping to be elected onto the IOC’s Athletes Commission.

“That’s another potentially exciting adventure that I will be embarking on.”

Hartley’s career has been unrivalled in South African sprint circles and apart from her three international medals, she pinpoints a few other moments that stand out.

“I think my first Olympic Games in Beijing were hugely influential on my career,” she explained. “I got a taste of what the Games were like and what it took to get there.

“When I was at Tuks I was in the right place at the right time and being introduced to Nandor Almasi was another huge moment in my career.”

It’s definitely not the end of the road for Hartley who still wants to give qualification for next year’s Games a good crack, after which she plans to target a number of other important paddling disciplines.

“I would love to go to another Olympic Games because the fire still burns inside of me so I will do as much as I can to try and qualify for the Games.

“When I do retire from sprint paddling I don’t think I’m going to focus on one discipline but I think that flat-water marathons is probably the best discipline for me.

“The river season is only a few months of the year and I need to get in the ocean more if I want to paddle my surfski but I will continue to paddle as much as possible!”

Photo 1 Caption: After the recent announcement of the reschedule to the Olympic Games, South African sprint star Brigitte Hartley has had to reassess her goals with the Games shifted to July 2021. Photo: CSA Photo Archive