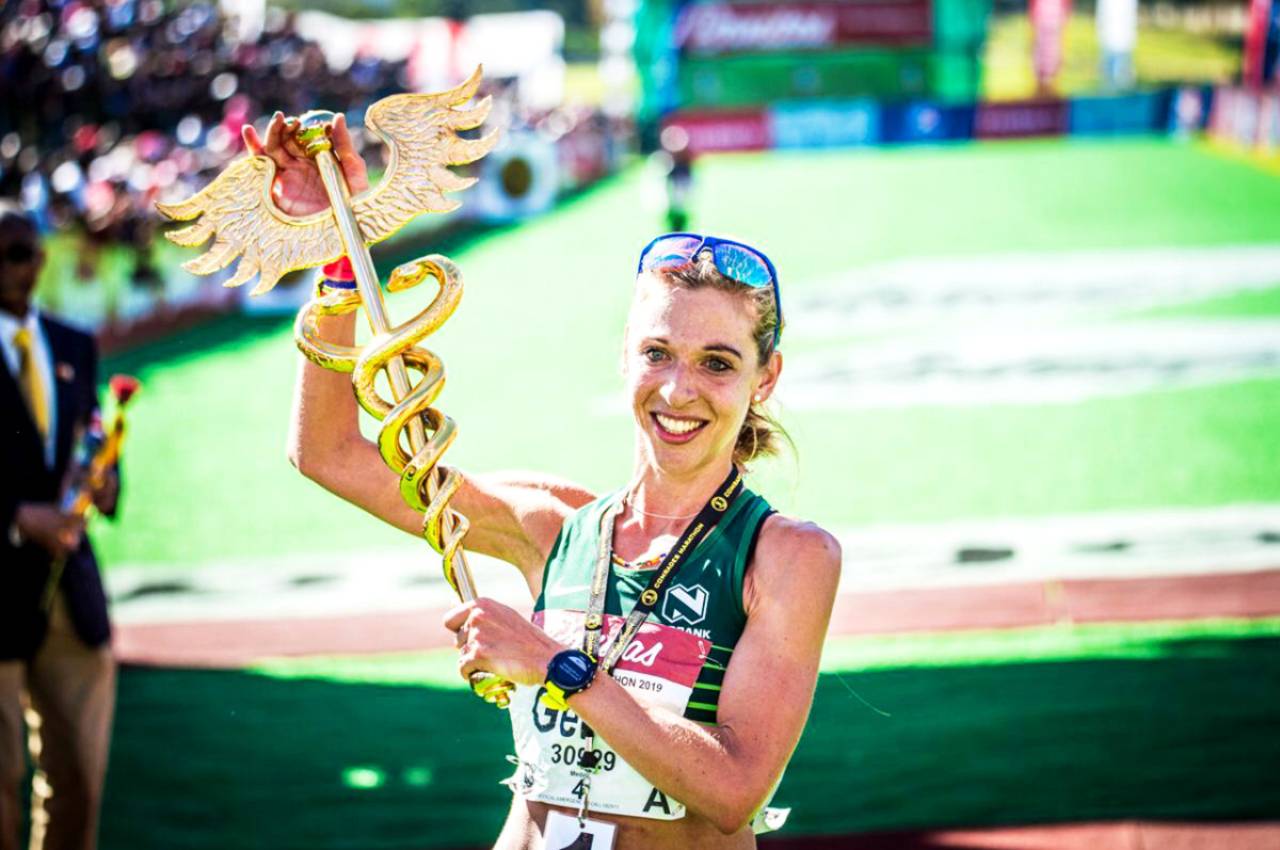 Steyn Out to Complete Olympic Time at New York Marathon

South African top road runner, Gerda Steyn is currently lining up for her second run at the New York Marathon on Sunday, 3 November 2019.

The Comrades Marathon champion and Up Run record holder has had a successful year so far and will be eager to feature amongst the world’s best runners in the world-famous Big Apple race.

Steyn has been putting in the work, if her posts on social media are anything to go by, as she prepares for the international event where she has taken to the races tracks to work on her endurance.

There is no secret to becoming the best athlete you can be, but the combination of doing all the LITTLE things right can make a BIG difference!!
⛽️Practicing race fuel is one of those pieces of the puzzle⛽️?? #tracktuesday #fortheloveofmarathons #beyourbest pic.twitter.com/M3aWrYYHYH

Her outstanding Comrades victory which saw her cross the line in a time of 5:58:53 and narrowly missing the long-standing record by seconds in the Two Oceans Marathon, will be some of the key factors to boost her confidence going into the race on Sunday.

Steyn will also be looking to complete an Olympic qualifying time for Tokyo 2020 and will need to cross the finish line in under 2:29:30, which is almost two minutes faster than the 2:31:04 time she ran on debut in the Abbot Major event last year.