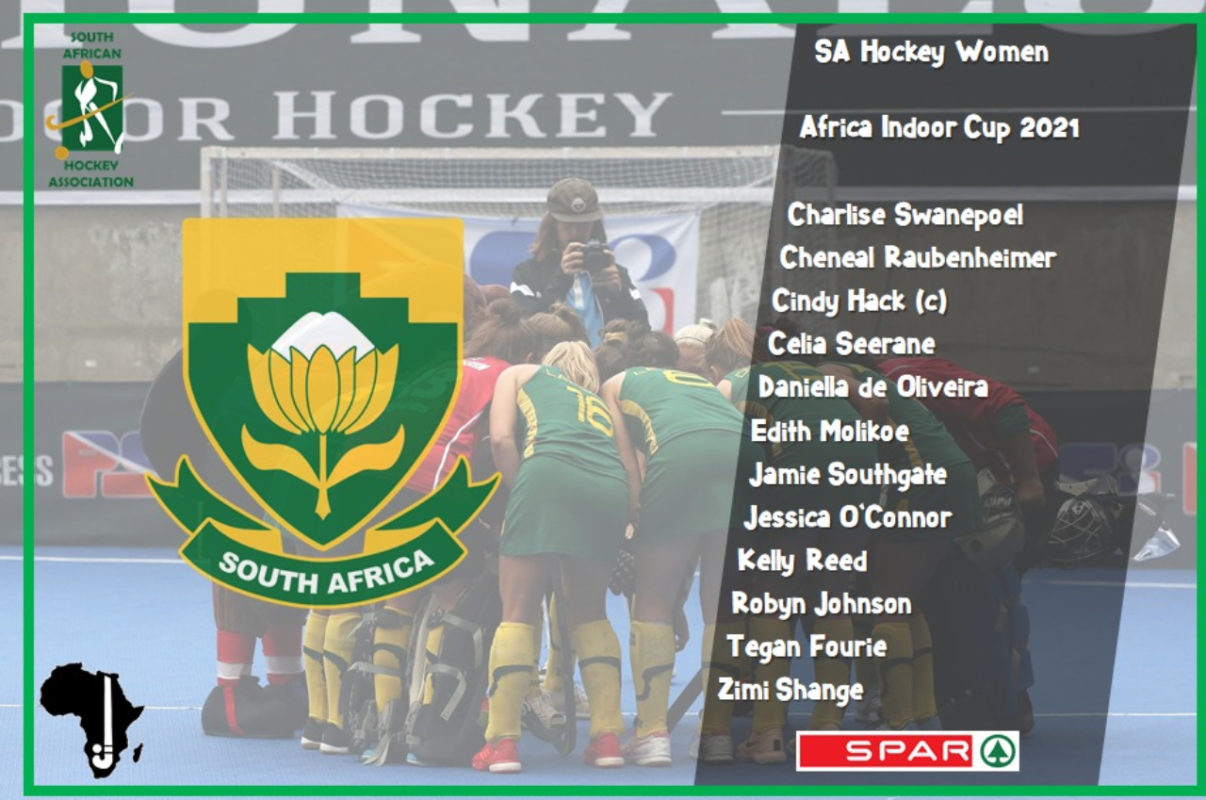 The South African Hockey Association announced the team that will represent the country at the African Indoor Cup – African Hockey’s Indoor World Cup Qualifier – in April in Durban.

Cindy Hack and fellow centurion Jess O’Connor will be paramount to the South Africans goals of winning back the tournament from Namibia and securing the spot at the Indoor World Cup in Belgium next year. The two centurions are also joined by experienced playmaker Kelly Reed and Celia Seerane (Evans) in a team brimming with talent.

Tegan Fourie, Jamie Southgate, Edith Molikoe, Robyn Johnson and Zimi Shange are all closing in on their own milestones of 50 Test caps and the fact that they have graced the international courts with some of the world’s best players like Janne Muller-Wieland, Alex Heerbert and Marlena Rybacha will hold them in good stead for sure.

It’s been almost 16 months since the team last played, but that was on the back of a wonderful run of form including series victories against Switzerland, Ireland and Poland. They will undoubtedly look to bring that form back as soon as they are on the court together again in Durban.

Charlise Swanepoel from Mpumalanga will have her first opportunity to wear the national smock in goals, while Cheneal Raubenheimer will also win her first cap for SPAR South Africa. Exciting young Daniella de Oliveira is the third of the new caps in coach Lennie Botha’s squad.

“I am incredibly proud of the effort the team have put in throughout the difficult COVID Pandemic. We have had to make some difficult decisions, but our selection team have put together a squad of players that I believe will provide us with the best chances to win the African Indoor Cup,” shared Lennie Botha.

“We also want to thank SPAR for trusting in our process and supporting our team the way they have!”

The tournament will see South Africa, Namibia and Botswana compete to earn the right to represent Africa at the 2021 Indoor Hockey World Cup in Belgium.