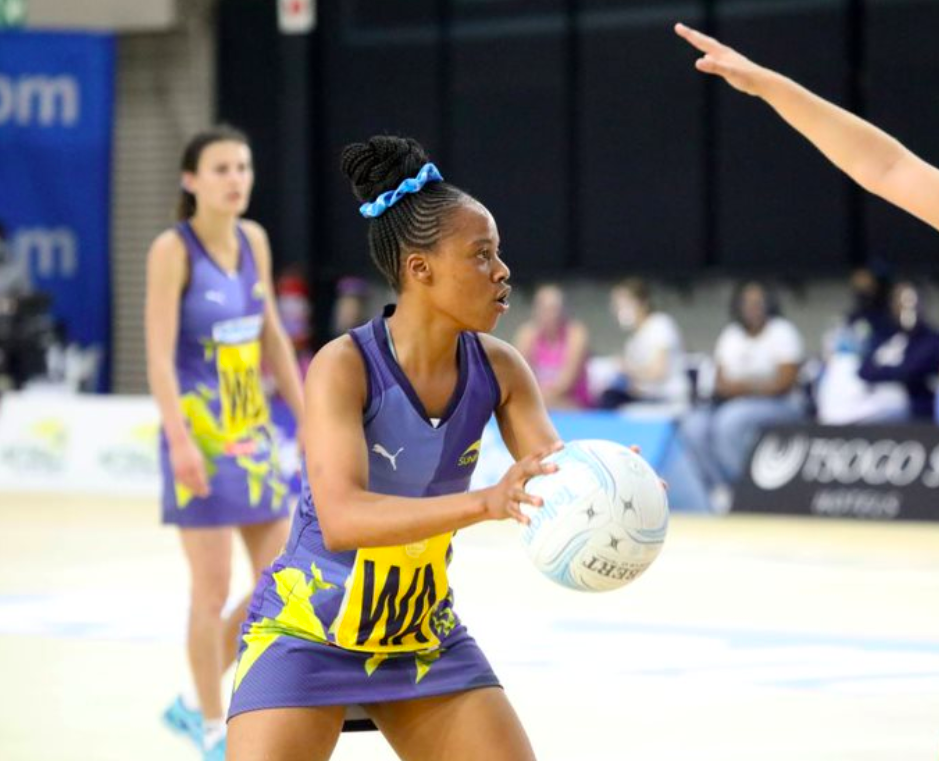 The Sunbirds and the Diamonds locked horns in an invigorating clash that went down to the wire on Thursday, 9 September 2021.

The Sunbirds had a seven-goal lead in the first quarter, but the Diamond’s willpower saw them level the score at half time. Pressure was mounting on both shooting circles to convert those goals when the game was 43 all in the last five minutes. Diamonds coach, Karien Opperman asked for strategic stoppage time to calm her girls down, but mental strength had to come in play for both sides and at the end it was Sunbirds’ shooter, Alyssa Trahms goal that secured them a 47-46 win in the last five seconds of the game.

Trahms had an eighty three percent goal average after scoring twenty out of twenty-four attempts. The Diamonds got more intercepts and turnovers than the Mpumalanga team but were unable to use those to their advantage. The Diamonds got to have a taste of their own medicine after beating the Queens by two goals in the dying minutes of the game yesterday. Opperman says her players lack composure, “It is a little bit disappointing, but I also know my girls were fighting all the way. There are times where I feel they need to control their nerves and get the placement of the ball right, but this is a team sport and they fought as a team.”

The Fireballs and the Flames were up against each other as both sides went into this game looking to break their winless streak in the competition. The Gauteng team succeeded after a close 45-41 win, and they will be hoping to build on that in their next game against a solid Stings team. Fireballs coach, Rozanne Matthyse believes her team is ready for their next encounter, “Our game plan has been working for the past few games, but our error rate has been very high. We are going to work on tight defense and making sure our second ball works. It’s going to be hard against the Stings, but my team can do it.”

The Eastern Cape derby between the Aloes and the Comets lived up to its expectations, but it was the Aloes who collected vital points after winning 44-33. Comets Goalkeeper, Juanita Van Tonder displayed a player of the match performance but the turnovers she created were not converted by the shooters. The Aloes took control of the game from the third quarter and capitalized on their opponents’ mistakes to win the match.

Meanwhile, the Limpopo Baobabs maintained their unbeaten run in Division 2 following their 47-36 victory against the Kingdom Queens this morning. The Queens led 12-10 in a closely contested first quarter but trailed behind by four goals in the second quarter. Both teams kept going at each other, but the Limpopo side remained consistent in the last two quarters and were able to get the ball safely into their shooting circle to make it count.

Queens coach, Zola Starke lamented on her teams’ inability to follow instructions, “Same old problems. We make turnovers but we don’t convert them and today we made a lot of unforced errors. My shooter was overwhelmed in the second quarter, she was unable to get free, so I changed my Goal Attack to Goal Shooter. She concentrated more on her pain because she is injured but the team is still doing well. The little ones that I’m putting on are standing their ground.”

The third match of the day saw the Free State Crinums redeem themselves after beating the Kingdom Stars 49-40. The Crinums were looking to improve after being stunned by the Stings yesterday. They had a slow start to the game, trailing 12-10 in the first quarter but picked up their momentum from the second quarter. Crinums coach, Burta de Kock says she still wants more from her players: “We will never be happy with that start. It was a slow start but good character for the second and the third quarter. We are not that consistent, but we will pick up.”

Photo 1 Caption: The Sunbirds and the Diamonds locked horns in an invigorating clash that went down to the wire on Thursday, 9 September 2021. Photo: Netball SA (Twitter)