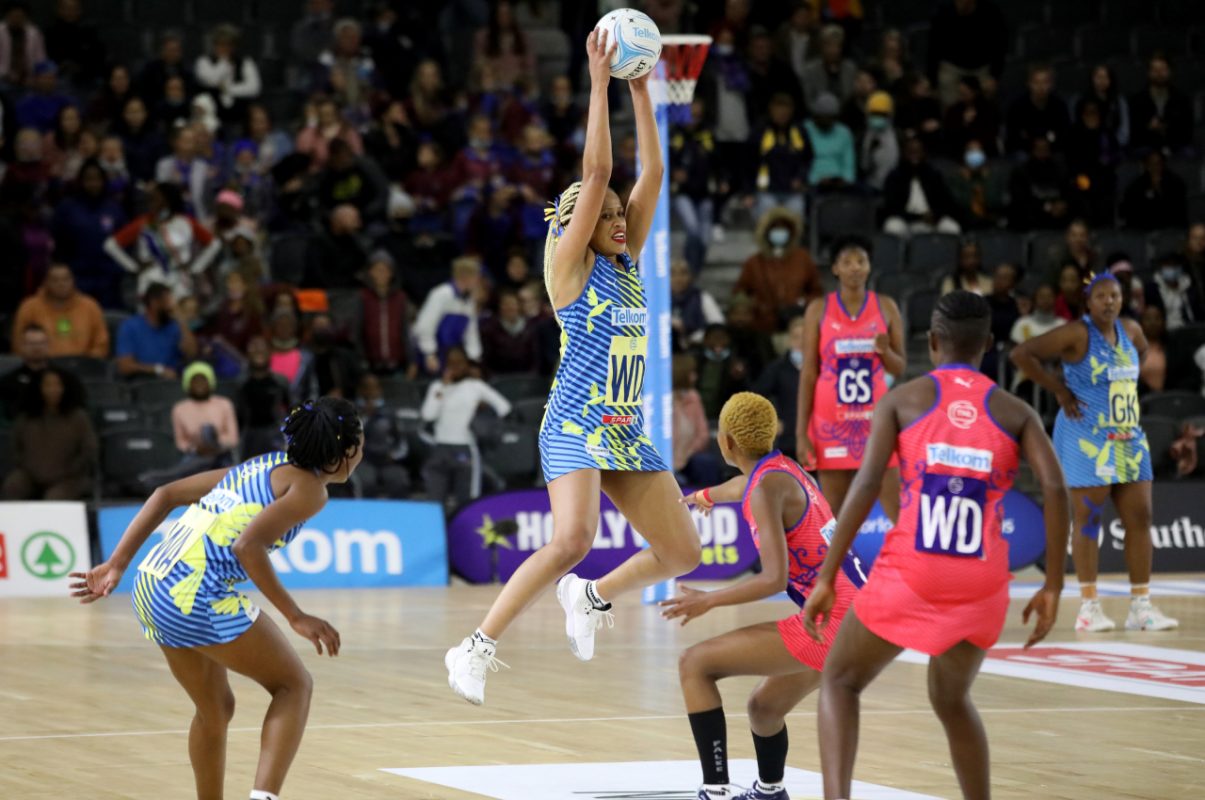 The 2022 Telkom Netball League resumed in Pretoria at the Heartfelt Arena on Friday, 20 May 2022, after a two-week long hiatus following an entertaining Power Week in Durban.

The Eastern Cape Aloes and the Western Cape Tornados got the second leg underway, with the Aloes reminding every other team in the division of their dominance with a solid 52-36 win. The Tornados had plenty of misses in the first half and the Aloes banked on those opportunities to open a ten-gap lead which they were able to extend to finish off strongly.

In the second match, Bongiwe Msomi’s Player of the Match performance fired the Golden Fireballs to victory after beating Kingdom Stars 54-30. Msomi handed over her accolade to her teammate Nomfundo Mngomezulu who she believes has been phenomenal in the tournament. Meanwhile, Stars coach, Marguerite Rootman shuffled her deck in an attempt to change the narrative but still fell short in the end despite winning the last quarter 10-9.

The final game of the day went in favour of Mpumalanga Sunbirds who held their nerve to beat Limpopo Baobabs 48-43. The Baobabs gave away a three-quarter lead when the Sunbirds changed gears in the last seven minutes of the game and equalized through Goal Defense- Tumelo Nkoe’s intercept. Sunbirds supporters on the grandstand also didn’t make life easier for the Baobabs, who struggled to keep up with the exerted pressure from the Sunbirds. This boosted the Sunbirds confidence and they slowly drifted away in the dying minutes to win the match by a five-goal margin.

Photo 1 Caption: Tumelo Nkoe of Mpumalanga Sunbirds in action against the Baobabs at Heartfelt Arena in Pretoria on Friday, 20 May 2022, as the 2022 Telkom Netball League resumed after a two-week long hiatus following an entertaining Power Week in Durban. Photo: Thuligraphy Images