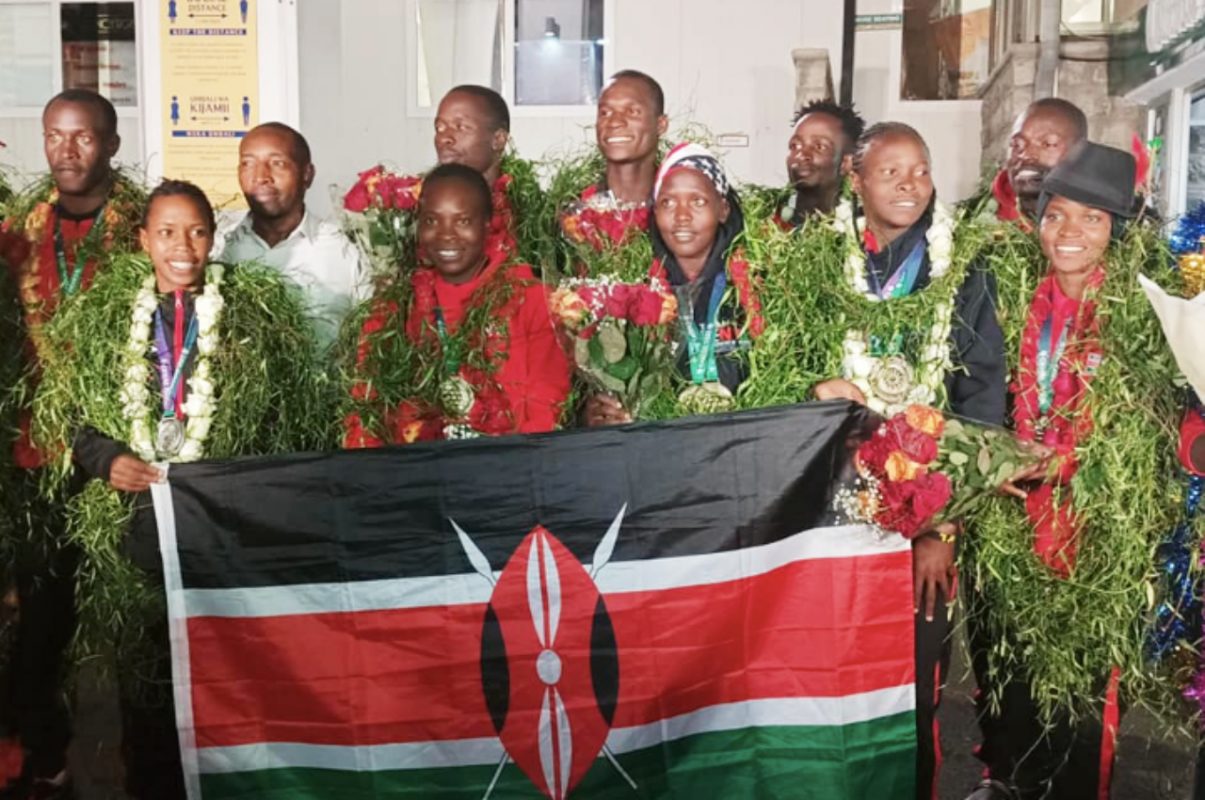 Kenya wrapped up their assignment as Africa’s top performer at the 24th edition of the Deaflympics Games in Caxias do Sul, Brazil

The team finished by finishing 11th globally and 1st for Africa.

The East African champions clinched 24 medals comprising 5 gold, 7 silver and 12 bronze, which is the country’s best-ever performance at the Games.

24-year-old Sharon Jeptarus’s glittering performance in the 1500m saw her winning a silver medal on her debut race at the Games. Jeptarus crossed the line in 4:49.98 behind Anastacia Sydorenko of Ukraine.

She also played an instrumental role in helping her team win silver in the 4×400m event.

Beryl Atine Wamira produced a top drawer performance as she won a silver medal in the women’s 200m event. The silver medallist later went on to win bronze with the women’s 4×100m relay team.

In the team events, the Kenyan ladies’ handball team suffered a 24-15 defeat to Brazil in the bronze medal match. Denmark outshone Turkey 18-16 in the final.

The women’s basketball team made their second appearance in the competition finishing sixth.

The next Deaflympics games will be held in Tokyo, Japan in 2025.

Photo 1 Caption: Kenya wrapped up their assignment as Africa’s top performer at the 24th edition of the Deaflympics Games in Caxias do Sul, Brazil. Photo: NOCK-Olympics Kenya (Facebook)