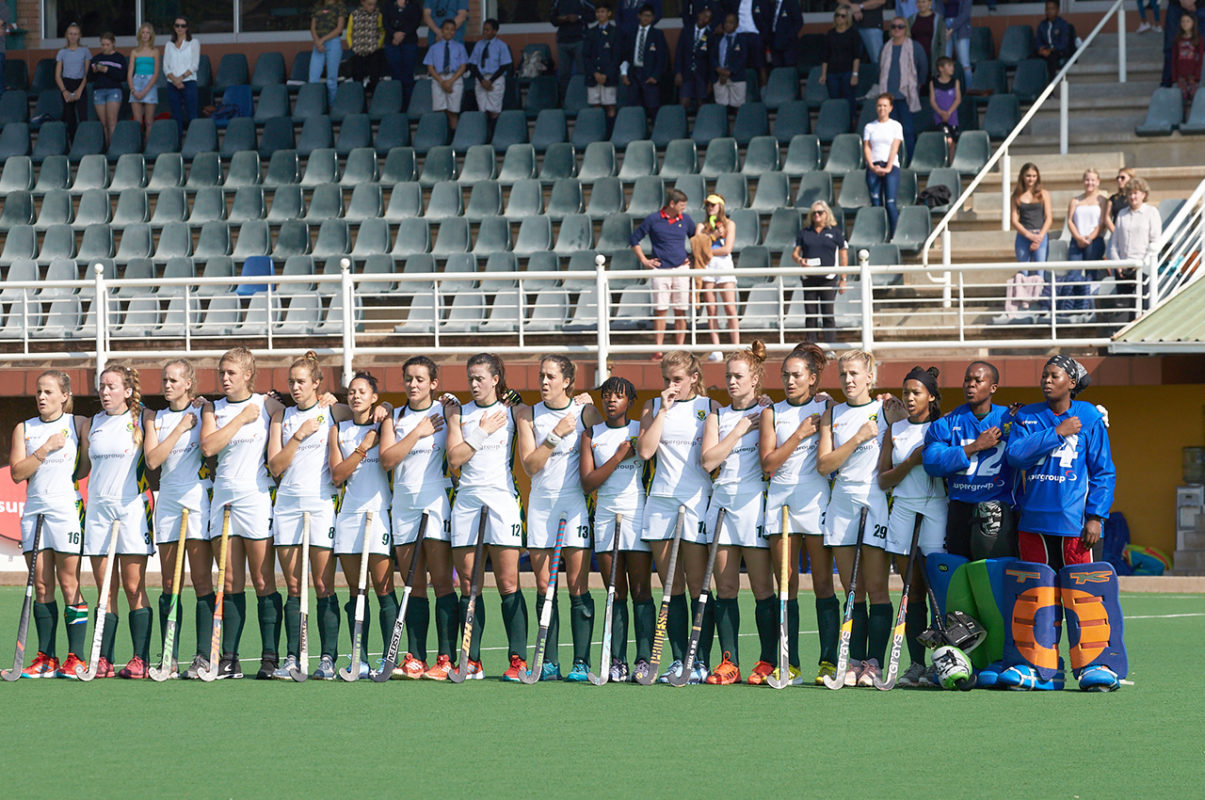 Its objectives achieved from the series for SuperGroup South Africa as they sealed a series whitewash over their African neighbours Namibia.

In the first home test match for the South African Women’s Hockey team since the FIH World League Semi-Finals in July 2017, there was a massive sense of excitement to have the National team playing at home again.

A String of Firsts for South Africa

Along with playing at home for the first time in two years, the series also offered test debuts for Hannah Pearce, Nomnikelo “Nicky” Veto, Robyn Johnson, Tegan Fourie and the youngster in the team, Bianca Wood.

Their opposition would be a determined Namibian side featuring several of the African Indoor Champions, also preparing for their own trip to Spain. Their coach Erwin Handura, also coach of the indoor side, was determined to limit their opposition chances and set up with a very defensive game plan.

South Africa, wearing their splendid new Grays Hockey kit, looked to impress the crowd at Randburg and did just that in a series where they kept three clean sheets, while scoring 11 themselves. Two of those goals were firsts as well: Nicky Veto and Izelle Verster both netted for the country for the first time.

Quanita Bobbs ended the series with the most goals having netted a brace in the third test, with nine other players each getting one.

Although South Africa were always expected to beat the Namibians – who are ranked significantly lower, it was the manner of the victory against a team heading to the same tournament in Valencia that will please the South African management team.

“We have one more camp, and then we are headed to Spain in a good position.” – Robin van Ginkel

“We had five new caps, so it’s a newish side, but I’m very happy with how we have stepped up in each game. Our counter cover and defence were good, and limited Namibia’s circle entries,” said Robin van Ginkel.

“It is such an honour to play for your country and to be given the opportunity to lead your country is incredibly special,” shared new captain Erin Hunter.

“I look to lead by example, and hopefully that is what is best for my team.” – Erin Hunter

After a long break from International hockey its great to be here again. We don’t play for ourselves, we play for our country and the people who support us!”

Photo 1 Caption: South Africa line up for the national anthem, ahead of the second test against Namibia at the Randburg Astro in Johannesburg, on Saturday, 26 May, 2019. Photo: Robert Swanepoel / Run Ride Dive