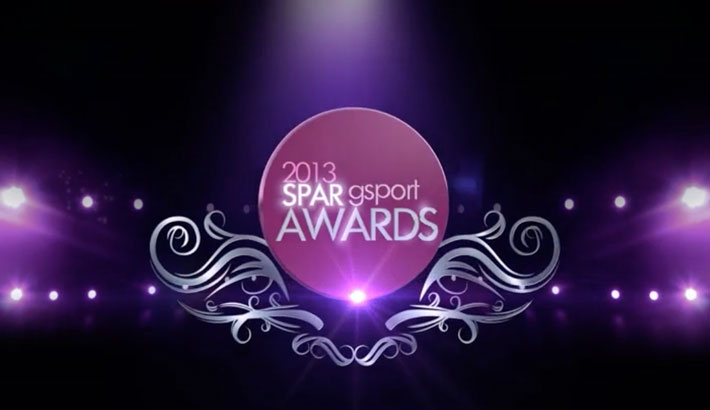 At a time when women’s sport is gaining recognition at a faster rate than ever before, SuperSport – the best and most successful provider of premium pay-television sports coverage across the continent of Africa, leads the way in broadcasting the widest variety of women’s sport on television in South Africa today.

For the second year running, SuperSport provided another example of its fine Audio/Visual work led by Jan Harm Schutte, lending a touching and memorable start to the 2013 SPAR gsport Awards, at the Wanderers Club in Johannesburg, on Wednesday, 20 November, 2013.

Inspiring opening video montage to kick off @gsport4girls awards. This is going to be amazing! #SPARgsportAwards pic.twitter.com/J8oxyklqA9

“SuperSport identifies with the recognition and rewarding of champions, and the SPAR gsport Awards do this,” noted Luyanda Peter, Senior Marketing Manager at SuperSport International, of its support of the annual Awards promoting South African women in sport.

“It is important for the media to highlight and profile the women sport heroes, so that all the youngsters have role models to look up to.”

“In order to meet our vision, we cover as many different sporting codes as possible,” continues Peter. “The coverage of women’s sports allows us to talk to a very important segment of our target market.”

SuperSport has been quick to respond in the positive in this growing market, snapping up key live rights, memorably in the netball field with coverage of incoming and overseas netball internationals, as well as the first two years of the very popular Netball Diamond Challenge, featuring the best of African talent.

This, in addition to its generous coverage of athletices, running, hockey, and internationally among others, the WTA tennis tour, the Fast5 series in New Zealand, select tournaments in the Ladies Tour golf, swimming, soccer, and global events like Olympic Games and Commonwealth Games.

With a firm emphasis on the roots that have grown the internationally-recognised broadcasting institution, Peters says proudly: “SuperSport is an African company that is the biggest supporter of sport on the continent. It is the de-facto home of all the major sporting codes in South Africa and the rest of Africa.”

Photo 1 caption: A screenshot of the Opening AV by SuperSport, that ramped up the emotions ahead of the unveiling of the 2013 SPAR gsport Awards winners, hosted at the Wanderers Club in Illovo, Johannesburg, on Wednesday, 20 November, 2013.

Photo 2 caption: SuperSport Operations Manager Desiree Flint calls up the 2013 gsport Up and Coming Athlete of the Year, Nathania van Niekerk, on the promising swim star being unveiled as winner of the public vote at the 2013 SPAR gsport Awards, hosted at the Wanderers Club in Illovo, Johannesburg, on Wednesday, 20 November, 2013. Van Niekerk’s popularity saw her home in a strongly-contested category also including SA’s no. 1-ranked golfing amateur, Nobuhle Dlamini, and junior track star, Gena Lofstrand. Photo: Rebecca Hearfield / gsport