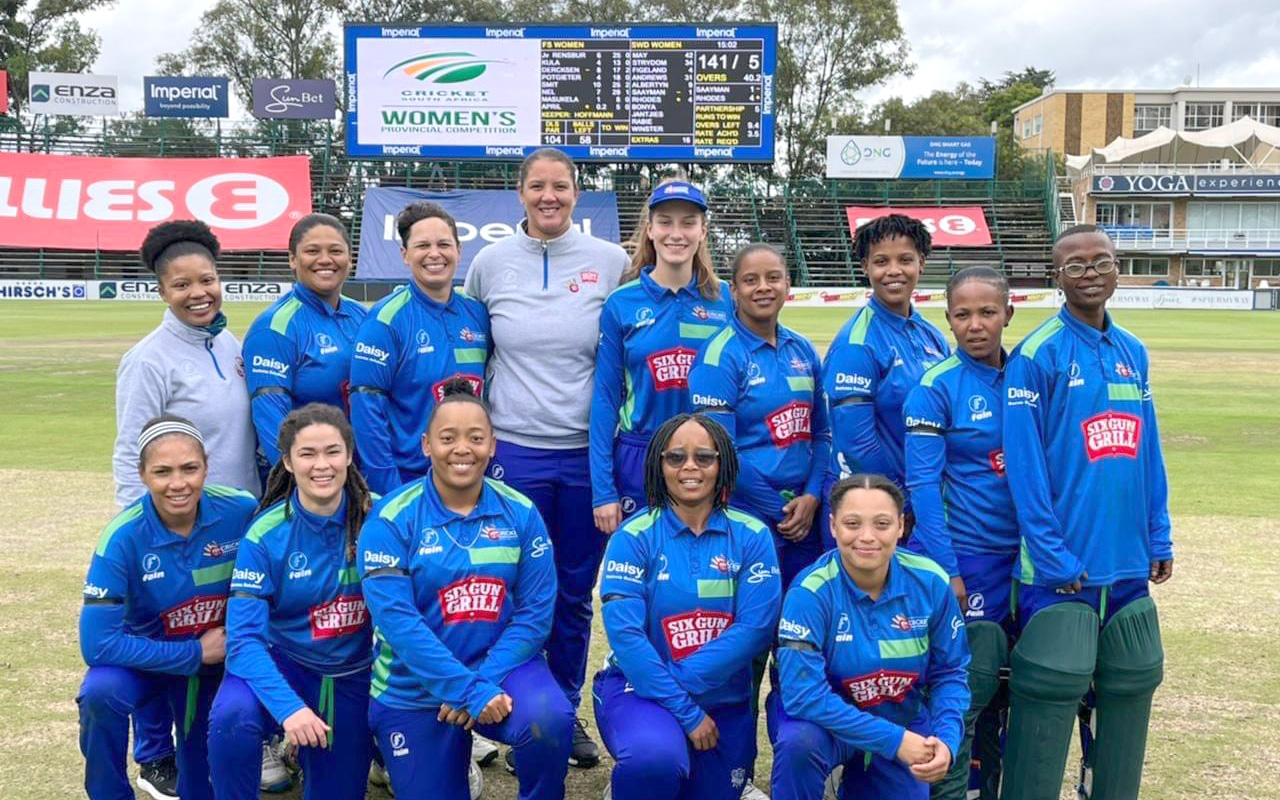 The Six Gun Grill SWD Women’s team will play in the Cricket South Africa (CSA) Women’s Super League (WSL) next season in a big boost to women’s cricket in the region after the team won promotion to the Top Six with a victorious showing in the recent CSA women’s inter-provincial competition.

SWD topped Pool A of the CSA women’s inter-provincial competition and played Pool B winners, Free State, for a place in the WSL competition, at Imperial Wanderers, winning by five wickets to secure promotion.

SWD captain Haroline Rhodes had elected to field after winning the toss and the women from SWD limited the women from Bloemfontein to 138 runs for 9 wickets in 21.2 overs.  Free State’s Yolandi Potgieter scored a brilliant 46 runs from 78 balls as the rest of the batters were blown away by great bowling by SWD’s Vuyolwethu Bonya. Bonya took 5 wickets for 14 runs in 3.2 overs to lead the victory charge.

The SWD run chase was built on a solid partnership of 79 runs between Mochelle May with 52 runs from 85 balls and San-Mari Strydom with 24 runs from 85 balls. Micheala Andrews was outstanding with the bat in hand and scored 31 runs from 38 balls to see SWD over the run chase in the 41st over to secure a 5 wicket victory over Free State, with SWD ending on 141/5.

“On behalf of the cricket fraternity I would like to congratulate the SWD Women’s team on their achievements and would like to wish them all the best in the Top League,” said Claassen.

SWD was unbeaten in the Cricket SA Women’s competition and  topped Pool A of the inter-provincial competition. The Six Gun Grill SWD women concluded their season unbeaten in both the limited over and T20 formats to see them get promoted to the Super League.