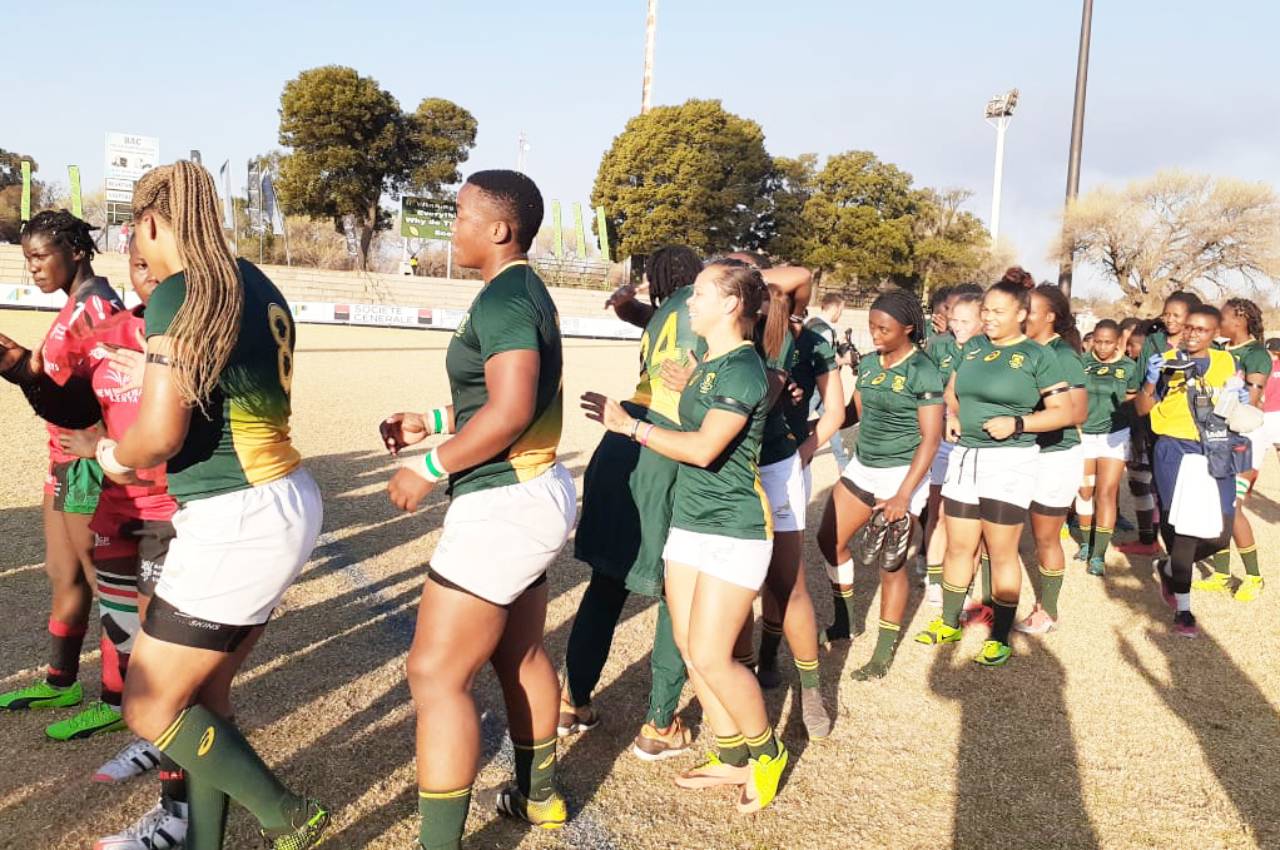 There are exciting times ahead for the Springbok team after successfully qualifying for the 2021 Rugby Women’s World Cup in New Zealand. The Boks completed three match victories against Uganda, Madagascar and Kenya in the qualifiers that took place at the Bosman Stadium in Brakpan.

Throughout the qualifying stage the Boks showed off impressive performances, however there were instances that head coach Stanley Raubenheimer felt that his ladies could have done better when he had made mention of improving their accuracy in attack, working on their defence and kicking game.

A Moment That the Ladies in Green Have Cherished

The team, however, has two years to make sure that they are all in order and that they work on improving the areas they have highlighted before jetting off to New Zealand for the world showpiece.

After failing to compete in the previous Rugby World Cup in 2017, this is a moment that the ladies in green have cherished as tears streamed down their faces last week Saturday, 17 August, when the final whistle blew in their 39-0 win against Kenya and they had finally booked their spot for the World Cup.

Photo 1 Caption: The Springboks players all smiles after their final 2021 Rugby Women’s World Cup qualifier against Kenya, where the Boks earned a 39-0 victory at the Bosman Stadium in Brakpan. Photo: gsport